The 25th of June - The celebration that isn't happening 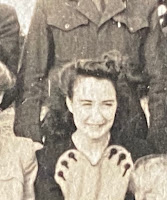 On the 14th April, my Aunt Audrey Shaw passed away from Covid19 aged 89. I marked this with a memorial blog. Today would have been Audrey's 90th Birthday. My Facebook page is full of messages from various family members posting messages of love for Audreys birthday. Saturday would have seen a party for Audrey (that wouldn't have happened as we follow the restrictions, unlike some people in Westminster). It is a very mixed day for me. It also happens to be my wife's birthday. As I write this in our studio reception (I am at work), she is out somewhere with her sisters, presumably drinking Prosecco and enjoying a picnic).

Every day, I walk past the house Audrey lived in for 35 odd years in Goodwyn Avenue, until moving to be near her daughters a couple of years ago. I miss her, I'd often nip in for a cuppa and a chat. She was lucky because she lived independently right up to the end, only spending the last couple of weeks in hospital, even then communicating via her iPad. I last spoke to her a week before she passed and before the infection had been diagnosed. She was in good spirits.

What troubles me is that in recent days, I've seen more and more tweets from the lunatic fringe of Twitter, claiming all manner of things. They seem to believe that Covid19 doesn't exist, that a vaccine for it is a bad thing, that the lockdown is all a giant conspiracy to turn us into slaves, that Boris Johnson is Pol Pot and Adolf Hitler rolled into one. I'm not a fan of Boris, but such nonsense helps no one. People who can't add up use made up statistics to back up nonsensical arguments. 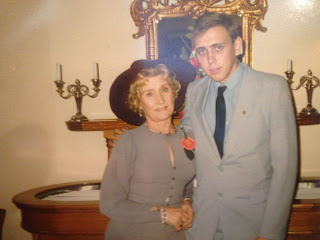 It is at times like this that I most miss my Mother. My mother was fiercely intelligent and remembered the times before the NHS, being born in 1925. She remembered the times before vaccines, not least because she nearly died of diptheria in 1937, when there was a major outbreak in the UK. She spent six months in hospital.  Back in 1998, we had a party, to which my mother attended as well as a friend who had young children. The friend made the mistake of informing my mother that she was not going to 'let the doctors vaccinate her baby'. My mother delivered the most withering dressing down I've ever heard. She said "In 1954,my eldest son Laurie had Polio. He nearly died and still has a limp, would you really want to inflict that on your child? We've wiped out Polio in the UK because we are lucky enough to have a vaccine. Why would you expose anyone to that?" She then recounted the horrific experience she had in an isolation hospital aged 12, watching children arrive, grow weaker by the day, die and depart in a coffin. I've no idea whether my friend saw the light regarding vaccination, but she certainly avoided my mother like the plague after.

We are lucky to live in an age when we have the choice. London during the bubonic plague had no choice. There was no science, the vectors of transmission were not understood. Some people want to return to an age of unreason. They think that some bloke in America with a webcam, posting videos on Youtube, is more trustworthy than the chief medical officer of the UK, who has spent decades learning the science of his job. I have no doubt that these blokes sometimes cringe at what Boris and Dominic Cummings say and do, but they are public servants, I also get that they recognise that Boris is Prime Minister because he won a democratic election, so they have to work with him. I don't think they are always 100% onside with the decisions Boris takes, but I suspect that they recognise that his job at the moment is impossible, as no one knows all the variables in play.

The bottom line for me is that I want Boris to be right, because if he's wrong, there will be more misery. I want a working vaccine to be developed, because then we will all be safer. I trust the chief medical officer to tell us the truth and deliver a safe immunisation programme, because I don't believe such people are evil and part of a mass conspiracy to kill us all. As to the idea that Bill Gates is orchestrating a huge conspiracy to kill us all. My brother in law is a senior medic in the USA. He has spent his life saving people, of all colours, creeds and classes. Unlike me, he understands the science of this. If he tells me there is evidence of a mass conspiracy, I'd listen. He hasn't. It's a free country, you can choose to believe the bloke in his bedroom with a GCSE in general science, who as seen a video on Youtube that 'sets the record straight'. Personally, I'll stick to the people who have the qualifications and drink a glass of sherry to Audreys memory tonight.