Corona Virus - The winners and the losers

How did you sleep last night? 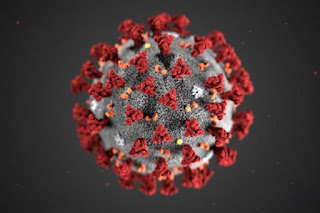 What I saw was profoundly upsetting and disturbing. This was the front line of the corona virus war. For those who don't know what the term front line really means, it dates from the first world war. The front line is where you are most likely to die.

The closure of cafe's have given the homeless nowhere to warm up during the day. The 15 who stayed with us last night were lucky, as temperatures froze in Mill Hill (Thick frost on the car this morning), those sleeping rough get no respite. One poor soul had an asthma attack, as he'd lost an inhaler. The ambulance took 4 hours to arrive, by which time thankfully the attack had passed and he was soundly asleep. The ambulance crew told us the service had 9,000 calls when they normally have 6,000. The homeless cannot realistically socially isolate, they need the mutual support. Many have health issues. They are being thrown to the wolves. I realised that the homeless are one of the biggest group of losers from this crisis. In any such situations, there are always losers. As I tried to doze off, I started to become quite angry about it all. I am not angry with Boris, or Rishi Sunak for their response. Of course they've made some mistakes, but they are only human, and it is a massive situation to deal with. I genuinely don't believe there is a massive conspiracy. It is ironic that we are now living under the most socialist regime of our lives. Massive emergency investment in the NHS, massive social help for firms to keep people in work. The situation has exposed the myth, dating from the time of Thatcher, that there is no such thing as society. Their clearly is and Boris has made it clear that we need to be responsible members of it. That was why I volunteered for the night shelter. I realised that I probably raised my own risk levels by attending. I was sensible, kept a distance, sanitised and hand washed. I am glad I did. There was a realistic possibility that the poor chap with asthma may not have got through in sub zero temperatures with an asthma attack and no hot food. My personal health is currently good. My immune system is in order. I believe that I am unlikely to have a bad reaction should I get covid19. I am lucky, in that my family are around me and safe, and none are in high risk groups. A night sleeping in a church, brought me closer to God and gave me a pause to consider the situation in its full context.

The truth is that the situation has winners and losers. If you imagine the situation as a pie, some are getting a huge slice and some are getting very little. Some firms will go under, some will post record profits. Supermarkets, small food shops and food delivery services are big winners. Everyone seems to have a full larder. In a situation such as this, some are taking full advantage of the situation, whacking up prices, exploiting us. Sadly, the greedy souls in our society who care not for the rest of us are fuelling this.  Shops charge £20 for a tub of hand sanitiser because some people can afford to pay it and don't care. That excludes everyone who that is half of their weekly shopping budget. As regular readers will know, I buy my meat at Gerards Boucherie in Daws Lane. The food is quality and Gerard is always good value for chit chat. On Friday, he told me that he'd been cleaned out of eggs. Someone had posted on social media that he had eggs. Immediately a guy turned up, who he'd never seen before who bought four dozen. Gerard hadn't seen the post, so assumed the guy was having a party. The next customer bought three dozen, when he queried why, he was told that she'd seen a post on Facebook that he had eggs and needed to stock up. Of course she may use them all, be baking cakes for the community, but it would be criminal if any of those eggs sat in the larder and went off. Gerards prices have not gone up. He told me, with disdain, the prices other retailers were charging. He's been part of the Mill Hill community for decades. He knows that when the crisis is over people will remember. The retailers who don't see this are actually being very short sighted.

The winners in the crisis that supermarkets and delivery services are taking on staff, many of which work in sectors such as the music industry and bands. My worry is that when the panic buying subsides and people have full larders, these staff will be laid straight off. Chemists and suppliers of health products are also likely to do well.  People working for firms that produce hand sanitisers, soap, PPE equipment are also likely to be safe. I suspect that the emergency services will have a lot of (not necessarily wanted) overtime. Companies that provide on line services and entertainment will do well. I should imagine that software developers who provide on line systems for firms will also be working flat out.

And the losers, well that is just about everyone else. Every firm I know is battening down the hatches, working on resilience and survival. Pubs, cafe's, restaurants, gyms found out on Friday that they will have zero income. Whilst from a national survival perspective, this is not wrong, it will devastate those businesses. For most of these, the problems are financial. Sadly this is likely to have serious mental health issues for some. Firms on the brink simply will not get through. This is likely to have a huge impact on many areas of the economy. I expect a slump in commercial rents. There is likely to be a huge swathe of companies closing, which means empty shops, offices and kiosks. Even with rent free periods, rates holidays, the govt paying 80% of staff costs, if your company was just hanging on, this will be the final straw. The knock on of this will be for their accountants, lawyers, software providers etc.

Then there are the elderly and those with underlying health problems. They are faced with long periods of social isolation. Yesterday I was taking the sun in the garden, when I heard voices over the fence. I have neighbours in their seventies, their daughter was visiting for mothers day. They were meeting in the garden, keeping their distance. I've known the family for years, I didn't really know whether to laugh or cry. They are friends with my auntie who is 90 this year, so we had a little chat and I was able to say that if they needed anything, just ask. I am pleased they are taking it all seriously. I owe them one. In 1981, when I returned from Stockholm, I had no money at all. My parents were away, I happened to run into Joan, who asked me around for dinner. As she only had two daughters, she was amazed how much I ate. She lent me £2, which was saw me through. Now is the time to properly replay the debt (the £2 was paid the week after, when I got a job). This is what local community is. For those who don't know me, I bought my parents house in 1987, after my father died. Please look after elderly friends, neighbours and relatives as best you can.

If I'd written this blog yesterday, I suspect I may have left it there. But after what I saw last night, I realised that the biggest losers of all are the socially excluded. The homeless, the marginalised. With health issues, a reliance on the goodwill of others, a constant battle to stay warm, to get food, to get money. They can't pay £20 for hand sanitisers, or a fiver for an egg. They have no cooking facilities. If you see a homeless person on the street, get them a coffee or some hot food. There is talk that the government and Barnet Council will be putting them up in hotels, I hope this is the case, but if it doesn't happen, please consider volunteering at a scheme if you are young, fit and healthy. Many of the volunteers at our scheme are elderly, we need to cover them. If you don't they will not let the homeless go cold and hungry, but that really isn't how it should work, is it? Lets face it so many of us are happy to stand in crowded supermarkets, queue for tills etc. We will take the risk for a bog roll or an egg, so why not for people who are vulnerable.