The Wednesday Poem and the Barnet Cultural round up

An Ode to the London Borough of Barnet 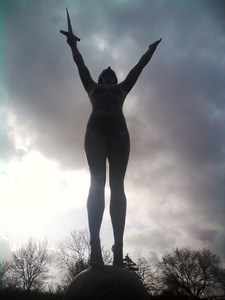 For fifty seven years, with a break in the eighties
I've lived in the Borough with some very good maties!
So I thought the time was overdue
To share my favourite places with you.

I had a crush on the lady by Henleys Corner
Who had no clothing to adorn her
She should be the emblem of our Borough,
A masterpiece, there can be no other

As a Mill Hill boy, the Mill Hill Tandoori
Has been the site of many a story
If I'm feeling flush then it's The Good Earth
The food is pricey but it justifies its worth

As a local  there  just one football team,
Hadley FC are the team for me,
Their nick name is the Hadley Bricks
A team of style, class and tricks


This weeks round up.


This Sunday at Old Finchleans! 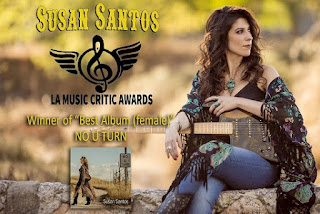 Spanish Rock-Blues guitar queen SUSAN SANTOS returns to the UK after high profile European dates with ZZ Top’s Billy F Gibbons, Supersonic Blues Machine and Joe Louis Walker, to promote her new ‘No U Turn’ album. A European Awards winner for Best Performer, and Best Album Award winner at the LA Music Critics Awards, she’s an old school, self- taught left handed guitarist who has made her name globally with her own rock-blues into Americana material. After several bands, she moved to Madrid in 2009 and formed her own power trio which mixes blues-rock American roots music. She’s toured all around Europe, USA & Mexico and her new No U Turn album is her 5th and was recorded in LA and mastered by Peter Doell (Glenn Frey, Steve Miller, Willie Nelson, Tom Petty). Last year she was also nominated for a Texas Sounds Music Award. “Susan Santos is a guitar hero. She has chops to spare. She is a monster in the studio, overdubbing well performed layers of guitar that sound live and immediate. Santos is also an accomplished songwriter who crafts sturdy, hook laden numbers.” Blues Blast USA "She’s got an understated confidence that bubbles to the top, via snaking guitar lines at the core of a song-driven album, full of energetic arrangements, sparkling solos that illuminates her considerable abilities" “No U Turn” all fit together seamlessly and flow like the best albums always do.” Getreadytorock.com Stand by for a new guitar hero, Susan Santos!


The Builders Arms this weekend 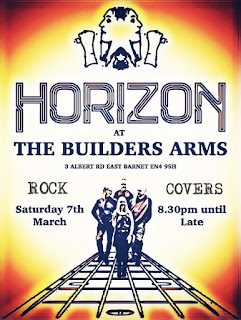