The weekend has been lovely with no social media 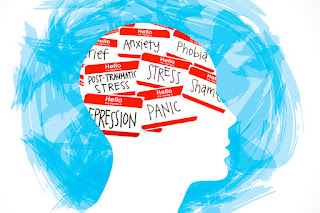 What is quite interesting was the number of people who looked at my blog for this Saturday, where I hadn't cross posted it on social media. This was roughly the same as the previous Saturday.
When the Election campaign in Edgware is done and dusted, I am very minded to take a complete break from Twitter and Facebook. I won't close the accounts down, I'll just ignore them as much as possible. If and when my studio staff can come back to work and I can take some time off, I am very tempted to go on a retreat somewhere very far away and properly chill out.
This break has made me realise that checking Facebook and Twitter before you've had your first cup of tea is a silly thing to do. I suspect that when the pandemic is over and we have real lives to live, they will reap the whirlwind they've sown with all of this rubbish we are bombareded with. I lived for 40 odd years very happily without social media. We all did.
I think that the pandemic has put all this in sharp focus. Whilst there has been nothing else to do and no other way to keep in touch, it has been useful, but as I realised last night, at the Claddagh Ring as the third pint went down, sitting under the heater with friends, real life is much more fun than a digital one.
And before you ask, yes the blog will continue. I enjoy writing it and it seems a few people enjoy reading it. Have a great Sunday.  Here is my 'cheer me up' Playlist, if you need a boost!