Am I alone in feeling terrified of the future?

I recently turned 57. If you knew me, you'd know that I am an optimistic and generally happy go lucky person. Many people tell me that when they meet me, I am not at all like the personality of my blog. I am a naturally very lucky person. For reasons I can't fathom, God has generally smiled on me. I was lucky to be born with the parents I had. I've been lucky with the friends I've made. I've been lucky in love. My kids are great. I play guitar in an amazing band, with some fantastically creative people. I've been lucky in business. I've even been lucky with my blogging. For reasons I can't quite fathom, people seem to enjoy reading the blog in vast numbers, I've even been lucky blogging.

With all of these marvellous things going on, I have found myself becoming ever more terrified of the future, for reasons I can't really understand. When did it start? I can pin a date on it. January 10th 2016. That was the day David Bowie died. It seems to me that the transition of Bowie from this plane to the celestial one, resulted in a strange shift of the axis of the earth. Sure, before 2016 bad things happened. We saw 9/11, we saw the credit crunch and the global crash. We saw the Iraq war. We saw all manner of terrible things. David Cameron was the Prime Minister at the time. Although I found him , smug, arrogant and charmless, I sort of thought he was Prime Minister material. If you had to have a Tory running the country, apart from Ken Clarke there are few I'd have preferred.

But as we recovered from our new years hangovers, the Bowie death was like a jolt. I had a deep sense of unease for months after. I don't know if it was just because Bowie was such a pivotal figure in my life. As a North London musician, you couldn't help but be influenced by and love Bowie. I suddenly found that I couldn't listen to Golden Years, my favourite Bowie track. It was as if the Golden Years were now behind us and we were in for a time of plague and pestilence.
David Cameron announced the #Brexit referendum. This destroyed all trust we had in our politicians. They launched, en mass into a lie fest. Boris painted a massive Porkie on the side of a bus and started hurtling around the country in it. George Osborne lead a campaign that was as slippery as it was ineffective for the #Remain side. They split the country down the middle. 37% voted leave 35% voted remain and 28% didn't vote. Over a quarter of the people eligible to vote declined the offer. Didn't they care or where they just too put off by the porkie fest. There is no such thing as 'the 52%'.  There was not a majority of voters for #Brexit. The hard Brexit mob changed their stance from 'negotiating a deal will be the easiest thing in the world' to 'We want to leave with no deal'. 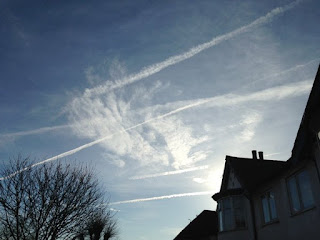 The best advice we've got, which was the leaked Yellowhammer documents show this would be a disaster. The hard #Brexiteers claim this is part of 'Project fear', which when you think of it is ridiculous, because it was never meant to be made public. The concept that the government would commission a secret report that they didn't want the public to see, to terrify them into backing remain is insane. I can't see any way out of the mess. The country is hopelessly divided. Many people I know are avoiding life long friends as they don't want to have the #Brexit conversation. People who have always been mild mannered and reasonable have become frothing balls of rage. 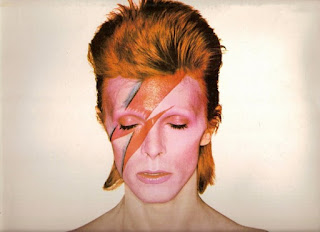 The country has responded to the challenge by letting the Tory party appoint Boris Johnson, a man best known for being a tactless buffoon. People who previously couldn't stand him but support Brexit now are placing their faith in him. Others who had admired his tenure as London Mayor, now are scared to death. The most positive thing I can say about Boris is that he's not Donald Trump. Trump makes Boris look like a paragon of virtue. Sadly Trump is the most powerful man on the planet. At a time when we need wise and pragmatic leadership, we have a man who conducts diplomacy through Twitter. Not only that, but a man who has fostered an atmosphere where qualified scientists are abused and pilloried. This is done so that big business can continue to damage the environment. We are facing a huge threat from climate change, but the one man who could make a difference doesn't care.

Every time I turn on the news, the world seems to be tilting more and more towards disaster. I have three grown up children. I feel that my generation has failed them. We will just leave them smoking debris to play on. We had a beautiful planet and we are systematically trashing it. I used to think I'm lucky, I have had so much, but I am simply a passenger on a bus being driven over a cliff by a maniac. Am I alone in feeling this?