Back in the 1960's and 70's when I was growing up, there were some pivotal moments when our family switched brands. Things that had been seemingly permanent fixtures suddenly disappeared and were replaced with something else. Here are the ones which left a lasting impression

1. The Sun -> The Guardian. My mum used to read The Sun. She said it had amazing writers such as Nancy Banks Smith. Then one fine day in 1969, Rupert Murdoch bought it. I will never forget it's arrival, complete with resplendent topless page three girl. My mum nearly had a heart attack and it went straight in the bin. The subscription was immediately changed to The Guardian, where Nancy Banks Smith had decamped to. For the record, my Dad always stuck with The Express.

2. Sharwoods Mango Chutney -> Branston Pickle. In our house, ham sandwiches on a Sunday afternoon was a tradition. These were liberally smeared with Sharwoods mango chutney. Then one day, my Dad saw an advert for Branston Pickle. He bought a jar and decreed that it was far better on ham sandwiches than the Sharwoods mango chutney. I have to confess that I have switched back. Whilst Bransto9n is superior on a good cheddar cheese, Sharwoods is actually far better on anything else. 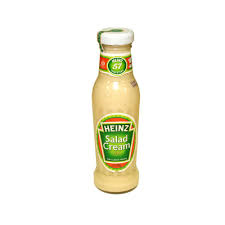 3. Heinz Salad Cream -> Hellmans Mayonnaise. Like every household in the 1960's, we had a bottle of Salad cream. A salad was lettuce and tomatoes with a liberal dollop of the tangy gloop. Then my sister bought a jar of Hellmans and never again did Salad Cream darken the door. These days, I make my own dressings and such items as avocados have been added to the salad. My old, dearly departed friend Paul Hircombe once confided in me that he knew he'd smoked too much cannabis when he developed a craving for salad cream. I went off Mayonnaise when I worked near a Pret store. I loved their sandwiches and would have one every day for lunch. I then realised they all contained Mayo, eventually I couldn't stand the taste and the soggy texture it adds.

4. Coop 99 Tea -> Typhoo. My Mum was a firm believer in the Co-op. She'd always buy their 99 tea, Then they closed the Mill Hill Branch, so we were stuck. She moved to Typhoo. Mrs T prefers Yorkshire these days.Years later, I did an IT contract for Streamline, the card processing company. Their office was 99 Leman Street. I was fascinated to learn that this was the former head office of the COOP.It urned out that this was why the tea was called 99 tea.

5. OMO - >DAZ. My mum was always keen to watch the pennies. She always bought OMO, but TV advertising persuaded her that DAZ was a better bet, I'm not sure. We have those gunge capsules now. My Dad suggested that she should do "The Daz challenge" and do a comparison, but she was having none of it. OMO was the number one brand, but it seems to have completely disappeared.


6. Humber -> Ford. When we were little, my Dad used to love Humber cars. They were big and had walnut panelling. Then one day, he turned up with a Ford Zephyr 4 with the number 3456 VT. He told my sister Val that it was her special car. It was followed by a Zodiac, A MkIII Capri and then a Mark V Cortina Estate. My Dad liked technology and hated the romantic notion that old technology was better. He told me that Ford cars were designed by big fat Americans so were the most comfy cars for large men to drive. Over the years, I have found this to be true. Although they lack the finish quality of BMW's and Mercedes, I find them to be the only cars that are not claustrophobic.

7. Electric -> Gas. My Dad was not a fan of gas. He used to work for the Charters Towers Electric Board in Queensland, Australia and so felt about electricity rather like I feel about Manchester City. When I was small, he was very proud of our electric storage heaters. He used to tell us that soon all electricity would be generated by nuclear power stations and would be dirt cheap. By 1976, faced with mounting bills and a freezing cold house, he succumbed to my mothers complaints and converted to gas. He wasn't happy, but he loved a toasty warm house. I still have the same house, bought it from my mum when he passed away, still toasty warm, although we've had a few boilers since. There was a funny story about the installation. My Dad didn't trust Gas, so he took the quote from the Gas board which was twice the cost of all of the others. He also signed up for their five star servicing. When the first annual service was due, the engineer turned up, declared the system unsafe and cut it off. He told my Dad that he shouldn't have employed cowboys. When my Dad produced the invoice to prove that it was the Gas board who fitted it, the engineer was unmoved. After a huge row, my Dad got a new system fitted, £500 back from the Gas board and a letter of apology from the chairman.

8. Plain Garibaldi biscuits -> Chocolate Garibaldi Biscuits. My Dad loved Garibaldi biscuits. One day he turned up with a packet of chocolate ones, that he'd picked up by mistake. When we tasted them, they were delicious. My Dad conceded that this had been a lucky accident and we always had chocolate Garibaldi biscuits after that. If my Mum had had her way, we'd only have ever had 'Nice' Biscuits as these were cheap. My Dad on the other hand would buy the tastiest biscuits he could find. He said he'd spent four years in the RAF eating biscuits that tasted like cardboard, bombing Hitler and saving democracy, so there was no way he'd eat such rubbish now he could afford decent biscuits.

9. Petrol Lawnmower -> Electric Lawnmower. Dad was given a broken petrol lawnmower in around 1969. He could fix anything and soon got it going. It was his pride and joy, but only he had the knack of starting it. You had to put a piece of cardboard in to act as a choke, which was way beyond my technical capabilities. by aboput 1980, he'd become a bit lazy and to our amazement bought an electric lawnmower. He would occasionally still use the petrol one when we had visitors, as it left nice lines on the lawn, wheras the electric version simply made the grass short. When he died, I threw it in a skip. The lawn is now concreted. I couldn't be bothered mowing it. Shame on me. I installed a wildlife pond, as a peace offering to the Gods of Nature.

10. Marigold gloves -> Electric Dishwasher. My mother was very scornful of electric dishwashers and claimed that it was a sign of over indulgence and lazyness. Then again, she would always insist that my Dad or one of the kids did the washing up. That worked well when there were six kids at home, but by 1978 it was just me and Dad. My Dad did what he always did when he was sick of something, which he was of  washing up. He went out and bought the most fancy, expensive dishwasher he could find. My mother was horrified. She complained for at least a week. About two weeks later, we were sitting having lunch and to my amazement my mother turned to my father and said "I'm sorry, you were right about the dishwasher, we should have got one years ago". Both my Father and I were stunned. I think that was probably the only time she'd ever said that. After she left the room, my Dad said "Hell has frozen over" and we both cracked up. My mum was not one to dispense praise lightly. When I married Clare, she bought us a dishwasher as a wedding present. She told Clare that women should not do menial tasks if they could buy something that did the job. She felt that dishwashers were probably the most important development in female emancipation in her life (well that and the spin dryer, that consigned mangles to the scrap heap, but that was long before I was born).

Have a great weekend.