I thought I'd do a little list in homage to my Dad, a WWII pilot. I was raised in a house where aviation was important. As a child, I made my Dad promise to teach me to fly as soon as I was old enough, he was a qualified pilot instructor. Sadly, by the time I was old enough, I'd discovered punk rock and my love of aviation had waned. It was quite sad, as I look back with great fondness to the trips to Heathrow to look at the latest jetliners and to Elstree Aerodrome to see the light aircraft, including his old Gemini.

I was an avid collector of Airfix models, which would hang from my ceiling. I was a late developer and they were there well into my teens. It was only when I discovered girls that I realised it may send the wrong messages. I'd never previously thought about a top ten, but as I was thinking a lot of my Dad yesterday for the VE Day celebrations, I thought of his comments about planes and how this shaped my prejudices.

1. The Vickers Wellington.
This was the bomber my Dad flew. He would regale us of stories of how robust these planes were, how the pilots always said "A wimpey will always get you home", of the story of a pilot who climbed onto the wing to put out an engine fire mid flight, apparently something that could be done as the fuselage was fabric, so he punched handgrips. By the time my Father was flying the plane in North Africa and Italy, the model was largely obsolete, superseded by Lancasters and Halifax's in the main European theatre. 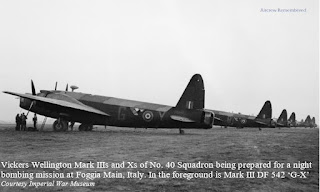 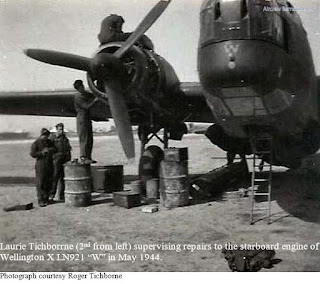 2. The Bolton Paul Defiant. An aircraft that was not a success. Too slow and not a well thought out killing machine. However I loved the look of the plane, for reasons I can't quite comprehend. My father was most disappointed when he asked what my favourite World War 2 fighter was and this was my reply. He spent an hour explaining why it was a rubbish fighter, but my response that it looked cool made him realise he'd raised an idiot! I still think it looks cool. Seems Mr Spoon rather likes it as well


As a kid I always preferred the unusual or different . So the Bolton Paul Defiant was my favourite followed by the. Swordfish.

The Defiant was a disaster. It was designed to fit with what proved to be bad RAF "flying circus" tactics very early in the war. pic.twitter.com/5ZCIXlnkaH
— Mr Spoon (@MrSpoon57918235) May 8, 2020


3. Next up, a plane that is probably the coolest of the lot. The English Electric Lightening. I know a few RAF pilots and this was the one they all said was the one you just wanted to fly, but only if you were a bonkers speed freak! It looks like a fast jet should. I suspect Max Kingsley-Jones agrees

4. Next up, a plane that intrigued me. I loved the concept of a flying boat. That the Shorts Sunderland was a big player in saving us from the U Boat threat and stopping the UK starving is a massive bonus. I would love to fly on one, taking off from the sea seems impossibly exciting, although there are none of these flying.


Last Airworthy Shorts Sunderland (civilianised). Was lucky enough to see this just before it departed to the USA to join the Kermit Weeks Aircraft Collection. Many years ago now. pic.twitter.com/WAKuZ4fuJQ
— Mike Stockbridge (@stockotrader) March 25, 2019


5. As for non British planes, the Lockheed Lightening was a favourite. I think it was far and away the coolest of all the American jets. Looks like Fakhr E Alam agrees


6. Next up, the last great British military plane. The Hawker Harrier. My Dad took me to see this land at St Pancras. The Harrier was a brilliant design. I have yet to meet a pilot who has any respect for David Cameron, who retired them from the RAF. The US Marines still fly them, as they say the Marines know what they are doing


Exciting news! Hawker Siddeley Harrier XV741 is coming to Brooklands for 2 years to be part of the First to the Fastest exhibition opening Easter. More details about the Harrier & exhibition very soon!


7. If it wasn't for my Dad, this would have been number one. The only plane guaranteed to give you goosebumps whenever it flew over. There really was no other commercial jet that could compare. When you saw Concorde, you just felt good. I think it was a sign that we are governed by idiots that it was ever let die. Such things are good for the nation. I'm a republican, but I believe the country should have a working Concorde, a working Royal Train and a working Royal Yatch. There are more important things in life than bean counting and these things are what makes people want to come here. I suspect Tim Roberts feels the same.


Nothing- nothing will ever come close to Concorde flanked by arrows over The Mall ....nothing and not ever pic.twitter.com/nn1xVWydck
— Tim A Roberts (@Tim_A_Roberts) May 8, 2020


8. And now onto those aircraft that are not planes! When this passed overhead, you looked. My Dad was not a fan of airships, but even he loved seeing this fly over our house.

This to see the Goodyear AirShip flying over The Strand in London :o) pic.twitter.com/jWxUgLrX


9. I used to work in an Office near Royal Artillery Court near Moorgate. These would fly in and out on a regular basis and I came to love the thud of their engines. Not graceful, pretty or sleek, but a magnificent sight when they came in to land. I suspect that Anthony Loveless would agree!.


Love this shot by my mate Cpl Ash Keates, RAF, of a Chinook from RAF Odiham at low level over the City of #London. pic.twitter.com/1Ip8wcdluw
— Antony Loveless (@AntonyLoveless) May 18, 2014


10. So where to finish? There really can only be one place. No discussion of favourite aircraft could possible be complete without a nod to fictional aircraft. Whilst all of my favourites are in reality completely unfeasable, they inspire young people to dream and that, when it comes down to it, is where the next generation of engineers will come from that will make better, faster, even more sexy planes. Or possibly more economical and greener ones. There were several contenders. I used to love Thunderbird 1.  I used to love the Angel interceptors in Captain Scarlett. But when it came down to it, Skydiver, the half submarine, half jet fighter from UFO was the only choice. I discussed the practicality of this design with my Dad. He told me that taking off from an aircraft carrier was difficult enough, piloting something from under water into the air would be nigh on impossible. he also felt that if an alien race had the technology to fly from another star to here and had laser cannons, then Skydiver would be easy pickings. He also queried why the pilot didn't have an oxygen mask,  But hey ho, I still love it. I guess it inspired me to become an engineer, if a sound engineer (love the groovy music).

Have a great weekend and I hope you enjoye my picks. Don't forget to follow the tweeters who I listed if you like their pics.