Normality has returned? Sorry I am feeling anything but normal 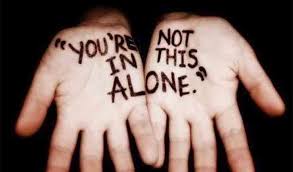 The pubs are sort of open, well some of them are sort of open. My business has opened, well it has sort of opened (as many of the things we do, we are not doing - Ballet lessons, Choirs, Bands of any size, to list a few). I've had a pint in the Mill Hill Services club, the place where I had my last pre lockdown pint (I actually heard the announcement in there, as a supped a post work cheeky one).

Someone suggested to me at the studio that things are returning to normal. If anything, I think they have gotten weirder. It is sort of like we've been transported to a parallel universe, with all the joy stripped out. Want a pint? Give us your name and sit there? Want to hear some live music? Log into Zoom. Want to have dinner with friends? Don't bother if there are more than six of you.

It has left me feeling rather unsettled, if I am honest. I've spent my life sneaking into pubs for cheeky pints, indulging banter with strangers, sneaking out to watch live music, chatting to the musicians, sound crew, roadies etc. It's the cherry on the top of all the other stuff. The next gig in the calendar is what makes unblocking the drains at the studio worthwhile.

Yesterday, for a short time, I had what was almost a mini panic attack. I got back from work, I was quite tired and I sat down with a cup of tea. As I sat there, I started thinking of the pointlessness of our current existence. I have long had a routine of having three days off drinking a week. This has historically been the days when I stayed in (and the footie wasn't on the telly). I don't drink on my own at home. It has always seemed a bit miserable. One or two nights, I'd share a nice bottle or wine with Mrs T and we'd watch something on telly. Most weeks, we'd do a gig or two, Saturday would be football at Hadley or Manchester City FC, Thursday would be a beer after five a side with Big John and the boys. The other days would be nice and chilled. Now it is just drink because it is something to do. We've had a few friends in the garden (and they've reciprocated us). It has been nice, but it is nothing like a night on the town. As I pondered this, I felt despondent and hopeless. Some pubs may well be open, but it just isn't the same as the pub culture I know and love. I like to sit at the bar, chat to bar staff, chat to strangers. As to football, for me, the idea of football without fans is just not an experience that is satisfying. The lack of five a side has deprived me of the hour a week where I reset my thought patterns. When you play football,  you don't think about the stress of daily life.  As for the lack of live music. As someone in a band, and a lover of live music, it has felt like being put in prison. There is no upside to any of this. On top of that, there are the inevitable financial stresses just about everyone I know is suffering. In the short term, our business is OK, but no one knows when live music will return, and without that, I am really not sure if the there is a long term future for music studios. We are well placed to survive, and if other studios are forced out of business due to lack of demand, that might fill some of the gaps in our finances, but I don't want to survive on the misfortune of others. A group of studio owners have got together to form an organisation called AIRRS (Association of Independent Recording and Rehearsal Studios). It started as a WhatsApp chat. This has been one positive thing to come out of the situation, but many people in the industry are suffering.

I think that in the UK we are lucky in many ways. We have the NHS, which I believe spared us the worst effects of the bad decisions of a a very poor government. We have food and we can make choices such as how many days a week we can have a drink. But like many, I am deeply unsettled by the whole experience. I had hoped that the crisis would deliver a degree of enlightenment to our beloved Prime Minister, but he seems to be a man without vision, a man without a clue. We are on a ship where the Captain has decided it is all too much trouble and he's letting the rats set the course. My natural demeanour is to be positive and upbeat. However there comes a time when there simply isn't anything much to be positive and upbeat about, that you just have to say to yourself that we have to face up to this new reality and it really isn't very good. Normality may have started to return, but like many, I feel anything but normal right now.