Back in 1977 Mark E. Smith of the Fall wrote the following words to a song called Two steps back


They're like cinemas with no films
You could make a fire with the seats
You could boil up some cigar dimps
Or get into the sound
Wait for the ice cream to come around. 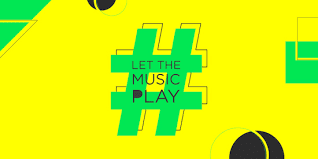 It sounds sort of prophetic doesn't it? If, like me, you have a business working in the creative industries, it isn't two steps back. It is running a marathon backwards at the speed of light. I've run my studio for forty years. The business has invested over £2.5 million in our operation in Mill Hill over the past 40 years. That isn't wages or toilet rolls. That is buildings, equipment, training and website development. Every year, I do a business plan for the year. I also have a five year development plan, which is a roadmap to where we want to be.

Every year between Xmas and New Year, I put these together. I look at how we performed over the previous year, what sectors of our operation are on the up, what are dying. I analyse which services need to be grown and which need to be scaled back. An example of this was Xmas 2018, when we did a refurbishment of studio sixteen, converting it into a multi purpose dance studio. This trebled the turnover of the area. We review our equipment. Is it fit for purpose? We review our staff capability. Does it meet our customer requirements.

Over the past five years, we have got it right. We've seen  a year on year increase in turnover. As I have an aversion to borrowing money from banks and only do it as a last resort. Whilst this has meant that we've not grown as fast as we might have, it also means that I am not having sleepless nights worrying about paying huge loans. But we live in the real world. A studio only is a business if you have a client base. We reopened on the 16th June for solo rehearsal. Since then we've had roughly ten sessions a day. Most of these are one or two hour sessions at £5 per hour (our solo rate). All of our customers are grateful. Many have said that they felt like musicians again. On Saturday, we open for socially distanced band rehearsals. That is when we will have some idea of when we really are.

We are lucky, our staff expenses are largely covered by the Furlough, but we are burning cash at a quick rate. It looks to us that so long as things have some semblance of normality by October, we should be ok but we know of many studios who won't. As for the pubs and clubs that our customers play in......

In the wider arts sector, Theatres, Cinemas, Arts centres are in a far more precarious position. Ultimately if they go, we go. The music industry has launched a #letthemusicplay campaign. Read hear for more details. Please support this campaign. Otherwise the two steps back may well take us all over the cliff edge.