My Dad, God Bless him, was a gadgetaholic. In the 1970's if there was a new fangled device that would make his life a bit easier, he'd be on it straight away. If my Mum saw an advert for some new gadget on ITV, she'd try and get him to watch the BBC until it stopped being advertised. Often these would end up as her birthday or Xmas present, much to her annoyance. I loved them, although I did not inherit his total addiction. I thought it high time that I made a list to celebrate these items. 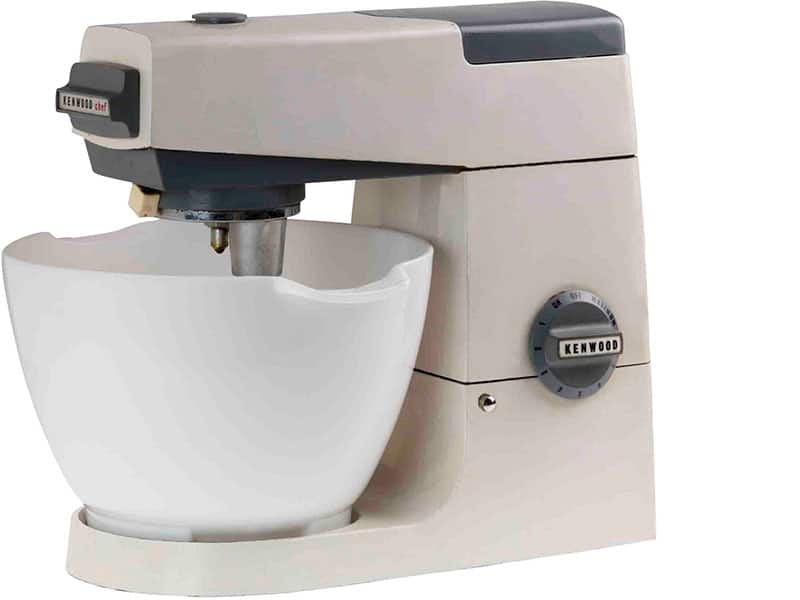 I remember the excitement that greeted this device. It was not only a food mixer, but also had a liquidizer on board. It may have been a borthday present. My mum often moaned that the amount of washing up it generated was more than the effort it saved. She wasn't much of a one for making cakes and soups and for most of it's tenure in the kitchen, it just gathered dust.

I do recall my mother getting her revenge by serving my Dad Gaspachio, which he said was 'cold soup', lovingly prepared in the liquidizer.

"The problem with buttons is they always fall off". My Dad loved the buttoneeer when he got it. The only snag was it had a bit of plastic that if you used it on a shirt was ugly and scratchy. Good for a temporary repair, but who wants a bit of plastic on the button of your Ben Sherman shirt? 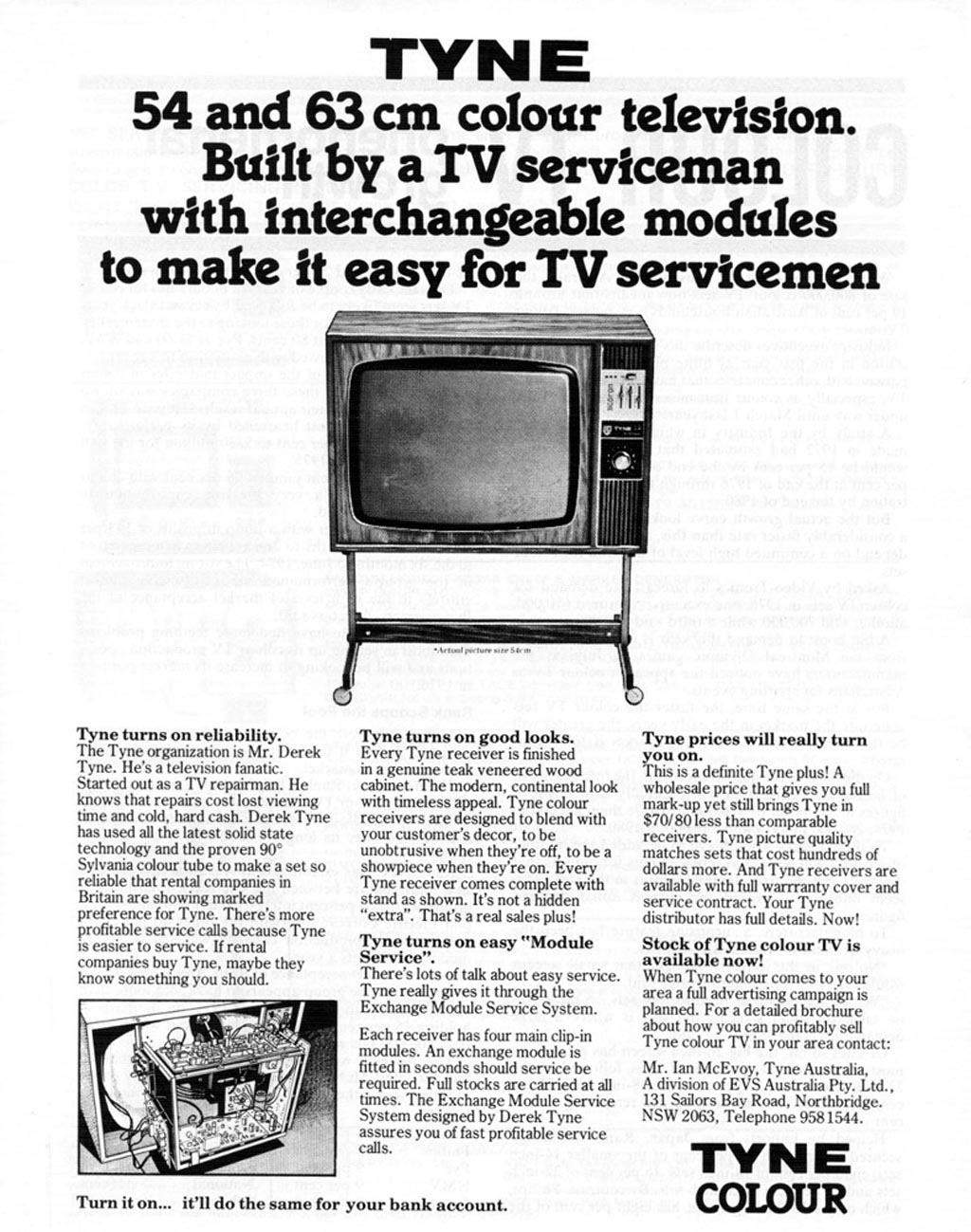 Tyne TV's were made by Derek Tyne of Mill Hill Television. The man was  a genius and a good mate of my Dad. My Dad often said Derek was by far the cleverest bloke he ever met. Not just because he was a fantastic electrical engineer and designer. He was also a brilliant businessman. Derek was at one time the biggest manufacturer of TV's in Australia (so I was told). Sadly, he was shafted by his bank and declared bankrupt. When he realised what was going on, he took his Rolls Royce into my Dad and asked him to respray it. He said that bailiffs would come and try and repossess it, but my Dad was not to release it unless they paid the bill in full. He told my Dad it was his car until such time as he'd fixed the problem with the bank. Tyne engaged Sir David Napley, an esteemed lawyer to represent him, as he sued the bank. Of course he won, but he'd lost the business. The bank had to pay him millions in compensation. Derek paid for the respray. I truth, my Dad was slightly disappointed, as he enjoyed swanning around in the Roller. Derek gave him a Colour Telly with a remote control as a thank you present.  Dad reckoned the TV remote was the best thing ever. My mum had the telly until she died in 2008. It still worked fine. 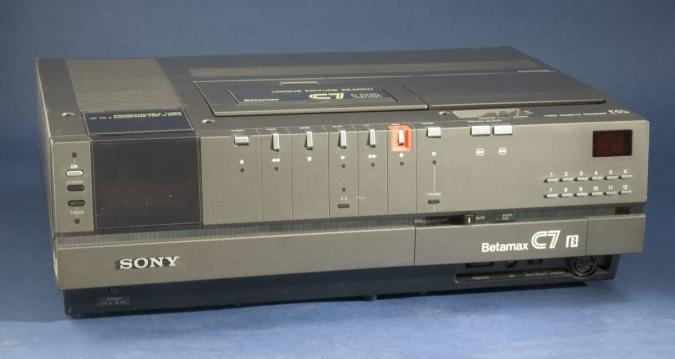 Dad also bought a Betamax video from Derek. Derek told him that these were far superior to the VHS ones. Although many would see this as a mistake, Dad didn't. He didn't want to hire videos. He simply used it to record things he liked, such as the Pope's visit to the UK. He invited a posse of priests and bishops around to watch the video. Much to his irritation, I'd recorded Match of The Day over it. The priests were quite pleased. Watching the Pope was work. Watching match of the day and having a Scotch was pleasure. That saved my bacon!

These were heavily advertised on TV. They could apparently cut through anything. Dad was born in the outback of Australia, where a knife was an essential tool. He was most excited. He was quite disappointed when a slightly shoddy set of knifes with plastic handles turned up. They actually worked ok for a while, but they were not what a Queensland bushman considered pukka.

Take the strain out of chopping your onions. I'm not sure if we had this actual one. I recall it was yellow. I can't recall if it got used more than once.

My Dad loved lying in bed. Ideally he preferred it when my mother lay in bed with him, although she hated lolloping about. Once she woke up she liked to get up. Dad got this and announced that Mum didn't have to get up to make her a cuppa anymore. She was none too impressed. In truth, my mother liked my Dad lying in bed, as it meant he was out of the way. She said he was far too cheerful, she was a morning grumper. The big problem with the teasmade was that there was no way of keeping milk cold. My father detested powdered milk, associating it with his time in the air force. My mother used to sarcastically describe the teasmade as the "worlds most expensive alarm clock". 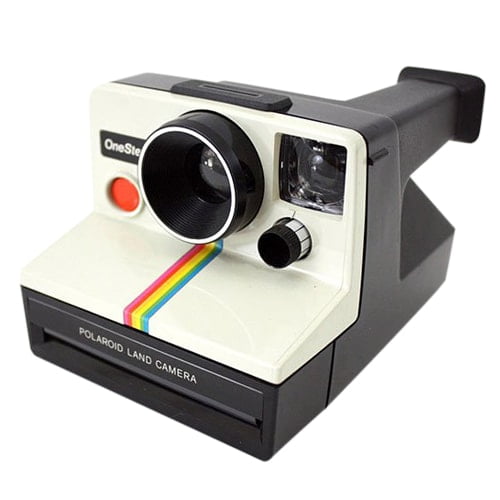 My Dad was a keen photographer. He'd studied the subject in the RAF and had an array of expensive camera's. Then he saw an ad for a polaroid camera. He loved the idea and bought one. We were most excited. Before the polaroid, you'd have to send film off to be developed. It was super exciting, but once we'd used up the roll of film, that was the last time we used it. Like most of the gadgets, it was a day of fun.

I will say this though I know quite a few professional photographers. Before everything went digital. they used the Polariod for setting up shots in photoshoots. At one stage I had a pretty interesting collection taken by one such friend. I stupidly swapped it for a couple of Clash bootlegs. Must be worth a fortune I remember this turning up. Unlike most of the devices, this one got used. There is nothing quite so delicious as cheese and ham toasties made in a Breville. My mother had a degree of disdain for it, but Dad loved the fact that when she was out, he could put a couple of slices of bread, a bit of cheese and ham in it, nip for a pee and voila, a tasty meal was done. The best bit was the edges, where the cheese was slightly burned.

I recall one night where my parents were away and a bunch of my mates came around and for reasons I can't quite recall, we were all rather hungry. We had a breville sandwich making contest. Such things as baked bean and cheese, pilchard and vinegar and banana and chococlate toasties were produced. All were absolutely delicious. Just thinking of it, I'm tempted to buy one again. Years later, we got a George Foreman grill. I thought this would be as good. Sadly. I learned that it drains all the fat and flavour out of everything. The Breville kept it all in.

My mother was a very complex woman. She was a strange mix of snobbery and anti snobbery. She would ridicule one friend who used to buy stuff from Harrods just so the neighbours could see.  She'd scoff at those who watched Crossroads rather than Corrie, making clear her disdain for those who couldn't tell the difference between quality and rubbish. Many of her friends got dishwashers and she would scoff at their laziness. She felt that it was simply snobbishness and a refusal to get their hands dirty. In the late 1970's my Mum went on holiday for a couple of weeks with my Sisters. Dad and I were stuck at home. We both hated washing up. My Dad was most pleased when my then girlfriend came around and did the washing up after a Chinese. He insisted I invite her every night. After about three nights, he commented that she was very kind doing the washing up as he hated it. She said "Why don't you get a dsihwasher?". The next day, Dad turned up with one in the van. Every night we'd stack it up and say how wonderful it was. Then Mum came home. She went mental at him. About two weeks later, we were having a beer and watching telly. Mum did something she never did before or after. She said "Laurie, I owe you an apology. The dishwasher was the best thing you've ever bought."

Did your family have any wonderful gadgets? I wrote an ode to the '70's with my band. I realise that I should have mentioned a few of the gadgets in there and featured a few in the video. Maybe I'll write a new song especially