Music special - how to make a rock and roll album 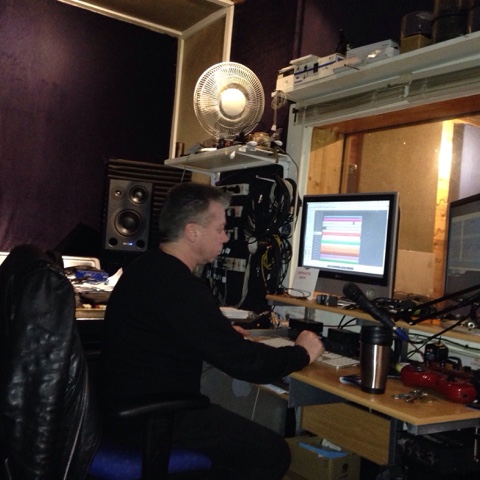 Ever wondered how you make an album of rock and roll music? Well for the False Dots, we are in the final throws of recording our new album 'songs of love and war'. This has been a rather slow burner. Myself and singer/co writer Allen Ashley started writing it back in 1985. Due to a split over 'musical differences' in early 1986, the project was put on hold. In 2011, we got back together to record some music for a video I was making for Church Farm library. We then performed at Friern Barnet library, just before the occupation officially ended. 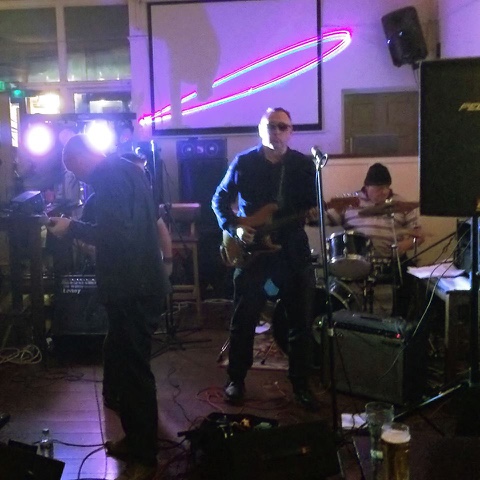 After this we decided that we should keep the band together as a working unit and record the music for posterity. So here's the process. 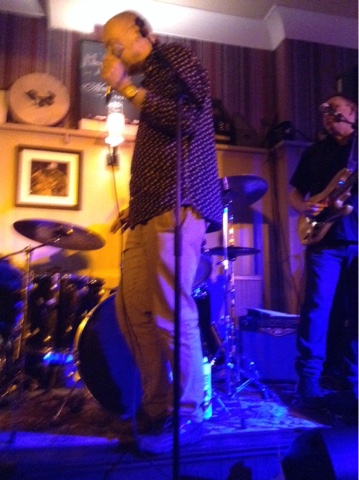 1. Write the songs and get them shipshape. Luckily for us we are both prolific writers, we already had a set of decent songs and we have an excellent working unit of a band with Fil Ross on bass and Graham Ramsey on drums. The original intention was to simply record the 1985 set, but we have written some cracking new songs, such as Saturday amen Please Myself, so we decided to make the album a mix of old and new.  We had several rehearsals and arranged a few gigs to sharpen us up. Allen prefers live performances to recording, wheras I love working in the studio. So once the songs were ready, we booked a few sessions for tracking.
2. Tracking. This is where we put down the backing tracks. We do this live, as it suits our feel. Most bands don't, but we also record Allens vocals at these sessions. We put down the guides, then when we are happy with the track, Allen does his take. Usually we'll get Allen to do 2 or three takes. In logic ( the recording software) we can then use the best parts in the mix.
3. Overdubs. We tend to try and keep this fairly minimal, but Fil and myself add extra layers of guitar, bass, keyboards and percussion. We put everything we think we may need and then resolve it in the mix. I also listen to a lot of other music when I'm tracking, to get inspiration. I will listen to other artist who've done similar tracks, and try and pick out exactly what they've overdubbed. I'll often then try that in the studio. Keeping someone's attention for 3-4 mins is hard, so we always try and lob a few things in to maintain interest.
4. Mixing. This is where we take all the ingredients and make sure it works. As an example, you may love gherkins and you may love trifle, but they don't mix! So it is all about taking stuff out initially. Once we've taken out the stuff that doesn't work, we add a few effects, such as the megaphone effect on Allens vocal on Please Myself. Myself and Fil do the mixing, then we give versions to Allen and Graham.  They will suggest refinements. It is better to only have a couple of people mixing or it can get rather disjointed.
5. Mastering. Once the mixes are done, the songs are mastered. This is a process that ensures the tracks are sonically optimised and sound fat.it also ensures that the levels are correct, and so one track isn't quieter than others.
6. Artwork. This is also important. We have asked a good friend of mine the band, John Keough to produce some designs. Naturally myself and Allen like different styles! But we will come to the best decision eventually!
7. Production. I usually use Key Production to manufacture the product. They are a quality outfit and deliver what I expect. I know people who've used cheaper options to disaster our effect!
And there you have it. Only 31 years in the making. Songs of Love and War by The False Dots!