Another collect of pictures from our family collection. Today’s selection is from the 1966 and 1973 Finchley Carnival. The Carnival was the highlight of civic life in the Borough of Barnet. The Carnival featured a procession through Finchley, with a funfair and other events in Victoria Park.

The Finchley Carnival Queen was a big deal. In 1966, my Sister Catherine, had the honour and in 1973 another Sister Caroline was an attendant. There were huge parades, with amazing floats. Which paraded down the High Street. Sadly, at some point around 2012, the council decided that parks were not really centres of our civic life. 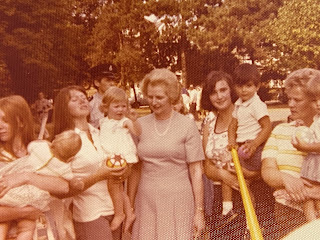 1. Lets start with 1973, and a figure you will recognise. Just plain old Margaret Hilda Thatcher then, education secretary for Ted Heath and MP for Finchley. My mother knew her quite well, through charity work, although they didn't see eye to eye. Mrs Thatcher once suggested that she stood for Parliament as a Labour candidate, as "there are too many completely useless men in Westminster". She was a stalwart supporter and even as Prime Minister would turn up to open the festivities. 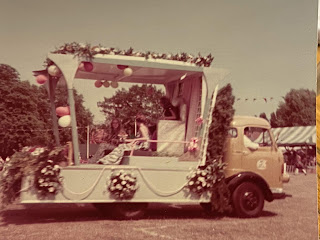 2. The Carnival Queen and her attendants would arrive on the back of a flat bed truck, suitably adorned with decorations. Having been driven down Ballards Lane past Finchley Central Station. 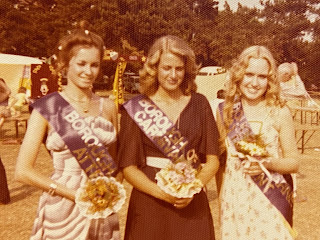 3. The Carnival Queen and her attendents (my sister Caroline on the right) would attend the opening and present for various other festivities. The selection process was arduous, with public selection meetings hosted by such major celebrities as Monty Modlin. Contestants would be asked such arduous questions as what their hobbies were. Generally the best answer was "watching you on Telly Monty" 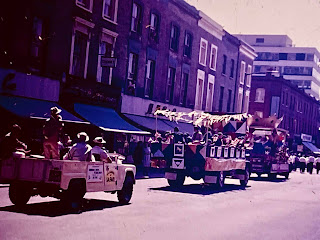 4. The parade featured a magnificent array of vehicles. Local associations and groups would make a massive effort to ensure that they put on a show for the locals 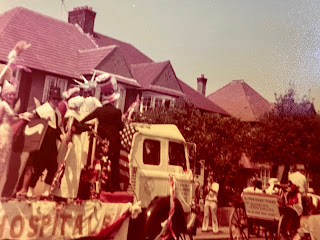 5. As this picture shows, not all propulsion was mechanical. It was nice to see the hospitals getting recognition as well (in these trying times a nice touch). 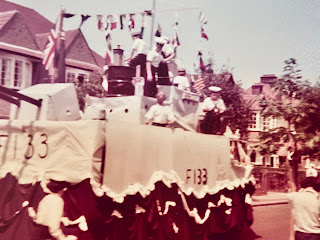 6. Youth groups such as the Sea Scouts were also well represented. A free pot noodle if you can figure out what the flags signify 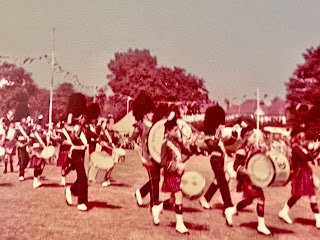 7. The festivities would include marching bands, which were always a well received specticle.

These were the highlights from 1973. 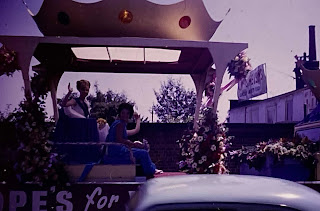 on to 1966. My sister Catherine was the Carnival Queen. This secured her a modelling career, the highlight of which was an advert on National ITV for the National Cheese Board! Cath ditched the career when she decided to become a teacher. I suspect that if we had a Carnival Queen today, it would be a lot more inclusive and possibly a lot more fun. Maybe when lockdown is over, we should revive the tradition with a more 2020 feel! 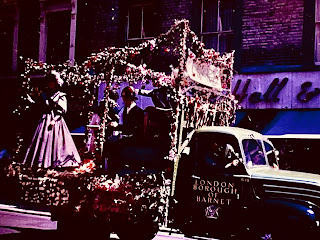 9. The London Borough of Barnet were keen participants in the parade, putting the civic fleet to good use. I can't really see that happening these days? Any idea what the make of truck was? 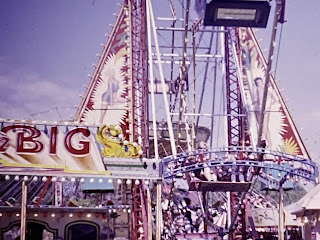 10. As I was but a wee nipper at the time, the absolute highlight was the funfair. This was always the busiest bit 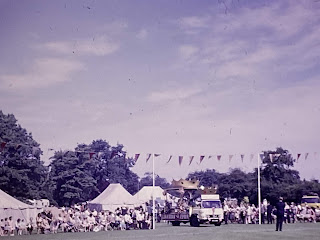 11. The big moment was the entrance of the parade to Victoria Park, lead by the float of the Carnival Queen. 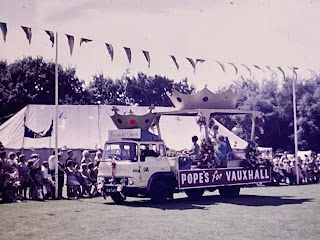 12. The Carnival Queen would bestow her blessings on her subjects as the float did a circuit. 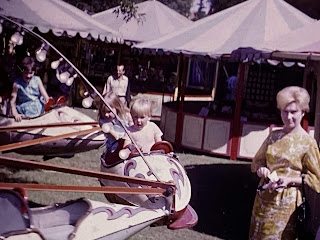 13. Of course, for some of us there were far more important things to do than watch your sister giving it large. My mum was a talented seamstress and I do wonder whether she'd knocked that outfit up from some old curtains though! 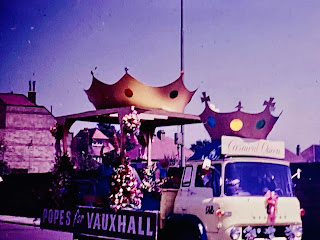 14. A great picture of the Carnival Queens float on its journey past Finchley Central Station. I wonder what happened to Pope's, who were the go to place for Vauxhall. I have no recollection of them, although I do remember the float.


In the course of my research, I found this rather good video from 1961, featuring the Carnival


Have a great weekend!