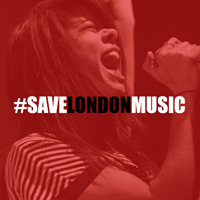 There are few sectors that have suffered more than live music in London. It is not just venues closing their doors with no notice that is an issue. The staff that earned their livelihoods working in the music sector, especially freelancers, have had no income for the best part of eighteen months.

Many have had to take other jobs just to pay bills. Without skilled staff, it is impossible for venues to function. There were many venues that were just about surviving in London prior to Covid. It seemed to many of us that live music had turned the corner, venues were busier than they had been for many years, but for many businesses there were huge challenges. These have only become more difficult.

The policies of Mayor of London has not been helpful to the live music industry. Whilst we understand the need for policies to address poor air quality, few musicians working grassroots venues are well off. They need to shift large amounts of equipment. Public transport is not a realsitic option for many. Many have old vans or estate cars, often with diesel engines, that are non compliant with the legislation. The ULEZ means these attract huge charges. As musicians often have to arrive early for soundchecks and can’t get out until the show is over and the club is cleared, they can find that they need to pay two days ULEZ simply to do a gig. The Mayor needs to, as a matter of urgency, update his culture strategy so it can properly respond to the challenges facing the night-time economy, the live music scene and the creative sector in general in the aftermath of the pandemic.

For musicians who have had zero income from music for the last eighteen months, this means that playing is not viable. They have no cash in the bank to buy newer compliant vehicles. No one comes to London for its beaches or its sunshine. People come to see our music and theatre shows. A policy that makes this unviable is not a policy that will work for London.

There are a myriad of other problems for performers at grassroots venues. Parking is another huge issue. When you need to unload amps, drumkits, etc you need to park close to the venue. I’ve done this a thousand times and know just how difficult it can be in central London. It has never been a concern of the powers that be. They have just taken it for granted that musicians will take it on the chin. Covid has changed all of this. As musicians have been forced to find other jobs, many working in completely different sectors, they will think long and hard about returning to a business where they simply cannot make a living.

If the Mayor of London is serious about seeing London get back on its feet, he needs to take the issue of getting musicians back into London and getting clubs and pubs back to pulling in the punters with live music.

If we are going to address these issues as a City, we need the Mayor of London to lead the charge. There are so many issues to address and such a diverse collection of live music venues and people working in them, that no one size fits all policy will address all of the issues. Venues in outer London boroughs face a completely different set of issues to the ones in the West End and City. For many there is an opportunity as people may be reluctant to take public transport into town. As a Londoner living in a suburb (Barnet), this is a mixed blessing. I’d love to see more music on my doorstep, but if we lose our music scene in the West End, that will be the end of London as a major music hub. No one should want that.

What the Mayor needs to do is commission an audit of London venues. This should be done with the express purpose of identifying which venues have survived, which can be reopened, what are the challenges facing the venues and how these can be addressed and miigated. We need an emergency fund to support venues and a fund to assist musicians get ULEZ compliant vehicles. A buy back scheme for non compliant diesel vehicles owned by musicians, with assistance for leasing or finance for new vehices would be a good step towards addressing the issues raised by ULEZ.

This is not simply asking for a handout. Every band playing in Central London at grassroots venues generates anywhere between 75 and 1,000 tube and bus fares for the Mayor. Often TFL will make more money from a show than the musician performing. Many of these punters will have meals in West End Restaurants, meet for drinks in pubs and bars before and after shows and spend money in shops on the way.

We need this benefit to be quantified. The Mayor has a major challenge with TFL finances. It is very much in his interest to understand how live music can help him fix the hole in his budget. Of course he could just sit back and let the live music sector try and muddle through. This would be nothing short of criminal negligence of a part of the economy that has generated billions for UK PLC.

Although the Mayor of London is the primary player in this, as the night time economy falls under his powers, national government, the Prime Minister Boris Johnson and the culture secretary Oliver Dowden need to put aside their differences with the Mayor and work to put London back on its feet. The same is true of our regional cities who have their own issues.

Any audit should be based on identifying practical solutions to the problems faced by the live music sector. These can only be properly identified by talking to venue owners, promoters, musicians, crew and ancillary staff. It should also encompass music studios, support companies (equipment hire etc). These are all part of the pot that makes the London music scene tick.

We formally invite the London Mayor, Amy Lame (the London nightlife Tsar), The London Assembly, our London Boroughs and our London MPs to support this process as a matter of urgency. The Save London Music Campaign will be writing to all of these to get this process in motion. We call on all the industry organisations to back this. We also encourage our friends in the other regions of the UK to do the same with their local Mayors and authorities. We simply cannot afford to wait. This needs to be kick started today.

This blog was originally posted on the Save London Music website

Email ThisBlogThis!Share to TwitterShare to FacebookShare to Pinterest
Click on Labels for related posts: #SaveLondonMusic, Culture strategy, Mayor of London