Looking out of my window I see the buds of spring in the middle of January. We've seen the warmest and wettest December in living memory.
The greenhouse effect is scientifically provable and the concentration of CO2 in the atmosphere is scientifically measurable. Despite all of this many on the right, like 16th century flat earthers deny the evidence. I've no issue with stupid people but I really don't want them making important decisions that affect the future of the planet and the legacy we leave our children.
The picture below is the scene from my bedroom window. A willow in bud on the 11th Jan. The world is seeing ever more common unusual weather. We really need to wake up. As it seems Thameslink, our privatised rail operator can't cope with an unusually warm and wet December, how do you think our economy will cope with a real extreme.
Future generations will view us with the scorn we have for religious authorities who used to lock up astronomers for years shouting confess at them night and day.
I guess those of us who are selfish or don't have kids can eat, drink and be merry. Don't think about tomorrow my friend. History will be a harsh judge. 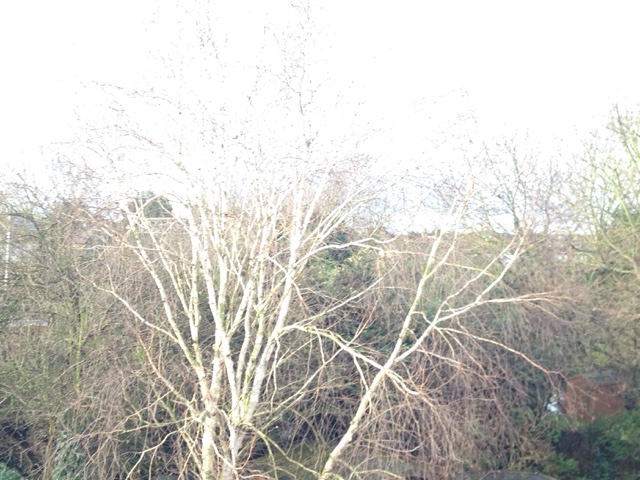