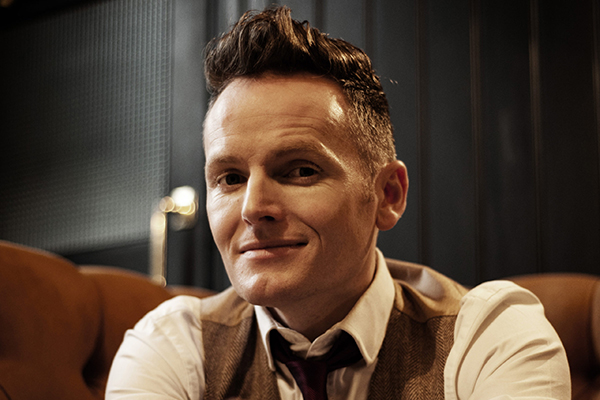 AN EVENING WITH JOE STILGOE
Frith Manor Primary School, Lullington Garth, N12 7BN
Joe Stilgoe is an internationally acclaimed singer, pianist and songwriter. He has created a fresh sound for jazz in the 21st century.

Joe Stilgoe is an internationally acclaimed singer, pianist and songwriter. He has created a fresh sound for jazz in the 21st century. He is known for writing songs that feel like they have been around for years, and adapting classics that sound as though they were just written. Joe has released eight albums, five of which have topped the UK Jazz chart. He has appeared everywhere from Ronnie Scott’s to Birdland Jazz Club with every festival and jazz club in between. He oozes wit, style and panache. He is always searching for a new way of bringing not only his own songs but those he loves from the past to a new audience. He is an enticing mix of his heroes, such as Danny Kaye, Nat King Cole and Dudley Moore. Some of his influences come from Harry Connick Jr, Peter Skellern, Cole Porter, Frank Sinatra, Ella Fitzgerald, and Irving Berlin to name but a few! Joe is excited to bring his talents to Mill Hill Music Festival, showcasing levels of musicianship that sees him at the top of his game. His brand new album, ‘Theatre’ was released in April. Don’t miss this chance to see him. As an added bonus he will be playing the treasured grand piano that once belonged to Jamie Cullum.

“A songwriter of uncommon originality“***** THE OBSERVER

Email ThisBlogThis!Share to TwitterShare to FacebookShare to Pinterest
Click on Labels for related posts: Jazz, The Mill Hill Music Festival