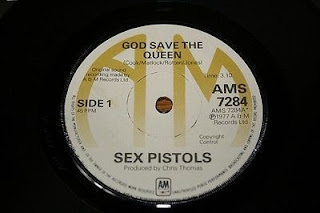 The last few days have been rather surreal. Whatever you think of Boris Johnson, you have to admire his ability to change the normal rules of politics to suit himself. Over the past few days, I've been watching Danny Boyle's 'Pistol'. This was a key time in my life. It reshaped my life in a way that I could not have even dreamed of. If you'd said to a 13 year old Roger Tichborne he'd own one of London's top music studios and he'd rub shoulders with many of the UK's finest musicians, he'd have thought you were insane.

As a dyslexic, it seemed every door was shut and I felt totally detached from 'normal society'. Then the Sex Pistols burst onto the scene. I recall watching them on Today with Bill Grundy. I was totally bemused. To me it was almost as if my class, 4B (allegedely the worst in the history of Finchley Catholic High School) had been given beer and put on telly with a brief to wind up Bill Grundy, with a few strange looking females thrown in. As I'd never heard the Pistols music, I couldn't judge whether I liked them. The music snobs I knew, and there were no other type of music fan in my world in 1976, sneered at the Pistols. They couldn't play. They couldn't sing. They couldn't write songs. There was a three day press frenzy and then they disappeared. We didn't have social media and I wasn't interested in music, prog rock left me cold. 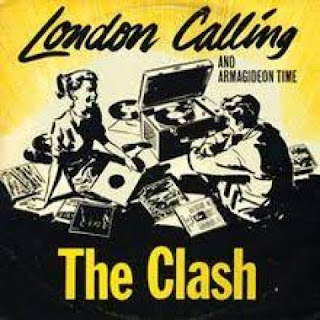 But the Pistols had not disappeared. As Boyle's rather comic book documentary showed, they were plotting and scheming. Their manager Malcolm McLaren was plotting the destruction of the British Establishment and the Pistols were his shock troops. It seems quite fitting that I watched the documentary during the Queen's Platinum Jubilee as McLarens dream was finally realised. What even Talcy Malcy could not have realised was that the agent of chaos would not be Johnny Rotten, but a Conservative Prime Minister. The Boyle series reminded us just how staid and stuffy the UK was in 1977. The Pistols were railing against the prudish values of the UK, and the establishment hit back with headlines such as 'The Filth and the Fury'. Gay sex had been legal for less than a decade and homosexuality was tolerated rather than accepted. People with coloured hair and outlandish clothes were not only frowned on, but you ran the risk of getting beaten up. Racism was not only tolerated, but we saw it on the TV on a daily basis with 'comedies' such as Love thy neighbour and Mind your language. Oddly, black friends tell me that they didn't really mind these at the time, because they were the only shows where you actually saw non white faces.  The only representations of gay characters were people like Mr Humphries in Are you a being served, cartoon characters, who thrived on saucy innuendo, but who would never actually get a snog on telly.  To someone growing up today, this would be almost beyond comprehension. 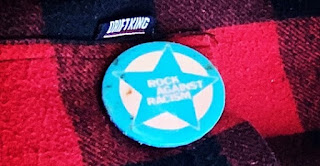 What is interesting is that whilst society changed, the rules of Politics didn't. Until Boris Johnson took the keys to No 10. He has rewritten the rulebook. Now the accounts of No10 parties sound just like the parties the Pistols had in their studio's, where Steve Jones lived. Boris partied the day Prince Phillip was buried, what greater insult to a mourning Queen? Whilst we can excuse a 19 year old sticking two fingers up at the Queen as juvenile exhuberance what do we make of Boris partying with his mates in No 10 as Her Majesty moruned alone at Buckingham Palace. By the sounds of it, only the flag on top of the building was at half mast. Boris not knowing (or at least owning up to knowing) how many kids he's got, lying to Parliament repeatedly, and simply crossing his fingers and smirking when asked is now the order of the day.

God help us if there is another Pandemic in the reign of Boris Johnson. Will anyone respect or observe lockdowns and curfews? The cottage industry of nutcases which has sprung ip claiming no one died of Covid and it was all part of a nefarious plan by Bill Gates has had petrol poured on its flames by Boris.

As for the Civil Servants and backroom staff that run the country, doing the bidding of politicians, Dominic Cummings has seemingly permanently trashed their reputation. I know Cummings wasn't a career civil servant but it seems he has dumped a supertanker ful of excrement all over theri reputation. Anyone who knows his hostory would know that this is deliberate.

Does anyone trust 'the establishment' any more? Does anyone think the politicians who run our country are decent, honourable people? When I was canvassing for the Lib Dems at the local elections, I knocked on the door of one chap who gave a me a string of invective. He basically said "You are all the same, a complete shower, only in it for yourself". I had to laugh. I said "Do you seriously think people who knock on doors, with little expectation of winning in local elections are corrupt?". His answer "You're all the same and you are only doing it for yorself".

It was quite interesting. As I watched Pistol and thought about the message and impact of punk and where the mentality of Boris fits into all of this. The punk ethos of challenging the establishment was never about making the country a nation of two classes, a plutocracy running everything and ignoring laws made for little people. It was about giving everyone a chance and making everyone realise that you can participate. Now the ordinary man in the UK is being squeezed financially by the cost of living crisis. We can't even go on holiday to escape for a few days, because the aviation industry is in turmoil. In the 1970's the UK was known as 'The sick man of Europe'. It looks as if next year we will have the lowest GDP growth in Europe and a huge rise in poverty. Malcolm McLaren assumed that if you got rid of the establishment, everyone would have a chance and society might be more equal and fairer. Boris has almost destroyed the establishment and replaced it with a clique, unanswerable to anyone.

Whilst Talcy Malcy would be proud of Boris Johnsons's efforts to destroy the old elite and its ways, I'm not so sure he'd approve of what he seems to have replaced it with. Interestingly, Malcolm McLaren was, like me, an Orange Hill School old boy. I believe that like me, he joined after being invited to leave another school. It seems to me that Boris has brought back the chaos of the 70's. We are looking at hyper inflation, strikes and food shortages. Sadly (for me at least), we've not seen a resurgence of Punk rock music as an antidote. One of the lasting legacies of Punk rock was the 'do it yourself ' culture of Independent music. This has endured, but protest music has not. For me, its return is long overdue.