I could have been like Ester Rantzen, but she said I was too handsome !

Last night, I went off to the London Collegiate School in Edgware, for the Radio 4 "Any Questions" show. I had hoped to ask the following question :-

Sadly for me, they didn't select my question. The panel consisted of Benedict Brogan, deputy editor of the Daily Telegraph, Frances Crook, Director of the Howard League for Penal reform, Brian Paddick, former deputy chief of the Met, and  Esther Rantzen. The audience had a good smattering of students of the school and the setting was impressive, a far better auditorium than any I've done a gig in, during my long illustrious music career (then again Rock and Roll is all about playing toilets). 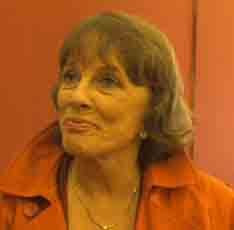 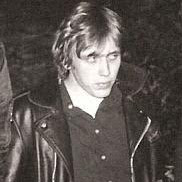 When I saw the panel, I groaned. I can't stand Esther Rantzen. As regular readers know, I'm one to bear  a grudge and I've had a grudge for many a year against Ms Rantzen. I can't stand her. In my teens (before I was old, fat and going grey), I saw an advert for presenters on a show Ms Rantzen was doing (it might have been Thats Life). Having done a bit of acting and thinking "They do good stuff exposing dodgy washing machine salesmen".  I thought this might be a good job for me, so I applied. Next thing I was given a date for the auditions. Off I went with all of the other hopefuls. I've done many auditions in my life, so I looked at the opposition. Being a bit of an old hand I did the usual of checking out the oppo. I normally wrote them off if they brought mum or dad for support (clearly not up to the job), then you see how they look. Any with a lazy eye, stammer, etc generally could be written off as well (unless that was a specific requirement in the brief). That brought it down to four or five. You listen to their accent. There was one girl who was georgious. Clearly the serious opposition. I thought I'd check her out (purely for professional reasons, Heh Heh). Up I bowled "done much of this sort of stuff?". She replied "Oh yes, I do radio for BBC West Midlands". Yup, serious contender. She was the first in and she was out within seconds. "How did it go?" I asked. She looked a bit upset. "It was awful, I walked in and they told me I wasn't really what they were looking for". "Lunatics I thought". Sadly she declined my kind offer of a quick drink. One of the advantages of the name "Tichborne" is that these things are generally done alphabetically. Most of the oppo are usually rubbish, so you get the chance to really shine. Early contenders are dimmed by this. In they went, out they came. I always took a watch and would time them. That gave me some idea of the oppo, their strengths and what I had to do. It seemed they liked the ones with a bit more character. The front runner had a bit of a plumby voice and a slightly deranged look. Interesting. I can do plumby voice and slightly deranged look if I have to, so I figured I was good to go.

If you are going for a reporter job, you have to show that you are on the ball, and can be interesting. You have to be able to think on your feet and take the lead. I went in "Mr Tichborne, you are the last one, we can all go to the pub when we've done, so what do you have to say for yourself". I quipped back "Well if we are going to the pub, I'll have a pint of best, is it on expenses?". They sniggered. "What makes you want to be a reporter on the show?" Well easy peasy "Well, mainly for the dosh, no seriously, I enjoy meeting people and I think that this sort of show makes a difference and helps people". Yup job done. On to the screentest. Again a breeze. Next up, you wait for the call. A couple of days later, a letter pops through the door "Nice try, but no cigar this time". Now I was mildly surprised. I wasn't cross or upset. These things happen and generally it's just because they want a specific look or someone really great turned up. I'd not done any TV work for 10 years, so maybe I just wasn't as good as I thought. No problem.

A couple of weeks later I was at Dingwalls for a gig. I think it was Paul Carrick, although I may be wrong. I found myself at the bar, next to one of the production team. They recognised me and said "Hey, it's Roger isn't it?". I responded "Yeah, Hi, how's the show going?" We chatted for a while and had a few drinks. As the conversation progressed, I was told "Actually, you did really well. You looked great in front of the camera and were really funny". Thanks I said (the industry is full of this sort of BS). My new found friend continued "the only reason you didn't get it was because you were too young, too good looking and too funny". I was surprised "What? Why?". My friend responded "Well you see, with Esther being the star of the show, we couldn't have anyone stealing her thunder, we needed someone who was a bit stranger looking, a bit more awkward with a bit less confidence".

Now I was shocked. I'd never heard of anyone failing in TV because they were too good (although I've subsequently found out it is a common reason). I formed an instant loathing of Esther Rantzen.

This takes us to last nights show. The nearest I'd got to Esther Rantzen for 30 years. At these shows it's common to have a warm up question to test levels. Who should ask the question, but our very own Mill Hill Conservative Councillor, John Hart. John actually asked the best question of the night, which was a shame because it wasn't broadcast. "Why does the BBC dump female presenters when they reach a certain age". Sadly for John, he'd not picked his audience well. The head of radio 4 responded that he was asking the wrong person, because radio 4 employed plenty of female presenters of a certain age. All I could think of was Esther Rantzen and her policy which was the complete opposite, not giving someone who was young, good looking and male a chance, when they really needed it.

I co-wrote a song with Allen Lucas (now known as author Allen Ashley) in the False Dots called "I wanna be" to commemorate the whole sorry tale, back in 1985. Alan took my orignal words and changed most of them. The only couplet that survived was the line "I wanna be like Esther Rantzen, but they said I was too handsome". I'd never told a soul why I wrote it. I thought it was a bit embarrasing.

Seeing the smug old Moo up on the stage last night, giving it large about everything, I felt the time had come to spill the beans to the world.

*** Note & correction *** Got an email from my old friend Allen Ashley, in which he tells me he wrote the couplet. He's not prone to exaggeration, but I'm sure he's got this one wrong, as it was 25 years ago and we both ahd reason to write it, I guess we'll just have to differ, but it's a great line. He was right to point out that the song name was "Shoes and Socks" rather than "I wanna be". I've not played it since 1985, hence the error. One day I'm going to drag Allen into the studio and record a few of the old numbers from that period. They are all great songs and some are really funny. He was always a massive pleasure to work with and quite rightly pointed out in his email that I wasn't really cut out to be a "Thats Life" presenter.