2017 has been a rather fine year for me as a musician, a festival and gig organiser and a punter. I'll be seeing it out in style with Boz and Lyn Boorer at The Alliance in Mill Lane, West Hampstead later. Sister Suzie and Shout Sister Shout will be appearing. It's free and it will be a hoot. We saw tthe new year in with Lee Thompson and The Silencerz at The Dublin Castle A truly great way to kick off the proceedings. (I couldn't find a clip from the gig, but this will do!).

Start as you mean to go on! Another fantastic night was The Vibrators 1978 line up reunion at The Hope and Anchor. Billed as an acoustic set, it was anything but. For me it was a magical night!

Garry Tibbs on Bass has changed a bit since his days in Adam and The Ants in the late 1970's! Having said that, he can still play the bass pretty well, Tibbs also featured in Roxy Music. John Ellis on guitar has played with luminaries such as Peter Gabriel, as well as other punk outfits such as the Stranglers. He is an Orange Hill School old boy, but not of my vintage. He was my Stats A Level teacher Dave Harman, who came back to teach, best mate. I was surprised when Dave approached me one day back in 1978, having spotted my V badge. Dave said "So you like the Vibrators?". I was expecting admonishment, and to my surprise he announced "Pat and John went to the school, they are good mates of mine". I realised I'd made the right move, switching from FCHS.


Also in May, we had The North Finchley Festival. A fantastic celebration of music!

I could have chosen any number of clips, but the Apricot Hounds were a band that stood out. I was doing the sound for this, which was fun


We also had some great music in Mill Hill for the MHMF and at The Jesterfest in West Hampstead. In the autumn, I saw someone I've wanted to see for decades, the incomparable Ben Sidran at Ronnie Scotts. Ben describes himself as the first existensialist Jewish Jazz Rapper, but he is so much more.


On the Jazz front, Scott Hamilton was pretty damn good at the London Jazz festival in the autumn.

On the more punky front, 999 were excellent at The Dublin castle

We rounded the year off with a pretty fine bash at The Chandos Arms for the Barnet Eye Awards Ceremony, with my band the False Dots playing an acousitc and an electric set! Here's a few of the numbers from the Acousitc set


All in all a pretty good year!

The Sprit of The Torrington lives! Eliza Neal and The Narcotics live at Old Finchleans with @feenstrablues! Great to see it packed out! pic.twitter.com/ajGnzt8CFa
— Roger Tichborne/RogT (@Barneteye) September 10, 2017


Have a great new year!

Tomorrow is the last day of 2017. I hope it has been a great year for you. Have you made your plans for tomorrow? If you are looking for something different to do, here are a few suggestions.

1. Fancy seeing the worlds greatest Orchestra? The Berlin Philharmonic are having a beam back shown at The Phoenix Cinema tomorrow at 4pm. This really will be a pretty special event,

2. Tomorrow is your last chance to see Peter Pan at The Bull Arts Centre in Barnet. If you've not done a panto yet, here is your chance

3. We also have The Tiger who came to tea at The Arts Depot. This should be a whole lot of fun!
https://www.artsdepot.co.uk/family-christmas/tiger-who-came-tea

4. The Bohemia in Finchley is having a Back to The Future party! Looks like a lot of fun
https://www.designmynight.com/london/whats-on/new-years-eve-party/back-to-the-future-nye-2017-at-the-bohemia-n12

5. The weather forcast for New Years Eve in the Borough is good around lunchtime. Why not walk off some of the Xmas Excess! We recommend the Totteridge Valley - maybe with a swift drink at The Orange Tree in Totteridge
http://www.mhps.org.uk/millhill-footpath-walks.asp

6. Why not see the New Year in with some proper funk! Check out The Three Wishes in Edgware

7. Tomorrow is your last chance to see the World War One in the air exhibition at The RAF Museum in Hendon

8. Why not go sailing! Many people don't realise that there is a sailing club in Barnet. Why not nip down and check out The Welsh Harp Sailing Club tomorrow!
http://www.welshharpsailingclub.org/

9. Why not dig out the bike and go for a New Years Eve cycle. There are a stack of great rides in the Borough. Check out the list here.
http://www.mapmyride.com/gb/barnet-eng/

10. Why not treat yourself to an hour's drum practice! Mill Hill Music Complex has a fully equipped drum practice studio for only £4p/h. All you need is a pair of drumsticks!

There are also piano practice rooms, full band practice and facilities for dance, photography and green screen video. You can also buy everything from drum sticks and plectrums to drumkits and guitars.
https://www.millhillmusiccomplex.co.uk

As regular readers will know, we have a regular feature called "The Tweets of the week". Well the time has come for the very best of the best. So here is my top ten tweets from all of you Barnet Tweeters. I had to think about the format. I decided that we'd pick one a month.  Enjoy

We start with one from a TOTW regular Mark Amies and his tweet to get the Railway Hotel proper protection.

As you know, we love a historical week. Here is a cracker from Tim Dunn 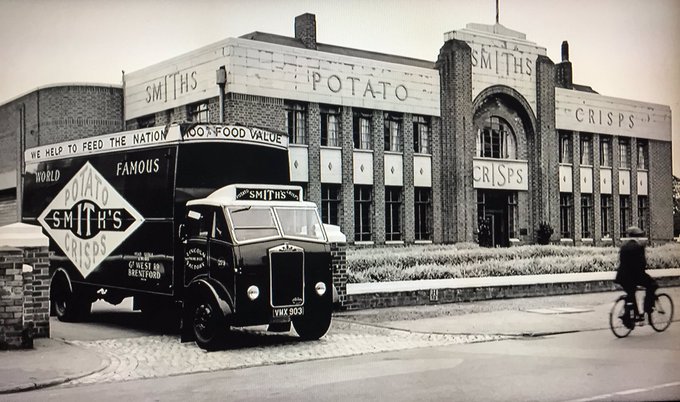 We rather liked this one from The Barnet Police. Not sure you'd see this from too many other London Borough Police forces. 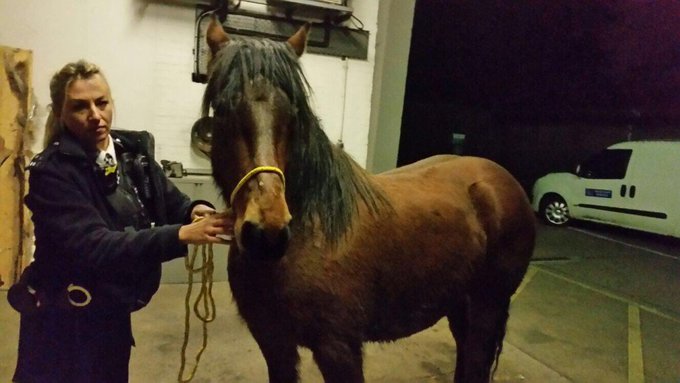 Metropolitan Police
✔@metpoliceuk
Officers in #Barnet use skills to rescue three horses who strayed onto a high street http://news.met.police.uk/news/barnet-officers-rescue-stray-horses-225019 …

Many of us have been affected by The Northern Line works. Here is what they were doing

In May, we had the North Finchley Finchley Festival. John Keough was rather taken with The False Dots! 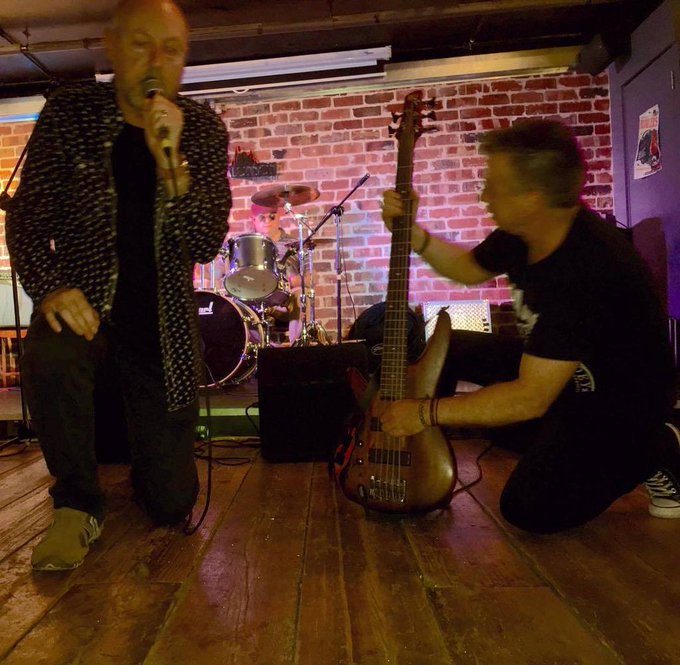 And in June we had the Mill Hill Music Festival and street Markets, which were rather a lot of fun! 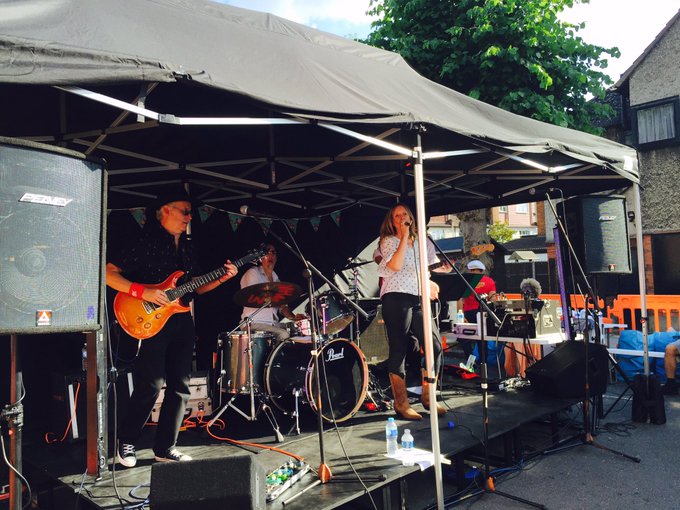 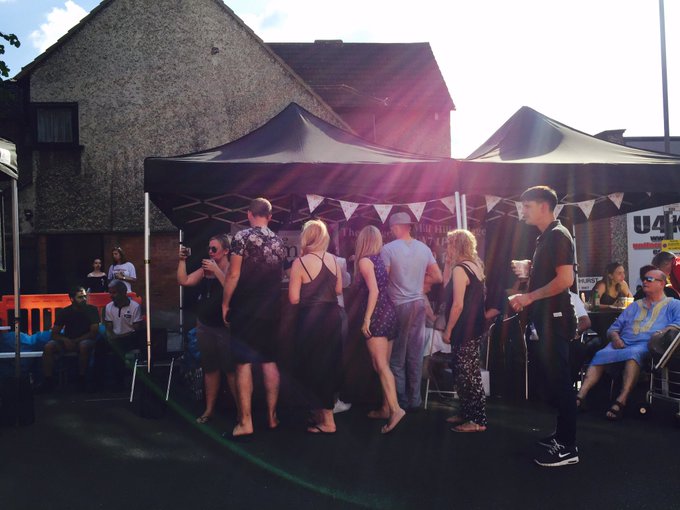 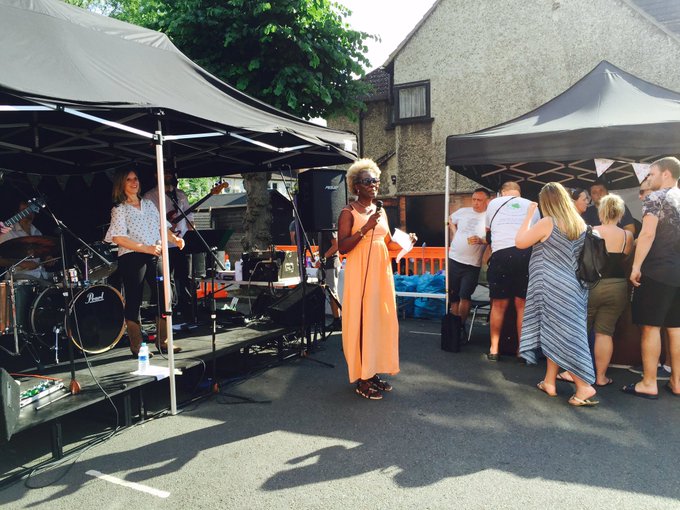 July saw Burnt Oak in the crosshairs of one of our fellow London bloggers, the incomparable Diamond Blogger. 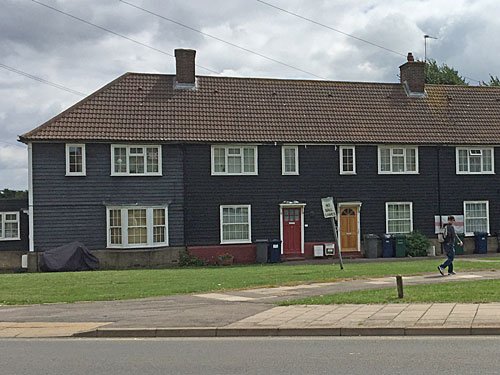 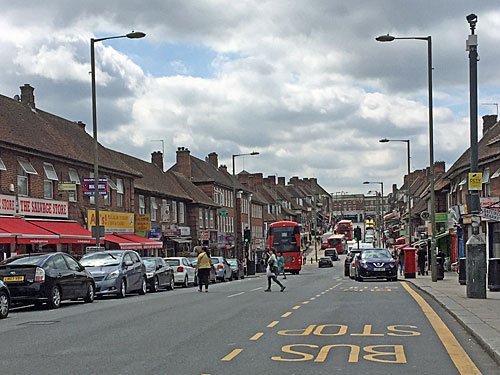 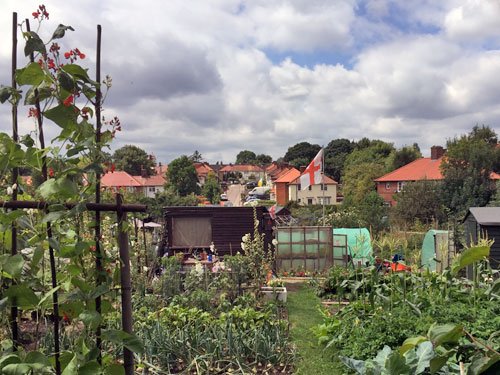 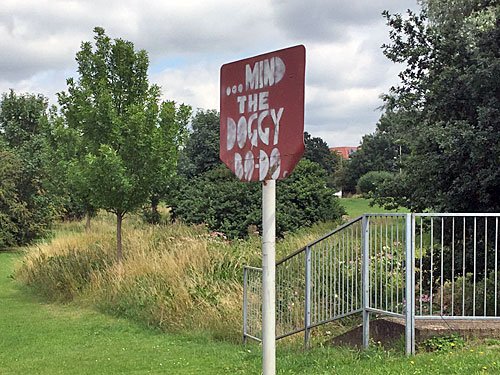 I loved this Tweet of Hendon FC in Italy in 1972. Some pictures just make you smile. 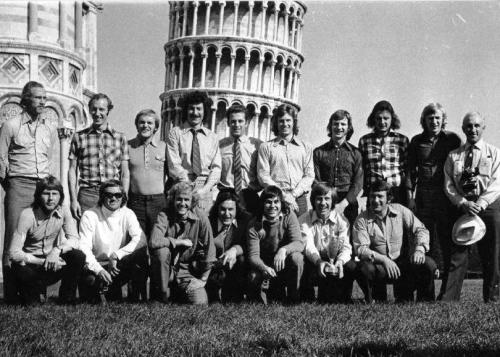 
September
This simply had to be the tweet for September.

RAF Museum@RAFMUSEUM
If you are planning to watch the BBMF Flypast in London today, the Spitfire and Hurricane will be flying Northbound over the main car park pic.twitter.com/QjTYEWW7IH

Minzeez@Minzeez
Perfect. Just perfect. So so poignant. And the cloud stayed away for us too! 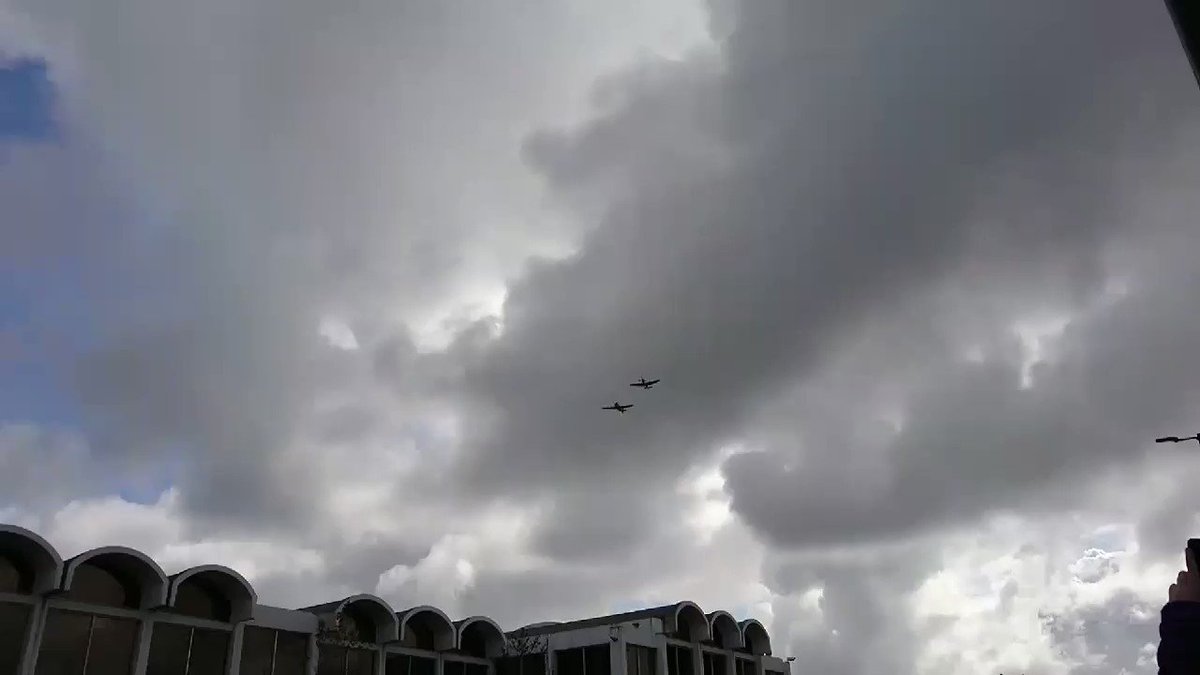 Probably my favourite local picture of the year. Simply stunning shot of The Bald Faced Stag in Finchley 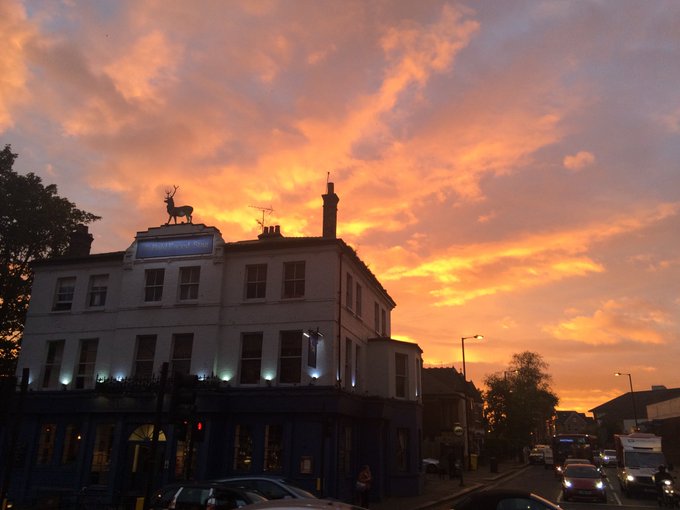 Some disturbing news from Mill Hill emerged in November 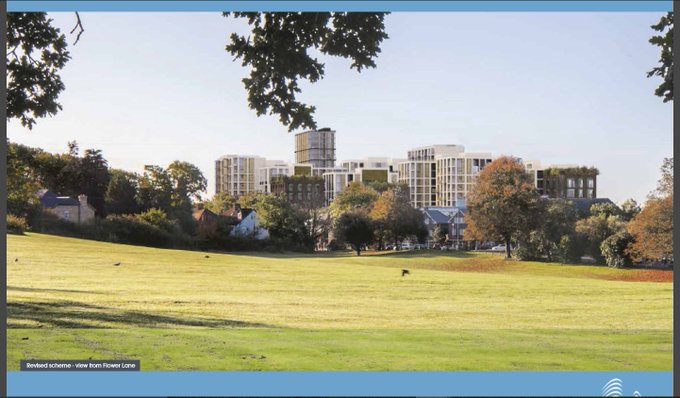 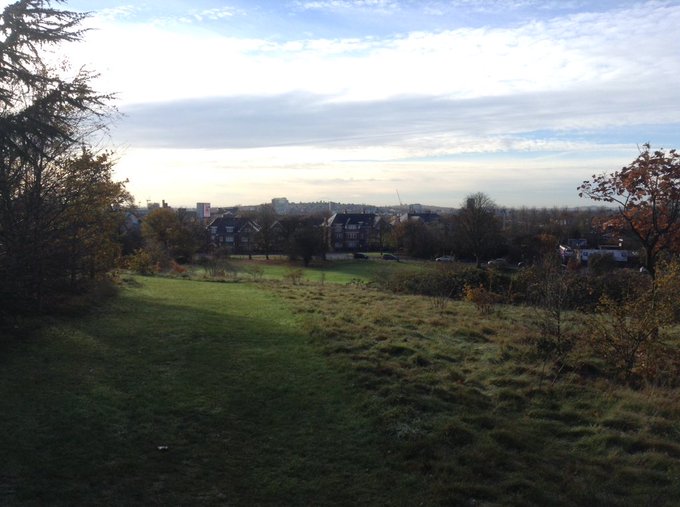 A Better Mill Hill@ABetterMillHill
Mill Hill Focus Special - Issue #8 - The End of Mill Hill as we know it?
FULL DETAILS OF THE NEW PROPOSAL FOR A MASSIVE DEVELOPMENT ON THE PENTAVIA SITE IN MILL HILLhttp://abettermillhill.blogspot.co.uk/2017/11/mill-hill-focus-special-issue-8-end-of.html …

Do you want our park to look like this or this

I thought long and hard about this choice. Mark Amies has been nothing if not dogged in his efforts to ensure The Railway Hotel in Edgware is properly restored and looked after. So we end the year pretty much where we started. As long as Mark and all of the other great people in Barnet that we support carry on, we'll be here by your side, doing our bit! 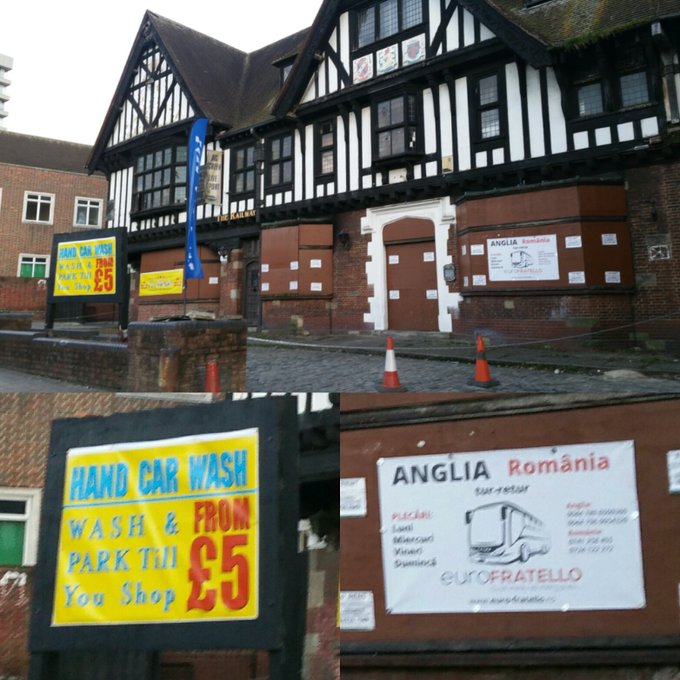 So that's it. Of course there are hundreds of tweets I could have picked. Narrowing it down to one a month was pretty hard work actually. You can see the whole lot again by clicking here.
No comments:

Email ThisBlogThis!Share to TwitterShare to FacebookShare to Pinterest
Click on Labels for related posts: The Tweets of the Week, The Tweets of the Year 2017
Newer Posts Older Posts Home
Subscribe to: Posts (Atom)