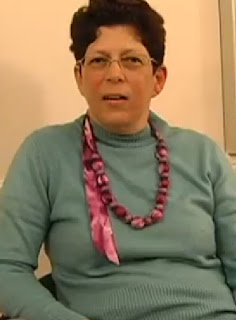 I was one of those members of the public attending the Safeguarding Overview & Scrutiny Committee meeting that Janet Leifer described. I was indeed one of those angered by the lack of true answers, the disrespect and bias demonstrated by this committee and by the poor report of the Task & Finish Group that was set up to investigate Your Choice Barnet and did anything but a genuine investigation. I was one of those fuming with disappointment and feelings of betrayal.

But as if all these, manifested throughout the meeting, were not enough - I couldn't believe my ears when I heard Cllr Gordon utter (like someone just awoken from sleep, which from my seat in the gallery he appeared to be doing for most of the meeting) that 'the unions have a political agenda' and they are known to be 'very leftie', therefore their critique of Your Choice should not be taken seriously.

This, after a presentation from Unison that stressed the impact on services from the workers point of view and on the workers' morale (as is the unions' role to do!) as well as the staff's concerns to the well-being of the service users, and a whole meeting in which family carers and CADDSS members explaining their concerns and the reality of deteriorating services for those most vulnerable of residents!


Anyone who had been there would have seen that nothing was more of a cynical performance of a narrow Tory political agenda than Cllr Gordon's and his peers' behaviour in this Safeguarding committee meeting on Wednesday the 27 November;


Nothing more deceitful than Cllr Brian Salinger's quoting a sentence from CADDSS’ submission of evidence to the committee out of context, in a way that turned the conclusion of the CADDSS report on its head, using it to justify a decision that effectively ruins the lives of vulnerable residents and the quality of services that used to be the best of their kind, provided by professional and dedicated council staff; the quote was from the family carers of a service user in one day centre where most permanent support staff remain in post and are able to continue their dedicated work, where the new policies haven't struck yet, and hence no changes are felt to date and the service continues to be excellent as it was before. This positive testimony that was submitted to the Task & Finish Group precisely reinforces CADDSS argument: When you allow the permanent professional staff to continue to do their work as they were able to do under the council control - then you witness again how council employees provide high quality care; why ruin these good day care services for disabled people by chasing profit?!
However, the current good service in this day centre does not prevent this and other families of service users from being concerned about the risk of deterioration in the service provision when the axe will hit the workers of this centre too, as it did in the other services managed by Your Choice Barnet.

Nothing in this committee meeting more biased against disabled people and their family carers than the committee's dismissive attitude towards their pleas to consider their needs and well-being;

Nothing less democratic than the predetermined decision by the Tory majority on the committee to endorse the whitewash report about the failing Your Choice Barnet Ltd, a company that provides services for people with severe learning and physical disabilities, and not bring those services back under the council's control;

Nothing more contemptuous than Cllr Bridget Perry, the chair, chatting throughout the meeting while family carers and other residents making their speeches in an attempt to convince her and her committee to LISTEN. So transparent was her contempt, that she actually forgot she had to conduct a vote before declaring the pre-decided outcome...

I was left thinking what a waste of public money this Task & Finish Group was, or indeed - this Safeguarding committee is, when the One Barnet council makes every decision with the sole political agenda of putting profit before residents' well-being and lives (Yes, Cllr Gordon - you cannot deny that this is YOUR political agenda)


Don't we need to ask ourselves why we should pay the allowances of the councillors on the committee if the decision was already made, regardless of their 'investigation'? Isn't it enough that we are paying huge salaries to Your Choice directors and chief executives rather than using the money for the benefit of disabled people?

And another frightening thought haunts me since the 27 of November: If this is the face of the Safeguarding Overview & Scrutiny Committee, then the reality in privatised Barnet is that there is NO safeguarding for disabled residents!...