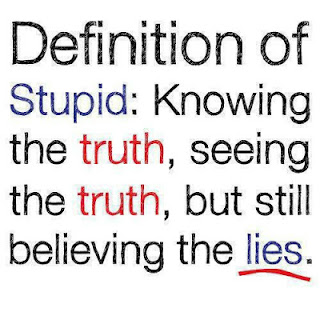 I thought I would update you on the massive hike in Community Space day rates without notification to the carer for the service users at Community Space, although it appears not to be a matter of much interest to many it is thank God  of interest to some.

I just spoke with Ms A who is the sister and carer for Ms B, a service user that my daughter Susan spends a couple of days per week with, and just to re-cap Ms A normally receives a monthly bill from YCB for £672 per month , and this month for the month of April received a bill for £1,120-0+ for the same days per month that Ms B attends Community Space, without having been told the rates were increasing on 1st April.
Ms A called YCB and was told by Simon Meredith that she was sent a letter advising her of the increase a letter she never received, a letter that was almost definitely not sent because (a)  she is not alone and ( b) this is standard response for YCB and I have  experienced the same situation on many occasions. Ms A said getting a letter would have made little difference any way because the amount she receives from social services is lower that the amount of the demand without adding BMRC attendances for the month , so what is happening. He passed her on to another person at YCB who said you should have received a letter and by the way you are not alone this has happened to other people as well, the problem is I cannot help you because I do not know what is happening anyway, so she has been left in limbo not knowing what the future holds.

All those attending the information meetings at Community Space in March will confirm that Social Services got the blame for everything , they were blamed for refusing to fund this that and the other, but it seems strange that we are at  a carers information meeting on the 26th or 27th March just days from 1st April and nobody at YCB thought to mention that the fees were going to be virtually doubled on 1st April.

The reality is if social services were unable to fund what YCB then considered to be reasonable demands how can they possibly fund an approximately 80% rise in the daily fees. The answer is they cannot, they will have to reduce the days per weeks for the service users either now or in the not to distant future, a claim supported I think by the exchange between Mr A  & Troy Henshall at the Rosa Morrison information meeting a few days ago.

YCB claim the proposed changes will result in no change for Rosa Morrison a claim incidentally disputed by the care staff, and Mr A asked Troy how long he could guarantee no change and Troy replied 6 months. So in essence they are pushing through these changes dumping the skilled staff in favour of as and when staff and cannot see beyond a period of six months when it could all change again, which begs the question what sort of a business plan is that when you are dealing with changes that impact upon  the health and well being of vulnerable people.

Furthermore Ms B attends BMRC one day per week on a Friday at a cost including transport of £50 per day, so what possible incentive would LBB social service have to pay £130 per day exclusive of transport at YCB,  how would they justify the cost, and why if BMRC can show a profit at £50 per day why could YCB not show a profit at £70 per day instead of hiking it up to nearer £130 per day. Which does not sit with their claim in the 1st March document that the proposed changes are to make YCB " more competitive in the market place "

Ms A like all parents & carers needs the respite from Ms B and Ms B needs the stimulation of her peers and her community hub ( and remember they are not alone ), we have to ensure we challenge this what appears to be back door route to reducing the five day week support for service users leaving them dumped at home to waste away both physically and mentally this is really zero hour.

My theory for what it's worth .