The Blogs of the year on the Barnet Eye 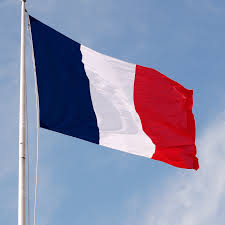 As ever at this time of year, we finish the old year and start the new year with a few rituals. We had a brilliantly successful Barnet Eye Community Awards Ceremony at The Chandos Arms. We hope you enjoyed our Xmas message. The next tradition is our blogs of the year. This is where we take a  look back at the four hundred and one blogs we've published this year and pick our favourites on a month by month basis. As years go, 2015 has been an exceptionally horrible one.

We've seen the rise of ISIS and some truly horrific attacks in France, starting with the Charlie Hebdo raids and ending with a night of terrible carnage. We've seen the political response which was for the UK to once more get embroiled in a foriegn war. Perhaps, like no other war we've ever been involved in, we are putting service personell at risk when none of the potential winners are offering anything which looks remotely like what we call a civilised government. The choices seem to be ISIS, Assad or God only knows what. At least this time no one is pretending that a civilised, democratic state is going to be the outcome.
In the UK political spectrum, we had a truly bizarre year. Up until May, it appeared that the consensus was that the coalition had done a decent job. Everyone expected another one. Sadly, it appears that everyone was mislead by pollsters, who it now emerges didn't actually bother to ask ordinay people what they thought. Ordinary people took an axe to the Lib Dems. They simply took the view that if you wanted a Tory government, then you vote Tory. The Lib Dems exited stage left and for a short while it seemed as if Cameron and Osborne were all conquering. Amazingly, we end the year with Osborne looking more and more like damaged goods as one key policy after another falters and is rejected, most notably tax credits.

The Labour Party did what the Labour Party is best at. They launched into an extended period of navel gazing. Labour members could not have been more clear who they wanted to lead the party. Sadly the Labour MP's disagree and seem determined to do everything they possibly can to stick two fingers up at the membership and their own democratic process. It appears to me that Labour is not actually functioning as a party at the moment. We have highly motivated activists on the streets, who are completely disconnected from the party machine. You don't have top be a genius to see what will happen next. My own view is that the Blairite fringe who are simply waiting for Corbyn to fall are deluded fools who need to get off their backsides and wake up. A divided party is a party that fails. Cameron is smart enough to see this, why aren't the Labour MP's?

On a  personal front, it has been horrible. A good friend lost his 20 year old son in a horrific accident in New Zealand. That has cast a long shadow. I've also had to come to terms with some unwelcome news in reference to my own cancer diagnosis.

Highights? Well there have been a few. From the perspective of my band, it has been a classic year. We've nearly finished our album, we've released a video on Youtube and we've played some classic gigs. We've also written several classic songs. My daughters have both started Uni, which has been a good experience for them. Anyway, without further ado, here is my choice for the blogs of the year.

There could only be one. The big story in January. The biggest ever petition in the Borough. There were a few, but I believe this one pulls all of the themes together.

For me personally, 2015 has seen me launch a major campaign. This was a response to the closure of over 40% of Londons key music venues in the last 10 years. The campaign has gone from strength to strength, with even Boris Johnson supporting it and setting up a task force. This is where it started.

Although my cancer diagnosis has caused me much grief throughout the year, this particular story was pretty left field. This is how The Holiday Inn Hotel group ruined my 20th wedding anniversary. They never apologised and they offered no explanation for their actions. I do a lot of travel and will be avoiding them like the plague until the day I drop dead.

Sometimes you don't have to say too much to get a point across. Reading this blog again just reminded me of how simple it should be to get a message across whenb you are right.


Tax - No one likes it until they need public services

In May, the Tories won a massive victory both locally and nationally. I asked members of all  the parties to contribute guest blogs. By far the most illuminating and interesting was one from Stephen McKenzie, who is a young Tory activist. This got a huge response. I suspect that in years to come Stephen will be a name to watch in the Conservative party (assuming he isn't too put off by some of the unpleasant shenanigans we've read about in the press in relation to youth activists). Having seen both the Labour and Lib Dem local party machines at close hand over a number of years, it is pretty clear to me that the Tories have a far better and more organised approach, with a focus on what will get voters out (or keep opposition voters in). It is a bit ironic that despite Barnet having the worlds greatest local bloggers, none of us were engaged to help any of the opposition parties in the election campaign. Given the tens of thousands that read this blog every month, that is truly bizzare.

In June my attention was 100% on the Mill Hill Music Festival. I wrote this blog primarily to capture all the details, to help me plan for the next one. In fact it has been a really successful edition, with people contacting me from far and wide for help and info and just to thank me for putting it together

How to plan a local music festival

We are now in the heady months of Summer. Seems like a long time ago, doesn't it. At the time I made a prediction that seemed absurd. I stated that I thought Jeremy Corby could and would win the Labour Leadership contest.  A couple of Labour Councillors at the time took the trouble to tell me I was off my rocker! A few days later a poll was published that said he was ahead in the polls. The rest is history.

In August we had a massive response to our blog about scrapping the Meals on Wheels sevice in Barnet. The whole issue fills me with sadness. That is all I can really say right now. It is an attck on the most vulnerable people in Barnet and the people who have sought to defend the decision disgust me.

There really can only be one blog for September. The Barnet Libraries Childrens March. What a day, what a joyous event. Sadly our local politicians don't really seem to care, but what a great community we have.

A rather personal blog, but one which means a lot to me. For you, dear reader, this may give some idea of my motivations.

Some things are worth fighting for 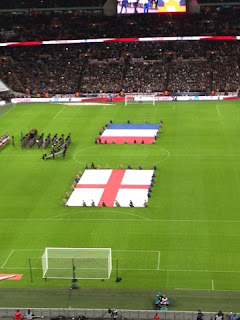 How did London respond to the Paris atrocity? I wrote this blog about the England vs France football match which will probably be one of the most moving occasions I have ever attended.

A night at Wembley to be proud of

The big story in December was the shenanigans surrounding the election for the general secretary of UNISON. Local Barnet General Secretary John Burgess was seemingly on the end of some sharp practices from staff of the Union, who are meant to be impartial. The story has been picked up by Private Eye and The Guardian amongst others.