Who are real Superheroes

A huge bugbear of mine, which in some ways is completely irrational is the use of the word 'Superheroes' in movies. These individuals have special powers that allow them to perform feats us mere mortals cannot, such as flying, X ray vision and telepathy. They use these powers to save babies, dogs and even sometimes the planet. But is it really heroic to simply do stuff well within your capabilities? What is a real superhero.
First let's ask what is heroic. It is performing a selfless task, at great risk to yourself, to the benefit of others. Pulling a child from a car crash, when there is a possibility of explosion is a classic example of heroism. So how do you become a Superhero? Well I'd say to do such things repeatedly.
Perhaps the strangest thing is that we are surrounded by such people. We meet them all the time. Members of the Pilice, Fire service and armed forces. As they are heroic, most don't walk around wearing medals or seeking recognition.
People such as my Father, who was a WW2 bomber pilot. He flew 40 missions over hostile territory, was shot down, taken POW, escaped and survived. As a member of bomber command he received no campaign medal for his sacrifice. I once asked him his thoughts 'my reward was to bring up a family in freedom and peace'. That is a true superhero response.
Sadly our governments over the years have treated such people as dirt. Injured servicemen are forced to rely on charity handouts from organisations such as help for heroes. To me it is clear who the superheroes really are. It is also clear who the arch villains really are. The disgusting truth is that most of them have been elected by us through the ballot box. 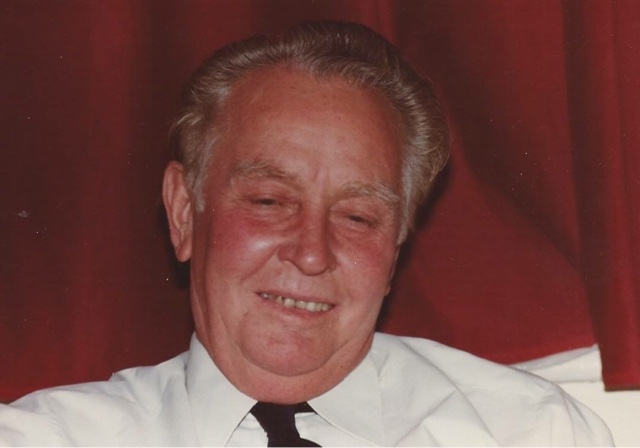 My father, Flt Lt Lawrence Tichborne RAAF shortly before his death in 1987