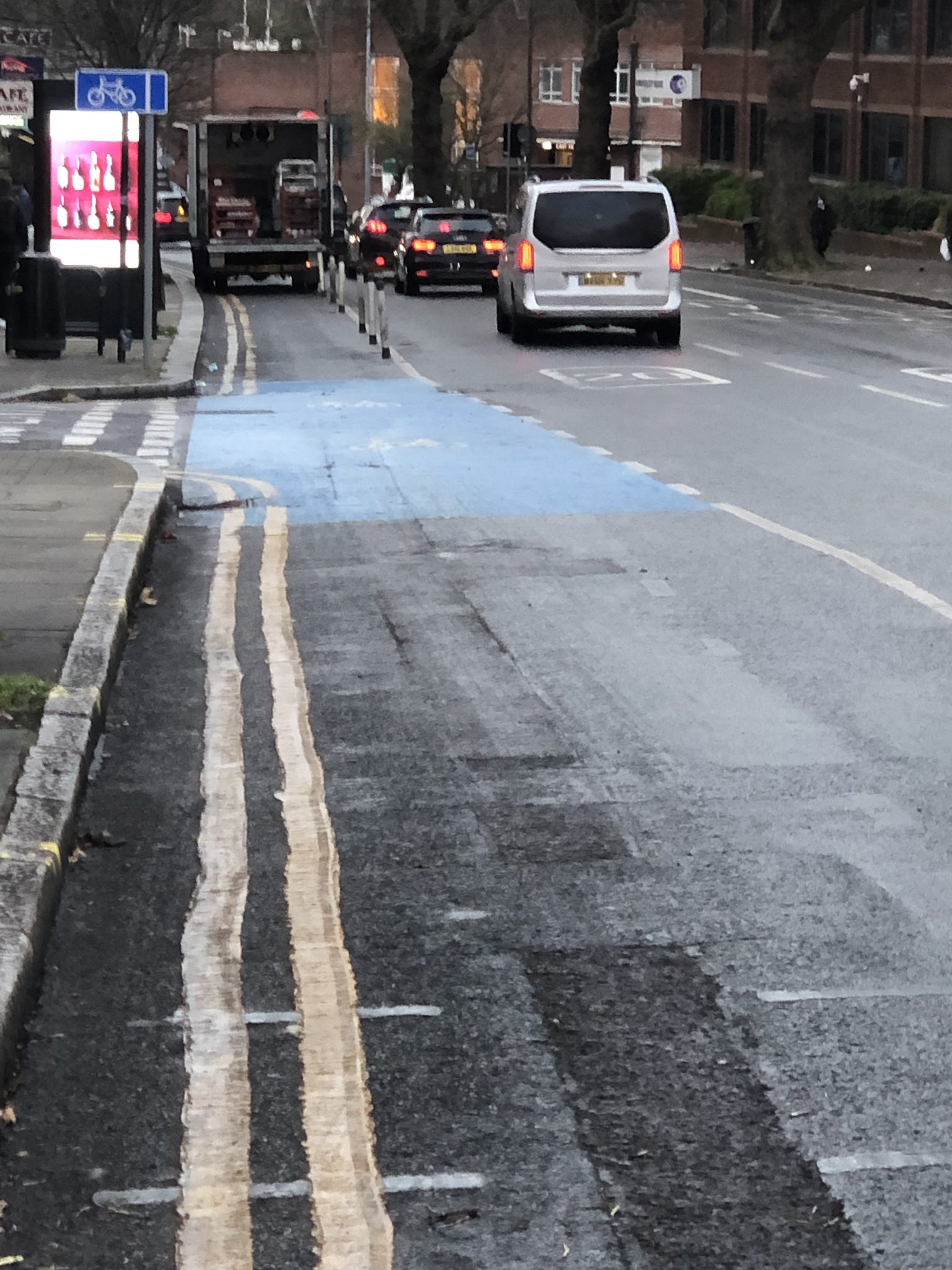 Today Barnet Council released its long-awaited report intothe emergency COVID measures which included cycle lane on the A1000. This week the Council’s environment committee will discuss this report, which broadly supports the lane. We at Better Streets for Barnet back this change as an important step forward in rebalancing our road environment.

For those new to the discussion, the segregated lane along part of the A1000 (from East Finchley to Tally Ho Corner) was put in as part of the emergency transport measures during the initial phase of the pandemic. It has caused much discussion amongst both supporters and opponents, and in our view should be seen as a success.

The data shows that car journey times along the route are down, and air quality has improved. This fits a pattern that has been repeatedly shown wherever these schemes are objectively assessed – cycle lanes do not cause congestion. We applaud the diligence of the data collection team and thank them for their hard work.

At the same time, the report does mention some areas in which the scheme could be improved. Better Streets for Barnet highlighted some of these during the consultation and will happily work with the council to ensure alterations meet the needs of all road users. We urge those designing these changes to consider how shared use paths might cause conflict between pedestrians and cyclists, and to avoid situations where cyclists would have to move out of the safety of a lane into the main traffic flow to avoid parked delivery vehicles.

During the trial period, several different points of view have been raised – “why is segregation needed?”, “I support cycle lanes, but just not this one”, “it is in the wrong place”, “it puts cyclists at risk because of its design”.

egregation is needed to address the fundamental problem of our roads – that putting two tonne metal vehicles moving at more than 25mph in the same space as 90kg bikes carrying humans with minimal protection is not safe. Any hazard control strategy places elimination at the very top - if we remove the risk, then we no longer need to worry about collisions occurring.  Working towards zero collisions must be the primary focus. We know by now that simple painted lanes do not remove the risk, they are little more than a warning sign and crashes still occur.

So, Barnet are fulfilling promises in their transport strategy by putting this lane in, and it is absolutely in the right place. The A1000 is the number one desire route for transport in the borough. Starting here is going to produce the most benefit, it will encourage more people to cycle. Linking the main town centres in the borough will remove the need for car journeys of less than 5km, which make up a disproportionate amount of our trips. If we reduce the number of these short car journeys, the roads will be freer for longer journeys as well as for the emergency services.

We are under no illusion that the lane is perfect, and the report does mention improvements. Very few initial schemes of any sort are ideal, but in assessing these kinds of change, we should not allow perfect to be the enemy of good. We must work together to improve the lane, listening to the concerns of all involved and establishing ways to make it better. Removing the lane will undo the achievements of the past 18 months and will cause the Borough to commit further to roads being overly dominated by cars with the knock-on effect of dangerous air pollution being inflicted on Barnet citizens. The councillors supporting the lane should all be applauded and praised for their leadership, both in a time of crisis and going forward.

Jon Klaff is a campaigner for sustainable transport and lives in the Borough of Barnet. Guest blogs are always welcome at the Barnet Eye