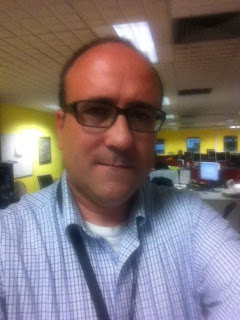 I did say I wouldn't speak about the Referendum again after last week's tragic murder of Jo Cox MP but we are now hours away from voting and I can't remain silent when the same old lies are being repeated.

When I spoke on Wednesday evening in favour of Remain at our public meeting in Mill Hill many pro-Brexit supporters were shouting, telling me to sit down and shut up.

Is this the Britain we want? A Britain where only those with pre-approved opinions are allowed to speak? A Britain where our elected representatives are under threat of Murder because they dare to break the consensus and call out the Leave campaign for what is really is?

And it really is a squalid, know-nothing argument, built on lies, built on exaggerations and built on deception.

That’s not the Britain I love. The  Britain I love is strong and influential inside the European Union. It’s now free to push for genuine reform as it is no longer bound to the Treaty of Rome requirement for “ever closer union”. No longer bound (and it never was) to bail out Eurozone countries as our non-Eurozone status is confirmed through the deal Cameron struck with the EU prior to the Referendum.

And what about the £350 million a week argument? It's an exaggeration. In reality we send just under £250 million a week and get back money to pay for agriculture and infrastructural projects. In addition the private sector gets EU grants to pay for research. Even then the money we pay out is less than what we pay for overseas aid and is dwarfed by what we spend on the NHS, Defence and Social Welfare. Returning £250 million per week to the UK exchequer would have almost no impact and could easily be sucked up if our economy tanks and the value of the pound crashes in the event of Brexit.

I wholly respect people's desire to vote Leave. We have a democracy in this country and our right to vote is fundamental to how it works. But so too is the right of Free Speech and the right to elect Politicians to represent us. I believe a vote to Leave endorses Tommy Mair, Britain First, Nigel Farage and Lies rather than truth. Darkness instead of light.