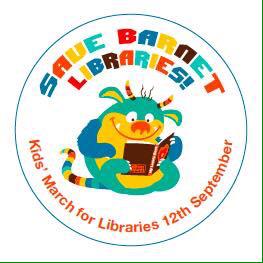 The children’s march for libraries will see supporters, including BAFTA award-winning actress Rebecca Front, take to the streets on Saturday, September 12 to protest about Barnet Council’s £2.85m worth of cuts to the library service.

Starting at East Finchley Library at 10.15am, the marchers will head to Church End Library, where they will be joined by a brass band, before ending at North Finchley Library.

The march comes ahead of a meeting on Monday, September 21 at Hendon Town Hall, where councillors will discuss proposals that could see libraries shrunk, axed or run by volunteers.