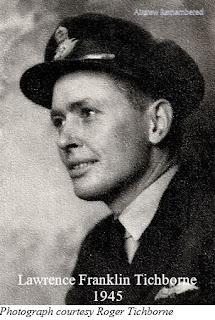 Back in 1933, my Dad was a sixteen year old applying for his first job. He wanted a job with prospects and the opportunity to travel. As a young Aussie lad of 16 living in Charters Towers, Queensland, Australia, the gateway to the world was the Railway. He was delighted when he saw that the local Railway company were advertising for a trainee signaller. He knew one of the perks of the job was free rail travel and he saw it as a gateway out of Charters Towers, which for those of you unfamiliar with Australia, is in the middle of nowhere.

He had long harboured dreams of working on the railway as a steam engineer or engine driver and it was clear to him that this was a good way to get a foothold. He was a bright lad, unlike his youngest son and swotted up on signalling.

He was told to meet the local railway inspector at the signal box.The inspector starts by asking

"What would you do if you realized that two trains were heading towards each other on the same track?"Dad replied: "I would switch one train to another track."The inspector then asked "What if the lever broke?"Dad answered "Then I'd run down to the tracks and use the manual lever down there," The Inspector then asked "What if that had been struck by lightning and was fused closed?"Dad, gave it some thought and said "I'd run back up here and use the phone to call the next signal box to see if they could stop the trains""What if the phone was busy?"Dad was stumped. maybe he could stop one train, but both needed stopping and he could think of no way to avert the crash. He then thought and said "in that case I would run into town and get my Uncle Henry".This puzzled the inspector, so he asked "Why would you do that?""Because he's never seen a train crash."