I've been increasingly irritated by the usage of the term Oligarch to describe Roman Abramovich his mates. The reason? It is a complete misuse of the word. The people who the press describe as Oligarchs are nothing of the sort, according to the classical definition.

"form of government in which supreme power is vested in a small exclusive class," 1570s, from French oligarchie (14c.), from Latinized form of Greek oligarkhia "government by the few," from stem of oligos "few, small, little" (a word of uncertain origin) + -arkhia, from arkhein "to rule" (see archon). An earlier form of the word in English was oligracie (c. 1500, from Old French).

The one thing the likes of Abramovich don't have, it is political power. They are terrified of Vladimir Putin. If they fall foul of him, they are likely to get bumped off. Most, such as Abramovich, have secured nationality of other nations, in his case Portugal and Israel and have bolt holes and superyatchs. I was recently asked why Oligarchs need so many superyatchs. I was amazed at this question. I thought the answer was obvious. If you know that, at a whim, a crazed dictator may order you to be bumped off, the safest place to be is on the high seas.

Putin did a deal with the so called Oligarchs, he let them keep the money they'd robbed from the state in return for them relinquishing all power and control. Abramovich handed over his energy assets in 2004, in return for a few billion dollars. He's kept his head down in the political arena and is still alive. Some didn't and paid the price.

I have a problem with what is going on with Chelsea. Not with Abramovich, but with Chelsea. Two weeks ago Abramovich was deemed a suitable owner. Now he isn't. Nothing in his actions have changed. He is exactly the same bloke who was in charge last year when they won the Champions League. Nothing has materially changed about him since he bought the club. All that has happened is that it suits the British government to pretend he's suddenly become a monster. But what about the Oligarchs who donated to the Conservative Party? Think about the usage of the term Oligarch? When a Russian Oligarch gave Theresa Villiers thousands of pounds, does anyone seriously believe it was because they admired the work she'd done for the cats home?

This is disgusting. In a world where politicians had integrity, Theresa Villieres would immediately offer her resignation, but of course she won't https://t.co/yriYdd9Rs7

I'd personally ban all such donations from non UK nationals. We cannot be sure if the cash was splurged for favours don e or for insurance in future votes. What we can be sure of is that none of these donations were given out of the goodness of the hearts of these billionaires who came across their fortunes by means not open to you or I.

I don't know about you, but I'm horrified by the whole issue of Russian influence in Parliament.  I passionately believe that one of the reasons Putin felt emboldened was because he thought all his tame billionaires favours to British politicians would persuade us to look the other way when he invaded Ukraine. I have Russian friends and family and they all tell me that they believe Russia has been completely surprised by the strength of the western economic response and sanctions. You don't have to be a genius to work out that had our troughing politicans not taken the bungs, then Putin would not have felt so confident. All we need now is the Wikileaks style disclosure in the next few weeks, where the whole supertanker full of sleaze sinks. 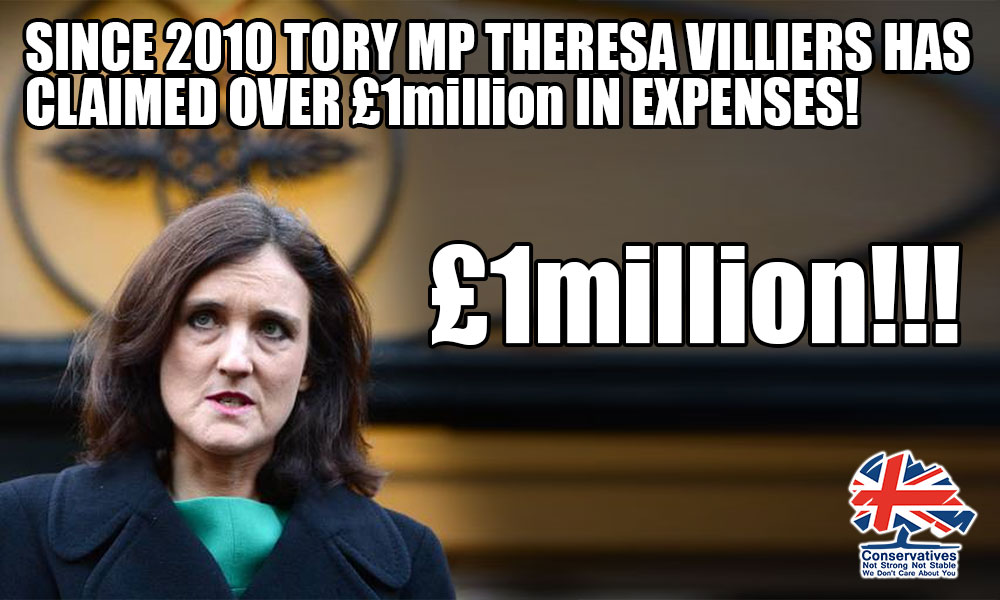 But returning to my original point. These gangsters have been laundered by being mislabelled Oligarchs, which clearly was a calling card to the top table. If you heard that a "Russian Oligarch donated thousands to Theresa Villiers MP" it sounds far better than  "Putins crony and lacky donated thousands to Theresa Villiers MP", doesn't it? As far as I can see from Ms Villiers business expenses claims, she's getting more than enough to run her office. I should make clear that there are plenty of MP's who've taken tainted Russian money, but as this blog is based in Barnet, we look at our local MP's.

The bottom line is that language is important. Whenever we misuse words, it is a sure sign that something untowards is going on.