Sometimes you walk past things a thousand times, but never look at them. I've lived in Mill Hill all my life, I walk down Mill Hill Broadway every day, but rarely do I raise my eyes above street level. Recently I've become interested in the architectural details on the buildings on the Broadway. The Broadway was largely built between 1908 and 1935 and at the time architects and builders would make an effort to make their buildings attractive and unique. It almost seems strange to think that they'd spend so much time, money and effort on these details that only the pigeons appreciate. I was tempted to include some old pictures, but didn't as I want people to appreciate the craftmanship and not look for passing rellies or old cars in the pictures. Maybe in 50 years, people may do that to these though.

Here is my little gallery of what I think are the best of them. I hope you enjoy this.

1. Lets start with the top of the Broadway on the south side. I love this date marker, giving the year of 1910. I suspect that at the time this building, just down the road from the station was state of the art. Now it is rather quaint 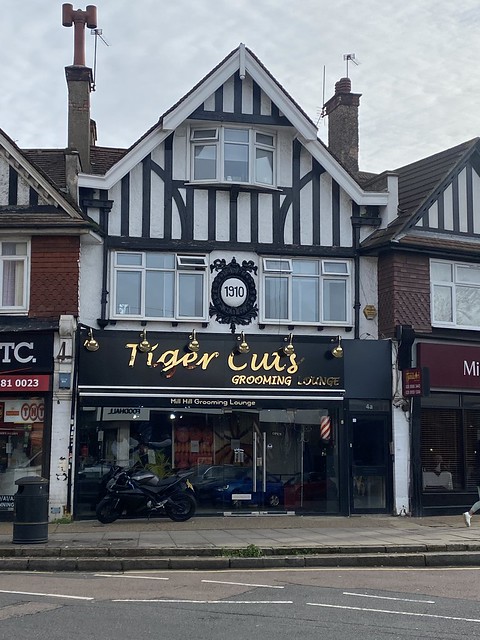 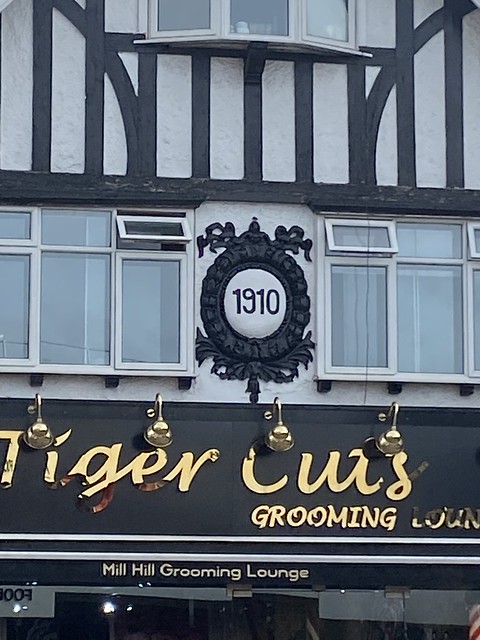 2. Next up is Costa Coffee. I wonder how many of the patrons ever look up at the rather wonderful Brickwork at the top of the building, around the roofing and the porthole window. These features require skilled bricklayers. 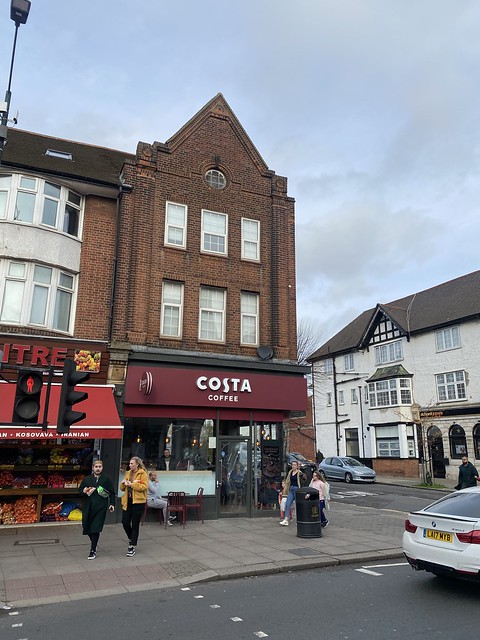 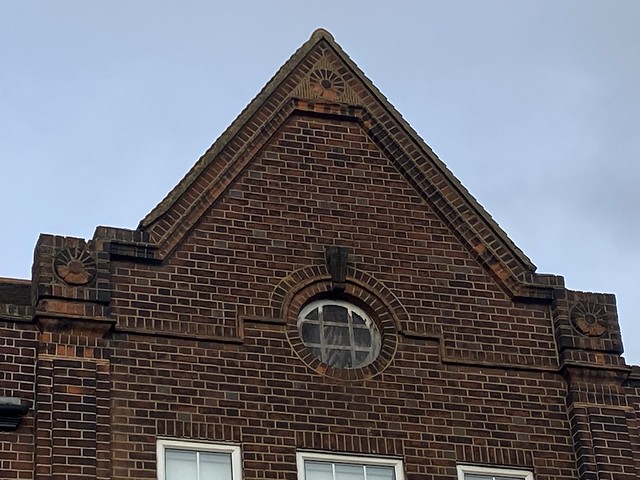 3. NExt up we have Boots. This has perhaps my favourite features. If you look above the ugly signage it is rather wonderful with the lead doming and features, rather a shame that it could do with some TLC, but next time you pass, have a look 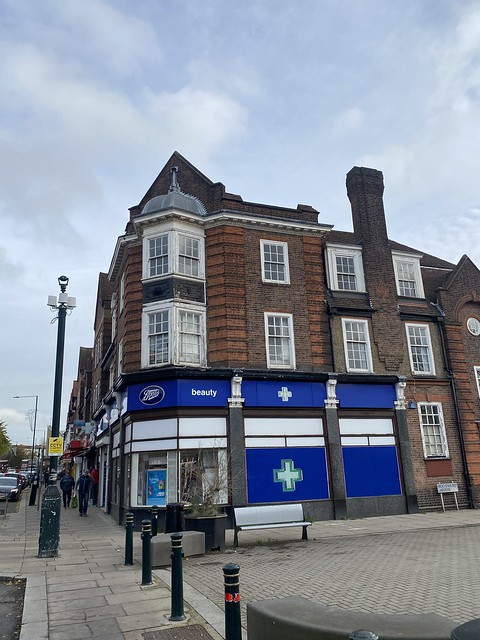 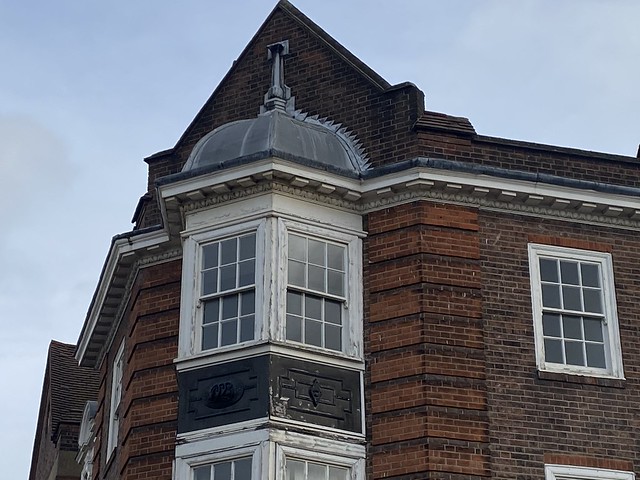 4. Above Petmania, there is some fancy brickwork and a stone marker with CLM 1934, I'd love to know what that stood for 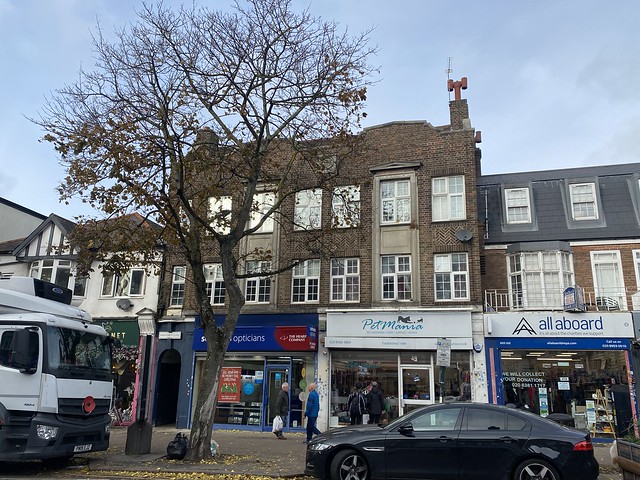 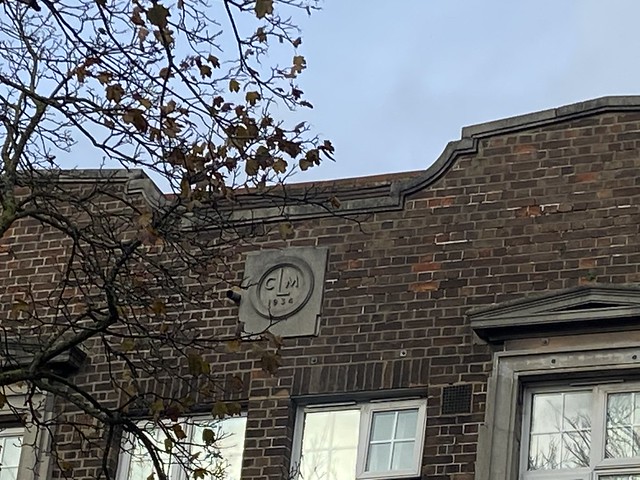 5. Tesco's Express at street level looks like thousands of other similar branches. I wonder how many have such fancy brickwork above the windows of the upper floor. I love these little details, understated and tasteful 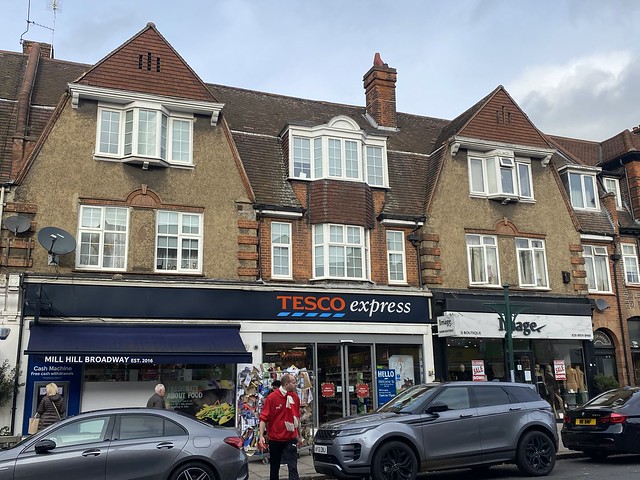 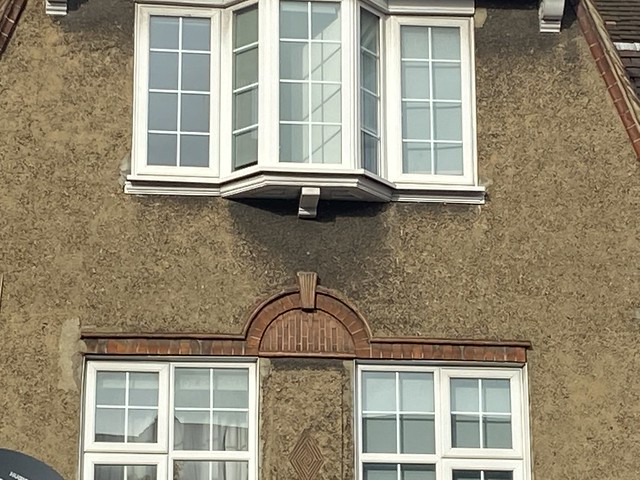 6. Pan Asian restaurant BAW is another one with some rather pleasing fancy brickwork above it, blended with the Mock Tudor style popular in the late 1920's. Again a lot of effort for something most people won't even see 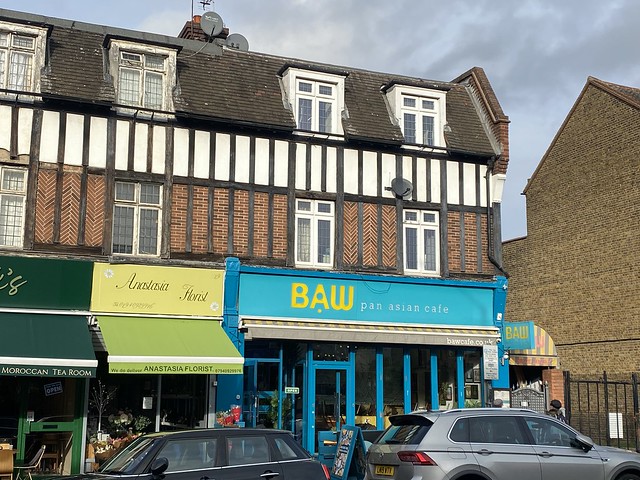 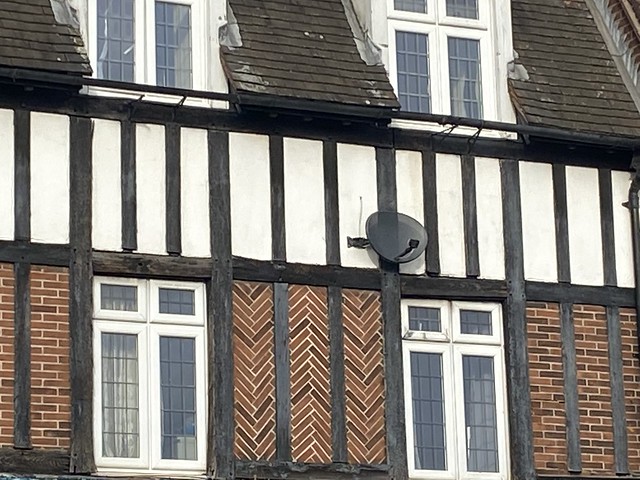 7. HC Med Spa has some nice details in the Brickwork above the upper storey windows. I did a Bricklaying course as a teenager so I appreciate these details. 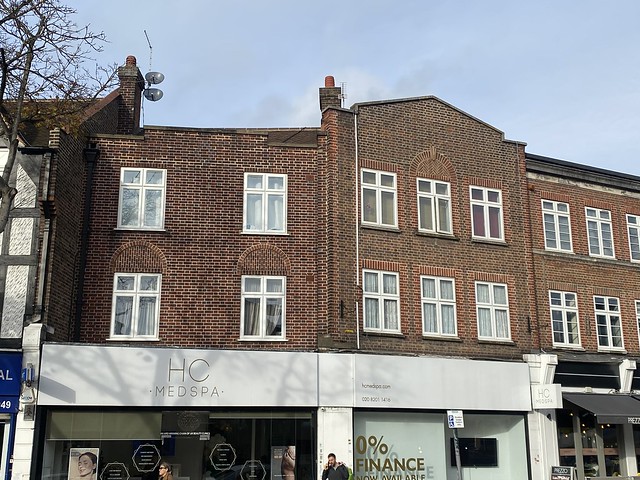 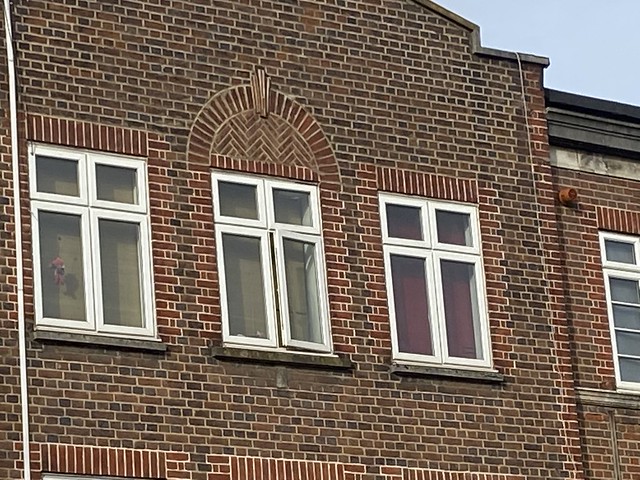 8. Domino's Pizza used to be a Branch of Lloyds bank and was built in 1925. There is still this artefact 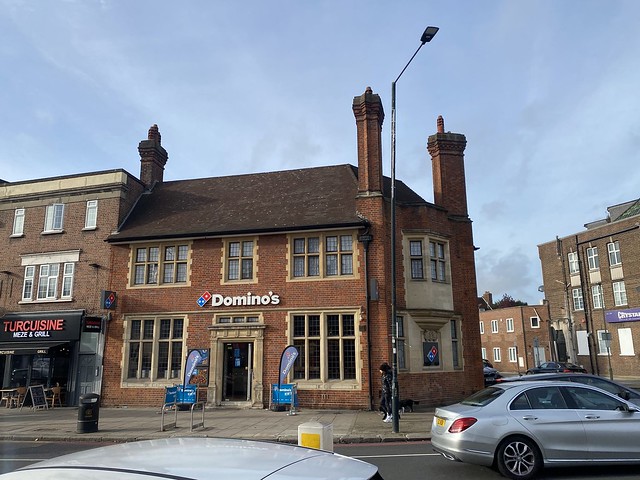 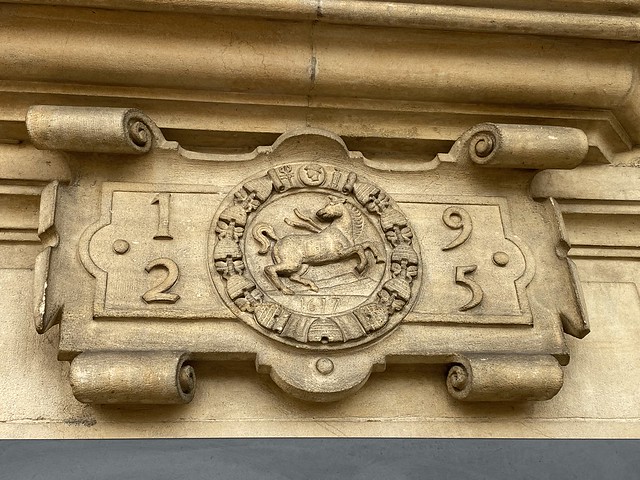 9. One of the most attractive smaller units is Gails bakery. There are several pleasing features to inspect 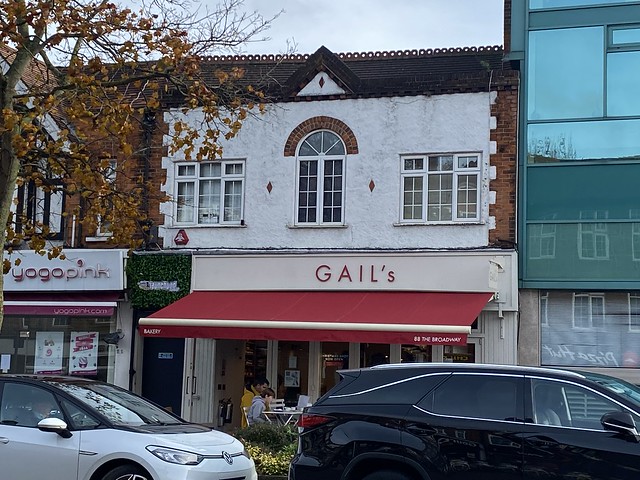 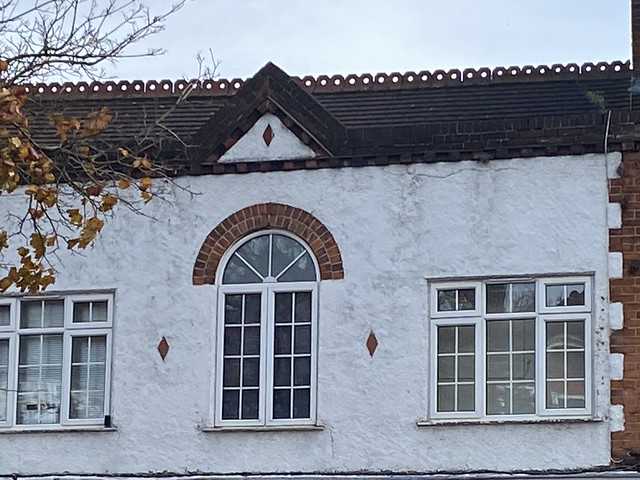 10. And finally, above Cosways, is Clarence Court. It's worth taking a 113 bus past it just to get a better view of the wonderful edifice. It would be wonderful to see this properly cleaned up. 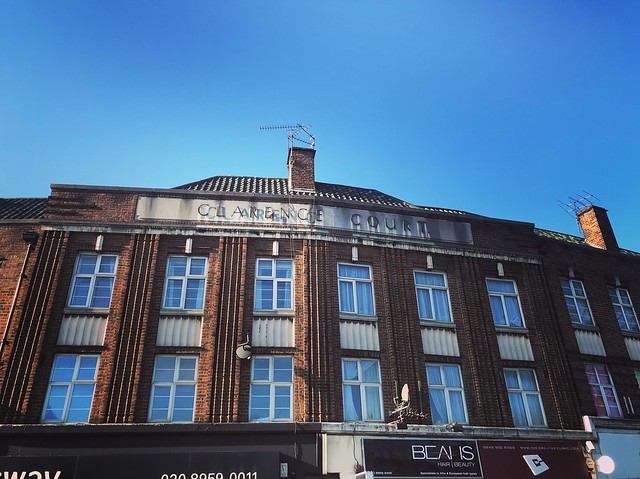 Love your observations. Will look more carefully at them next time. Thanks for sharing