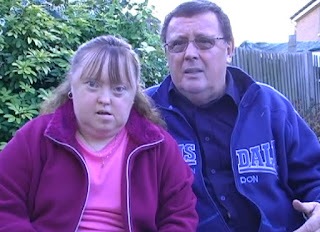 By John Sullivan,
The Barnet Eye blog regularly posts an update on a cancer issue which I read along with others on a regular basis, and like many people it  refers to cancer as the “ Big C “, simply because cancer  is a big issue, in fact it is a huge issue when it affects you.

They  have also posted comments related to my cancer issue and my treatment at the hands of the Royal Free Hampstead, which I will now refer to as the RFH, and I have questions to ask of you readers. Because I cannot believe for one second that I am the only RFH cancer patient that could in fact use the expression “ Big C” , not just for cancer where the RFH is concerned  but also to describe “ Cover Up “ ,  “ Cock Up “,  “ Contempt for patient safety “ Concerns “  and protocol “.

Some 12 years ago I had surgery for prostate cancer and suffered issues immediately afterwards, one of which was ignored, and the other treated for over 9 years as IBS, when in fact there was a Neuroendocrine tumour growing inside of me spreading like a spider’s web across my small and large intestine and bowel amongst other places. The end result being I have an incurable cancer that, had a little more effort and  investigation taken place at the time of my prostate cancer surgery, a further minor operation could have resolved the problem. Avoiding my having lived a nightmare of pain and discomfort for so many years since my prostate cancer surgery, and saved the NHS a great deal of money.

Sadly the " Cock Ups ", the  "Cover Ups" and  "Contempt " for patient safety “ Concerns “ and protocol did not end there, and have continued without interruption.  In the last couple of years at the Royal Free Hampstead, where I am expected shortly for further surgery, but terrified at this stage to have it done, for reasons I will explain in my following blogs. Sadly and with great regret apart from the fabulous NETs team at RFH and nursing staff in general, I have good reason to be frightened of the RFH.

In light of recent apparent cover up accusations in hospitals around the country, and the government’s determination to silence whistle blowers whilst pretending to support them.  Coupled with the fact in recent days it has been revealed nearly half of the NHS budget is being eaten up by compensation claims, because hospital administrations are refusing to accept something went wrong, and are spending billions on the Big C “ Cover Up “ and  “ Contempt “ for patients side of the story. The Barnet Eye has agreed for me to post a series of blogs over the next few weeks outlining my “ Big C “ experiences with the Royall Free Hospital Group.

In order that we can get some feedback from you readers , it does not have to be cancer related it can be any of the “ Big C “ issues , such as " Cancer " , " Cock Up ",  " Cover Up " , or " Contempt " for the  "Concerns " you as a patient have or are currently raising, along with “ Contempt “ for the protocol related to your illness.

Email ThisBlogThis!Share to TwitterShare to FacebookShare to Pinterest
Click on Labels for related posts: living with cancer