London only exists because of the River Thames. In our culture both ancient and modern, it has a pivotal role. Londoners take it for granted, many cross it every day without a passing glance. I worked near London Bridge for two years, so walked from Blackfriars Station, along the South Bank ever morning. I was always intrigued by the sights, sounds and smells of the river. Here's my top ten. What are yours? Simple rule, one thing in each category, so only one pub etc.
1. Music. London Calling - The Clash. The greatest song ever written to feature the river. Some may have preferred Waterloo Sunset by The Kinks, but I think that from the first bar of London Calling you are by the River. 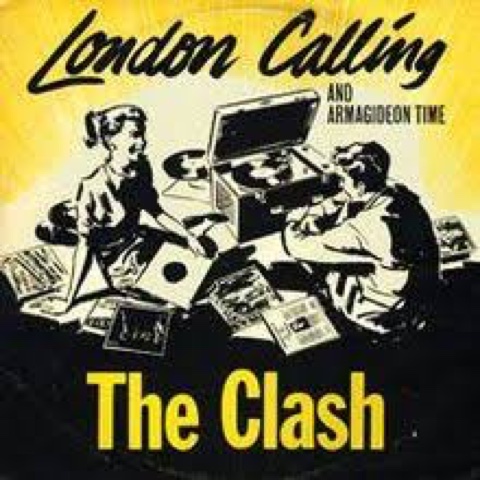 2. Film.  The Long Good Friday. The Thames is the backdrop to this, the greatest ever film about The London Underworld. Always worth another watch. The Bond movies have spectacular river sequences, but the Thames is so integral to this film, that it has to be the choice. 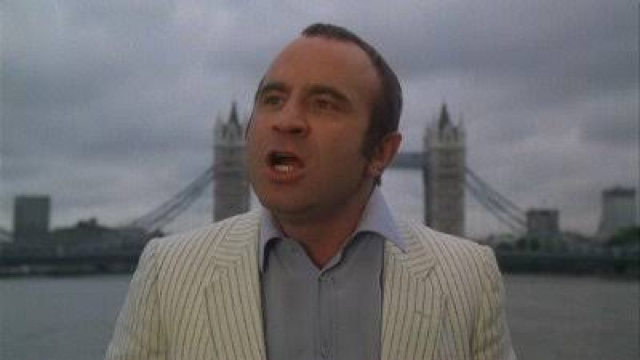 3. Station. Blackfriars Thameslink Station. Glass walled, straddling the river. The best views of any station on the planet. The best view is on a sunny morning at 7:30 in November, to watch the sun rise between the Tower of Tower Bridge. 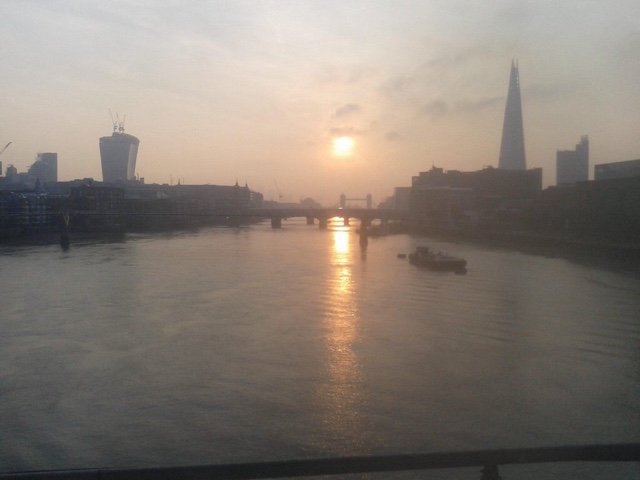 4. View. The OXO Tower. If you want a spectacular river view whilst dining, this is the place. The food is pretty good too. Book your table for half an hour before sunset. That way you will see the best sunset in town. 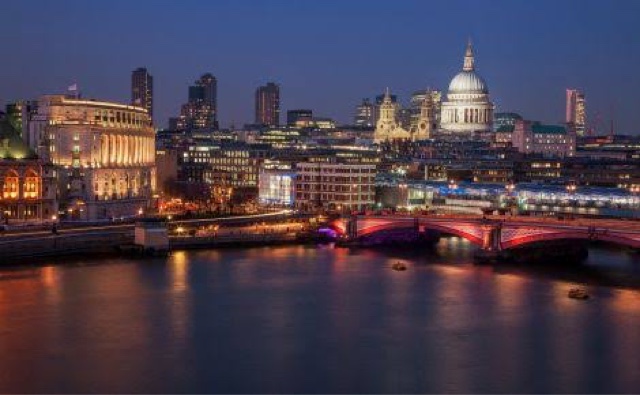 5. Bridge. Chelsea Bridge. Although Tower Bridge is more iconic and better known, I love walking along the South bank at night and crossing Chelsea Bridge, to me it is magical. It takes a beautiful picture, with its reflection at night. 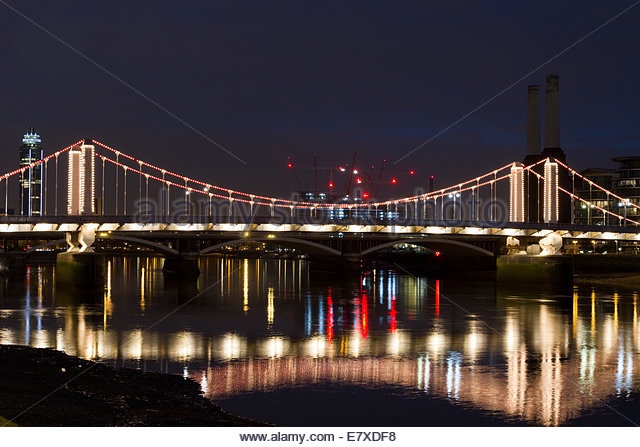 6. Pub. The Prospect of Whitby, Wapping. It has its own private garden backing onto the Thames. A decent pint to be had as well. As a footnote, I was having a pint with my old mate Steve Nash in this pub, and he told me his daughter Kate had broken her leg and was really bored and fed up being stuck at home. I suggested Steve get her a guitar to while away the boredom. That weekend, Steve brought her down to the Complex and bought her a White Peavey Raptor. Within a year she'd had a number one hit, I don't know if the Prospect of Whitbys role in this has been properly recognised! 😃 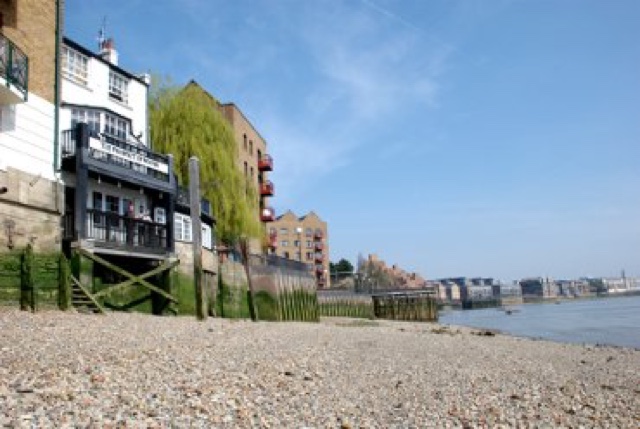 7. Chill out place. St Katherine's Dock. Currently being renovated, but if I was inclined to buy a boat, this is where I'd moor it. A tranquil spot in our busy metropolis. It is often used for filming. There is a nice little coffee bar and I once had the pleasure of having a cup of tea there, whilst watching John Simms filming a scene from the Cult TV series Life on Mars. 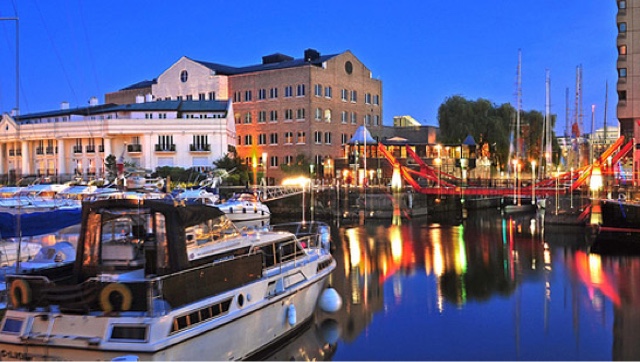 8. Engineering feat. The Thames barrier. Apparently it's saved London from flooding twenty times since opening in the mid 80's. I worked fir SPL International, who wrote the original software to manage it, so I got to go to the official opening. I thought it was awesome then and still do. It is the turnaround point for many a river cruise, which I'd recommend as an excellent way to spend a day in London. 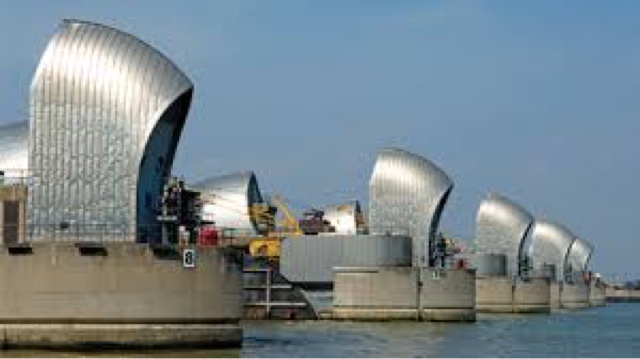 9. Fun. The beach by the Founders Arms. At low tide, there is a small sandy beach on the South Bank, by The Founders Arms pub at Blackfriars. In winter months, popular with dog walkers and metal detectors. In the summer, popular with Tourists. Sometimes you get great sand sculptures. Always makes me smile. 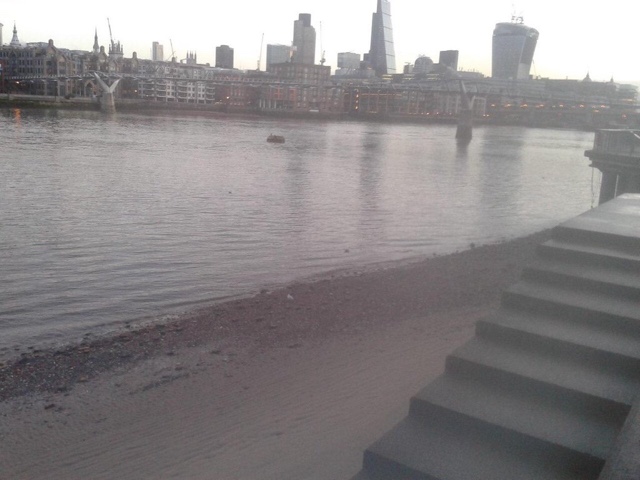 10. Historic. London Frost Fairs. If I could go back in time and see anything on the Thames it would be the legendary frost fairs from when the Thames froze over. I've always dreamed we'd have a truly awful winter so I could experience a frostfair. I've been told the river is too tidal for this to happen and in our safety obsessed culture it would probably be banned. But all the same..... 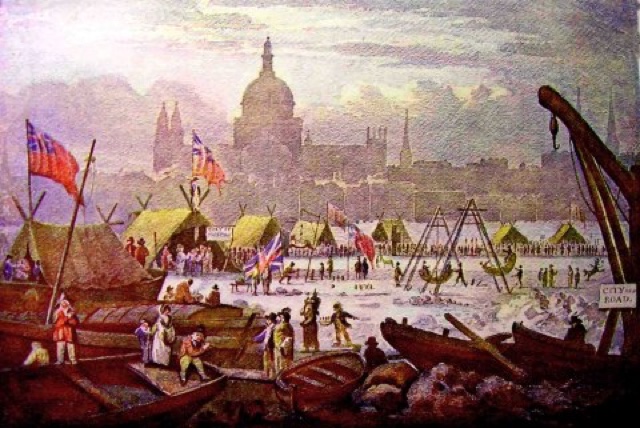 What are your Thames Top ten items?