The Answers - The Mill Hill and Surrounding Areas quiz no 3 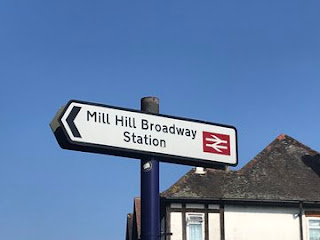 So if you want to try the quiz before you see the answers, then follow this link
https://barneteye.blogspot.com/2020/05/the-mill-hill-and-surrounding-areas.html

The two previous quizzes that we've put together have been very popular, so I've decided to put a third one together. This quiz takes in the surrounding areas which those of us who like a good walk may see. It is also a collaboration with two of my friends, Chris Fanning, who has provided an amazing local history round. Chris grew up in Mill Hill in the 1950's and 60's and his family ran a local building firm.  We also nagged an old friend of ours for a sports round. This is from a character readers of this blog will know well, Richard Wilkinson, who has provided the sports round. I have provided the picture round.Ten questions in each round, see how you do.  As with the previous quizzes, we will release the answers on Saturday. Please feel free to share.


1. Where was the plane crash in Mill Hill and what aircraft was it? The plane crashed into a wall on Highwood Hill, just before the junction with Marsh Lane, to the East of The Rising Sun. It was a Dakota.  You can still see where, as the wall was repaired with different bricks.  Here is some more info.


2. John Laing set up head office in Mill Hill and started constructing houses  in the towns around but where did he build his large housing estate in Mill Hill which was already quite well developed town.

This was the Sunnyfields Estate, off Lawrence Street.

The original Church was built in 1923. 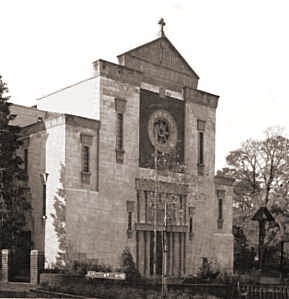 4. Where was Nell Gwynne rumoured to be associated with a fine house built in Mill Hill?

The first houses built to accommodate the Railway were the Midland Railway Cottages in Station Road, built for the workers.  You can just see one of the houses in Capture 40 on this link, on Reel Streets, for the film Hand in Hand, which had a scene filmed in Station Road and outside Mill Hill Synagogue - https://www.reelstreets.com/films/hand-in-hand/

6. What was the main produce grown on farmland in Mill Hill when the Midland Railway was built?


7. Bill Fraser the actor was often  seen on the Broadway but his famous T.V. partner also lived in a Mill Hill, where was that and who was he?

Bill was the half of Bootsie and Snudge comedy Duo in the sixties sitcom and the other one was Alfie Bass who lived on the corner of Woodcroft Avenue. Here they are in action

8. The Matthews Family were owners of the Forge in Lawrence Street and when The last blacksmith, Mr Matthews died he was buried in St Paul’s cemetery, what is placed on his grave?

A marble anvil was placed on his grave 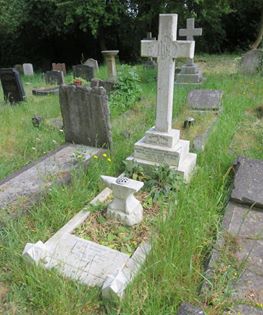 9. What year was there a railway crash in Mill Hill Station?

This was 1961. You can see some great pictures on the Mempics website

10. What does the granite obelisk in Mill Hill park commemorate?


12. What was the name of the swimmer who won two gold medals in 2002 Commonwealth Games and what was their connection with Mill Hill.

Sarah Price - she was a member of the Barnet Copthall Swimming Club.

13. What was the name of the holder of the 10,000 metres long distance running record between 1973 and 1977 and what was their association with Mill Hill.

David Bedford, he was a member of The Shaftesbury Harriers Athletic club, based at Copthall.

Hendon and Edgware Cricket Club played Sri Lanka, before they were a test match nation.

15. Which two men who have held the Formula One racing championship lived in the same house in Mill Hill?

Graham Hill and his son Damon both lived in Parkside, Mill Hill. This is a great documentary about one of our own

16. It is well known that Saracens RFC play at Copthall (or Allianz Park), but what were the first professional Rugby team to play their matches at Copthall Stadium.

17. How many league football grounds can you get a direct train from Mill Hill Broadway Railway station to the nearest rail station and a bonus point if you can name them all.

Note that the nearest Station to Brighton is Falmer Station and until Wimbledon move to Plough Lane, they are nearest to Norbury.

18. The North London half marathon was run for a couple of years between Saracens Stadium and what other major sports stadium.

19. Which Snooker world Champion has his picture hanging on the wall of the Mill Hill Services club, pictured after giving a snooker exhibition?

Joe Davis, you can see a picture at the amazing Mempics site

20. What was the name of the Sports shop that was based on Mill Hill Broadway for many years?

This is an Anderson Shelter  from World War II and is on the Darlands Trail near Burtonhole Lane, concealed in Woodlands.

22. What type of bird are these rather fine examples, spotted today

This is a Mandarin Duck

23. What bus route did the 302 replace,that formerly ran to Mill Hill? An extra point for the final destination.

The 302 replaced the 52 Bus, which terminated at Victoria


24. What year was this picture taken and what had happened the night before?

This picture was taken the day after the hurricane of 1987, in Hale Drive.

25.  This building bears the name of one of the traditional Mill Hill farming families, a name borne by several roads locally, what is it?

This was Lawrence Farmhouse, where the Lawrence family lived. They gave their name to Lawrence Street, which was the original name for Mill Hill Broadway.


Nothing like a good 6 mile walk around Mill Hill and Totteridge at 6am on Xmas Eve. Magical
A post shared by Roger Tichborne (@rogtex) on Dec 24, 2019 at 1:12am PST

26. What does this picture signify, in the words of the title song for a famous 1970's childrens show on ITV

27. The tweet below shows a picture of the worlds fastest non electric train passing through Mill Hill. What was it called.


The M1 and The Midland Mainline from Selvage Lane Bridge, 1975 and now. Not much has changed except the trains are now electric and a bit slower 😜 - hat tip to @13milepost pic.twitter.com/PZ79fnhEd2
— Roger Tichborne/RogT #CTID 🏴‍☠️🇬🇧 (@Barneteye) March 8, 2020


28. Where in Mill Hill was this picture taken?

This was taken at Mill Hill Swimming Pool in Daws Lane in 1962.

29. Where in Mill Hill was this picture taken?

This is the inside of John Keble Church.


30. And finally....... I finish with a nice photo from my friend Mark Amies. When this was first built, it was a petrol station. It had a large sign that it was your last chance to do what?

K Garage had a large sign saying Last petrol before the M1. Until the M1 was extended, this was the start of the M1. When the Fiveways flyover was constructed, the route northbound  was built over and K Garage lost most of its petrol trade.


Took pictures of the old 'K' Showrooms and Garage in Mill Hill today. Now home to @westwaynissan #concrete #brutalism #brutalist - and here's a piece I wrote about it a few years back https://t.co/EfbGvEN26g pic.twitter.com/wv84mprxfO
— Mark Amies (@Superfast72) May 12, 2018


Don't forget to check back here on Saturday for the answers.