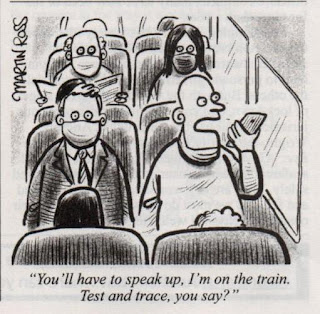 
As regular readers of the Barnet Eye know, Friday is the day we like to kick back and enjoy ourselves. Laughter is good for the body and good for the soul. We've been through a difficult period.

On the David and Carrie Grant show on BBC Radio London, every Saturday they do a throwout, put a couple of random questions out there. Last week the one of the questions was "What was your biggest act of teenage rebellion".

Anyone who knows me will know that there were one or two. When the question was asked one incident stood out. As regular readers will know, I attended Finchley Cathoilc High School. One of the high points (for the headmaster) was an annual mass for the whole school, I can't remember what this was for, possibly St Albans day (he was the schools patron saint). It was a big deal and many priests would be shipped in. One of the years, there was a significant anniversary, possibly the schools 50th Anniversary. The local Bishop was shipped in to celebrate the mass. We were all warned on pain of death that any misbehaviour would mean instant expulsion. The school choir was put through its paces, learning harmonious descant melodies to the hymns we were expected to belt out.

When we were summoned to the school chapel to have a practice, the Headmaster was in attendance. The first run through worked fine. We sung the regular tune and the choir sang the descant harmony. But we were confused by this, it hadn't been explained that the choir would sing a completely different tune. When we were asked to do it again, every one of the boys tried to sing the high pitched soprano line. The cacophony scared cats for miles. The music teacher explained that we just had to sing the regular tune and that the choir were singing a harmony. We were to try it again. Sadly, we were up for winding him up. After three attempts failed miserably, with much humour, the Headmaster announced "You know the tune, anyone who is not in the choir and sings the descant when the Bishop comes will be expelled". Much as we were God fearing Catholics, the chance to wind up a very unpopular Headmaster in front of the Bishop was just too much. At the key moment, the inevitable happened. The whole chapel dissolved into hilarious laughter. The Head stood up and screamed "Lynch, my office". Sadly, and in a way very typical for him, he picked the pupil he least liked to take the rap for the 180 boys who had embarrassed him.

I quite liked Jim Lynch, he was a bit of a nutcase, but he was our nutcase and I'd always got on with him. I felt affronted, the Head had favourites and those he didn't like were never treated fairly. I was determined to do something. I didn't have to wait long. The Good Lord smiled on me, as he always does on the righteous. As we approached the bidding prayers, I felt a build up of gas in my nether regions. Anyone who knows the Liturgy of the Roman Catholic mass knows that at the end of the bidding prayers, there is a moment of silent reflection. As the bishop said "Now a moment of silence for our own private intentions", by bowels emitted the most thunderous fart ever recorded in the Parish of Finchley, possibly the whole of North London. As I expected, the hall dissolved into uproar, but not before my mate Pat Walsh, shout "Yates, you dirty bastard". When order was restored, Stephen Yates was the victim of scowls from all of the assembled teachers.

After mass was finished, the Head walked up to Stephen Yates and gave him a good telling off. Stepehen Yates knew that there was no point in arguing with the headmaster, so he was for ever the 'boy who farted in the Bishops mass". A couple of days later, I confessed to Pat Walsh. He simply laughed and said "Yeah, I know but it was funnier that Yates got the blame". It was a cruel place.

Have a great weekend.