So how psychic am I? One month in, my 2021 predictions review! 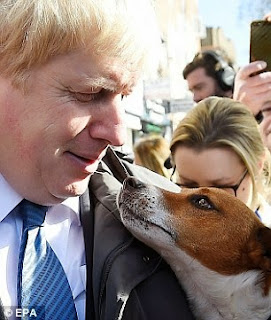 For a bit of fun at the start of the year, I laid out a set of predictions for every month of the year. As there isn't much on telly and not much to report, I thought it might be fun to do a monthly review and score my predictions out of ten. So how did I do for January?

So here they are. My comment and score out of 10 for accuracy is in red italics

We will shortly see the beginning of the roll out of the Astra Zeneca vaccine. Many of us are pinning our hopes of a return to normality on this. I predict that the ramp up of the vaccination program will initially be a fiasco with questions in the house. Given the governments inability to organise anything, I don't really think you need to be Mystic Meg to predict this.

Well a complete failure of my Mystic Meg powers here and very pleased I am to admit I called this one totally wrong. We seem to be rather good at rolling out vaccinations - Mystic Meg rating 0/10

We will also see the inauguration of President Joe Biden. I predict that Donald Trump will not go gracefully and we will not have heard the last of him when he walks out of the White House. Trump grants whistleblower Edward Snowden and Julian Asange a Presidential pardon on his last day of office.

Well, I couldn't have been more spot on about Trump not going quietly. An insurrection and storming of the Capitol Building was beyond even my expectations. I was wrong about Snowden and Assange, although Trump did do a whole swathe of rather dodgy looking pardons. Mystic Meg rating 7/10

I predict that Republicans in the Senate and the House of Representatives will initially rally around Joe Biden, to show that they do care about the National interest, in a bid to beat Coronavirus and stop the economy tanking completely. I suspect Biden will have a very good first hundred days, with Donald Trump claiming it is all really down to him.

It seems to me that the this is spot on. It is hard to know what Trump is saying because he's been de-platformed. It seemed to me that the US Political establishment breathed a collective sigh of relief when Trump left. It seems quite strange that having been all over the news constantly for four years, Trump has disappeared without trace. I am not entirely sure that this is a good thing for an open and tolerant society that believes in Free Speech, although on a personal level I am pleased to see the back of him.  Mystic Meg rating 9/10

I also predict that by the end of January, we start to see far less complimentary headlines for Boris in the Daily Express and Mail, as the true nature of what he's negotiated becomes clear. I suspect that we will see Farage claiming that the chaos is all because Boris betrayed Brexit and stitched us all up and that the chaos is down to not having a hard Brexit. I suspect that facts will not support this.

A week ago, this looked like I'd got it spot on.The revealation that Priti Patel had lobbied for border controls and Boris overruled her, looked like the start of this process. The row with the EU over vaccines has given the right wing press to claim that 'Boris played a blinder' and the EU is a failing organisation', has conveniently distracted us from this. The sad fact that we have the highest death rate of any nation is conveniently ignored. I suspect that the reason we are doing so well is because we are the country in the biggest mess because of covid. Although right now it looks like I got this one wrong, I suspect that it is just coming down the line.  Mystic Meg rating 5/10

So my final score for January was a not too amazing 21/40.

As for February, here are my predictions

1. By the end of February, we should see the fruits of the vaccination program starting to take hold, with a gradual easing back of restrictions. A return of crowds to football and us all to pubs and restaurants, albeit in limited numbers will be more than welcome. The national mood will start to improve.

2. The papers will start to fill with stories of how Brexit is ruining businesses, problems for ex pats and stunted financial growth. I predict that President Macron will take great delight in whatever pain the UK suffers.

3. I predict that Irish reunification will start to be seriously discussed as the DUP wake up to the fact that Great Britain has sold them down the river.

4. As the Covid crisis improves, the SNP will step up pressure for a referendum to leave the UK.

5. Within the Tory party, serious mutterings about the suitability of Boris as PM will start to emerge. When all the heavy lifting has been done with Covid and Brexit, the ambitious chancers will see the opportunity to steal the crown.

It will be interesting and fun to see how I get on.  It is interesting to see that point 3 has already started with the EU's threat to impose a hard border, which was hastily withdrawn.