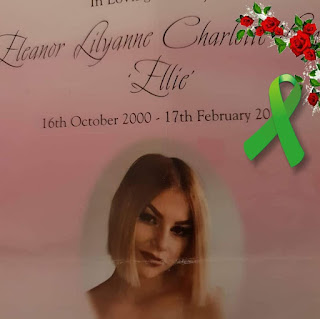 Sometimes, I feel a great responsibility writing this blog. Some things need to be said, but how to say them is a burden. By a bizarre set of circumstances, I spoke to three different close friends who happen to be members of a club that no one wants to join. All three have lost children. Each was a terrible loss that will cast a shadow from which I am not sure one can ever truly emerge. I had arranged a recording session at the studio to lay down some new tracks last night. On the way, I bumped into John, who was picking up a curry at the Mill Hill Tandoori. I've not seen him since last year. His son James passed away in a terrible boating accident  in New Zealand in 2015, in which James heroically rescued a drowning friend, but was unable to save himelf. John was the first friend I knew who had suffered this sense of loss. Our friendship group gathered around the family as best we could, offering what support we could. We felt helpless, I could not imagine that anything good could come out of such a terrible event. At first, no one really knew what to do or say. However, there was one good thing which did emerge. James's friends rallied around the family, setting an example for us  older people. They showed us just how important it is to support your friends. The efforts they went to making us realise James had been loved was a huge help for all. It was an education for me and many of our friends. Due to the lockdown rules, I could only really nod at John and exchange pleasantries, but it was great to see him.

The lessons of what James and his friends taught us sadly was reprised this time last year, when another good friend, Chris lost his daughter to suicide. This week, the coroner finally released their report. This week the family received the coroners verdict. This has shocked and saddened them. One of the worst aspects of lockdown is that we've been unable to visit Chris and Elaine and give any more support than the odd phone call. Reading the report, I arranged to speak to Chris tonight (Friday). He  called me last night, just as we were about to start recording, getting mixed up which day of the week it was. When Chris realised, he said he'd call back today. Much as I would normally have made the time and chatted, I couldn't last night. You may think "What could be more important than chatting to a friend going to a difficult time". Well sadly, the answer was that it our drummer Graham's son took his own life in January and it was the first time I've seen him. In case you are wondering, the track is part of a professional project we are working on. Our studios are large and we can properly socially distance. Much of the work we do is for clips that are used in various productions. We'd put this off as long as possible, but Graham came down and was in fine fettle as a drummer. It always amazes me how musicians can forget the ills of the world when they play.

Much as I'd thought the passing of James and Eleanor was awful, for Graham there was the added dimension of lockdown. He has not been able to socialise, get support or even drown his sorrows in the corner of a pub. Whilst you cannot compare grief in such circumstances, only being able to see one of my very best friends in a working environment was difficult beyond imagination. We did have a good (socially distanced) chat. The session was quite intense and productive and Graham said at the end that he was really pleased he had come down. Two hours concentrating on something away from real life problems is always a powerful force for the good. There are many aspects of what happened that are troubling and I may well come back to them after the coroners report has been released, if the family are comfortable with it being discussed. There are however three things that need discussing.

The first is the unimaginable strain put on people in the situation Graham finds himself. I fully understand and support lockdown regulations, but I do think people in his position are in exceptional circumstances. I would love to ask him around for a drink and a chat at home, but this is forbidden. by the regulations. I am not a believer in adapting the rules to suit yourself. We stayed sober for the session. Graham has been very wary of drinking on his own, he works for Camden council and has to get up, drive and be functional. I do think that in such circumstances, some form of special dispensation should be available. Not for a massive shebang, but to visit another household for support.

The second thing that this flagged up to me is the issue of Facebook Suicide groups. I do not want to prejudge the coronors report as to the role, if any, these played, but it was clear that he'd viewed sites containing information about killing yourself. I cannot believe that such things are allowed to exist. It is clear that there are administrators and they clearly are not killing themselves. I really cannot believe that a responsible social media platform allows anything that promotes self harm. I do not know too much about this, I was horrified to learn that such things are permitted on easily accessible platforms. There are many things on social media that I don't like, but these are clearly dedicated to promotion of self harm. I've no idea of the scale of the problem, but it should not be a problem.

The third thing that struck me happened after Graham left. As I went to return the keys to reception, the young lady we had on reception asked how the session had gone. I explained that it had gone well, but mentioned Graham's son. Graham is well known at the studio, being an original partner when we first started developing the business and having been a customer and studio user ever since. She looked dejected. She said "what is going on", explaining that a friend of hers locally had taken his life recently.

Something is seriously wrong. To learn of three young people so close to us who have taken their own lives in less than a year is terrible. I am not sure what we can do, where we can start, how we can persuade young people that there is a better way.  There are many things I could say, but the sadness and grief caused by young suicides is horrific. It is beyond my comprehension to understand how someone can get to that position, but it seems our young people are getting to that place ever more regularly. I cannot imagine the grief it would cause me to lose a child. I cannot believe my friends are so stoic, I am sure I would be in pieces if such a thing ever happened. I hope to God my kids know how much I love and cherish them. I believe that lockdown is not good for anyones mental health, but for young people it is especially tough. Occasionally we hear talk of the government doing something, but clearly it isn't working. I have no suggestions, but there are cleverer people than me out there, who understand the subject. We, as a nation, need to allocate some serious resouces to this issue. Seeing great people at the edge, is something we need to address, we need to pull them back. Nowhere in the whole lockdown response has been anything to assist people with grief. But the one lasting lesson James Murphy's passing taught me and it is one I will try not to forget is that we can do something. We can talk to our friends and support them when they need it. So take a moment to think who might and do what needs to be done. I will be speaking to Chris later. Maybe this time, he may even support me just a little bit, as I seek to help Graham.

Apologies if this blog seems a little more all over the place than normal. It has been a tough old week.