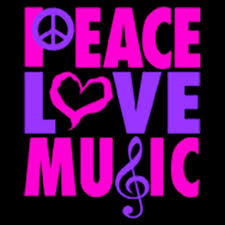 I think we've all had wobbles over the last year. I think it's been a tad difficult. I've had my ups and downs. I recently damaged my knee on a dog walk and have been hardly able to get out of the house. I've had to drive rather than walk to work, which has been really annoying. I have to confess that this did get me down, not least because the pain has been excruciating and has made it hard to sleep. Fortunately, it has started to get better and I am back up to my 10,000 steps. To keep my spirits up, I've been doing various things. Here is a list of the top ten.

2. Play a musical instrument. I play the guitar, fortunately you don't have to have a good knee to do this. I've used the opportunity to brush up on my skills. Much needed!

3.  Devise new recipes. I love cooking. Rather irritatingly, so does my wife and daughter, so I've not had as much time as I'd like at the stove. But I've managed to figure out several things, such as the perfect roast beef and roast potatoes. I've also got together some amazing vegetarian and vegan dishes using Aubergene and mushrooms. I keep meaning to launch a Youtube channel to share some of these. I am not a Masterchef, but I think some of my ideas are pretty cool, even if I say so myself.

4. Saying the Rosary. This may shock a few people who know me. I classify myself as a Bad Roman Catholic. I believe, but I do not agree with many of the policies and behaviours of the church. My Dad always used to say that religion and faith are different things, it took me a long time to properly understand this. I've tried all sorts of meditation over the years. I'm a big fan of Yoga, but I've found that the simple act of saying the Rosary is a very calming and stress relieving process. I'd urge everyone to find their own meditative release. I genuinely believe that whatever works for you is best for you. The simple act of repetitively repeating a mantra with beads in the dark is a very soothing and calming action.

5. Step away from the social media. Work has been incredibly boring recently. I have to sit in reception and some days, I see two people for five minutes in eight hours. Sitting there waiting for the phone to ring, means that it is easy to spend far too long on Facebook, Instagram and Twitter. Recently, I've spent more time looking at Flickr and Pinterest. As a dyslexic, I much prefer images to words. I find this far more interesting that reading 256 word banalities on Twitter

6. Sorting out my vinyl collection. This is long overdue. This is not quite as easy as it seems. Initially, I decided to list aphabetically by Artist. The problem with this was that it means that all the albums are not grouped by genre. So then I thought, By Genre, alphabetically. But then there are solo albums by artists better known for being in bands. Do I list these seperately or with the main artist? What about collaborations? When Mick Jagger collaborates with Bowie, does it get listed as a Stones or Jagger or Bowie. This is starting to drive me mad. I am doing this to work out the value of the collection for insurance purposes, it is amazing what is and what isn't worth money.

7. Lying in the sun in the garden with a beer. I've done this on one day this year for 30 minutes. It was bliss.

8. Walking the dogs. I love this, we have some amazing walks. Sadly, I had nearly a month where this was impossible. I am back to it. Hoping to do the Totteridge Valley today.  It will be the first time for a month.

9.  Devising bonkers projects.  I've developed an unhealthy obsession with Bridges, I find them fascinating in all their forms. This started with a documentary about the Sydney Harbour bridge. I quite fancy making a Youtube video about my favourite Bridges. If anyone wants to sponsor this, I'd deffo have the Golden Gate and the Sydney Harbour bridge on the list. Would anyone else be interested? I may start with a video about my favourite bridges in Mill Hill.

10. Reading about 1970's.  It's true, I'm stuck in the 1970's, the football, the music, the architecture. I have never lost my punk ethic and I am proud of it. I am fascinated about how many stupid people misunderstand Punk. It was the first music movement that truly pushed equality, anti racism and independence from the corporations. It launched Rock Against Racism. Artists like The Slits and Poly Styrere did not conform to sexually exploitative stereotypes. When the Buzzcocks released Spiral Scratch on their own New Hormones label and Mark Perry launched the self published Sniffin Glue fanzine, it gave birth to the Indie movement. Punk gave me the skills to build Mill Hill Music Complex studios, which is now in it's 41st year. We started in one room in a derelcit caretakers cottage. We now have a purpose built studio complex, used by some of the worlds greatest musicians. For an uneducated, unqualified, dyslexic, who can just about strum two chords on a guitar in time, I think my degree from the streets in Punk Rock music served me very well. All the education in the world, doesn't give you the drive and determination necessary to be successful. What does is  a deep love of what you do. My love affair with music is a livelong one. I thought I'd share with you a playlist of the songs that were my favorourites over the years from my birth, to when I first decided to form a band in 1977, in chronological order,  inspired by seeing the Ramones at The Roundhouse in 1977. Little did I think then that I'd end up with my name on the wall there and my story on their website.