Focus on the Council election for Edgware ward on Saturday 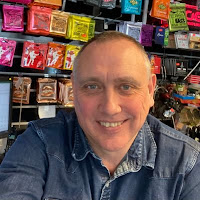 By Roger Tichborne,
On Thursday, the residents of Edgware ward will have the opportunity to select a new councillor, following that sad death of former Councillor Brian Gordon. If you were unaware of the by election, you can find out all about the candidates in an article on the Barnet Times website.
I am the candidate for the Liberal Democrat party. Let me start by saying a few words about my main opponent, the Conservative Candidate Nick Mearing-Smith. I don't know Mr Mearing-Smith and had never heard about him before he was announced as a candidate. You can read his press release here, if you are interested to find out more.  I would strongly recommend that you watch his campaign video, on the Conservatives Facebook Page. Mr Mearing-Smith is very honest and admits that Edgware has gone down hill over the last few years. Apparently he's been told this by many people he's spoken to. What Mr Mearing-Smith failed to mention was that Edgware has been a staunch Conservative ward for as long as anyone can remember and Barnet Council has been run by The Conservatives for 19 years, since they took the Council from a Lib Dem/Labour coalition in 2002.
Many people in Politics don't want you to read their opponents material. Some even pull leaflets out of letterboxes and throw them away. I want everyone to see what they are saying, because I believe Mr Mearing-Smith provides the best possible reason to vote for me and the Liberal Democrats in the Edgware By-Election. Mr Mearing-Smith states that his solution to the problems of Edgware is to do a traffic speed survey on Edgwarebury Lane and to try and get his own Conservative run council to properly clean the streets of Edgware. Any rational person would conclude that if a Conservative Council and three Conservative ward councillors have failed to do this since 2002, then surely it is time for a change?
So, you may wonder what my priorities are? What will I work to achieve
Here are my priorities

If elected, I will work tirelessly to get the Railway Hotel, which is now sadly derelect and has become a dangerous eyesore restored to its former glory. The Conservative run council should issue enforcement action agains the current owners. If this does not result in the pub being properly restored, then the council should start proceedings for a compulsory purchase order. When this has been done, a community trust should be formed to run the pub. As a former hotel, there is also space for low cost flats for local key workers. A lot of good could be done with the space, I would like to see it be used as a community space during the day.

I will campaign tirelessly for justice for victims of the cladding scandal. We all know all about the terrible Grenfell fire. What is not so well known in Edgware is that Premiere House is clad in the same material and is a death trap and an accident waiting to happen. Boris Johnson has used a three line whip to prevent Conservative MP's from following their consciences and getting justice for the victims of this scandal. There was a fire in Edgware recently right next to Premier House, fortunetly this didn't catch fire. Will we be so lucky next time.

If these ideas appeal to you, then please put your  'X' next to my name. If what you want is more of the same, a decline that even the Conservative candidate admits is endemic, then by all means vote for him.
Here's a little video I made last year with local historian Mark Amies, long before there was a hint of a By Election. I made this with Mark because I care. I've lived locally all my life. I went to Orange Hill School and I was born in Edgware General Hospital. I've run a business locally for 42 years and I plan to see my days out locally. That is why I want the area to be as good as it possibly can be.