Post covid London isn't as broken as I'd feared 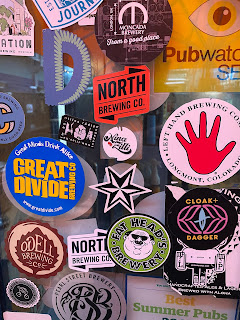 Rejoice, rejoice! (To quote a rather well known lady who was the MP for Finchley, who's name I won't mention here). I've actually been living what almost equates to a normal life over the last few days. On Friday, I had a curry with friends and then went to the Mill Hill Services Club to watch England play. Which is pretty much what I'd have done any year you may care to name. Saturday, we had a quiet night in, mostly as I had an early start for Rock School Exams on Sunday at the Studio. We had some football, films and telly to catch up on, which was quite nice. I quite enjoy cooking, so it was quite pleasant to have a lazy day and some nice food. Sadly, the weather was not that conducive to doing much else.

Sunday I opened up for Rock School exams, then adjourned to Bar Italia and Ronnie Scotts in Frith St for some lunch time Jazz with Ray Gelato. After the band, we headed down to The Golden Lion for a couple of pints and to watch the Wales vs Italy game. I was delighted to see how Soho had been pedestrianised. Gazebo's for revellers were everywhere and they were packed. The Old Compton St area was certainly buzzing. A casual observer wouldn't know we were still in the grip of a pandemic, except for the lack of tourists. We had planned to have a beer in The French House, but it was full. It was just nice to have a stroll and see people enjoying themselves. I also picked up some of my favourite treat, a box of custard tarts from Cafe De Nata. They really are rather good! After the footie, we headed home and had a fairly respectable early night.

Yesterday, after work, I hopped on Thameslink from Mill Hill to London Bridge. I was meeting up with one of my best friends, who I've not seen since February last year. We met at The Rake in Borough Market, had a couple of proper pints of ale, then a curry at Est India on Union St. I also had a little walk along the South Bank, something I've not done for well over  a year. Seeing St Pauls, the Shard and the Bridges through the drizzle nearly bought a tear to my eye. Chatting to the staff at The Rake, it seems that the weekends are as busy as ever. Many places are not open, however things have been better than they expected.

I ❤️ London Town. The best City in the world pic.twitter.com/XxBp8EbeEL

One of my studio staff also works for Everyman Cinemas. He was saying that the cinemas are doing well. As it is one of the few nights out that people can go to, there is quite a demand. My friend had come up from Croydon. It was the first time he'd been into the City since last March. He has a senior role at one of Londons Premiere financial institutions. He has been working from home for a the period. He feels that the limitations of working from home have been exposed. You can't get call a huddle, get people in an office and thrash things out over Zoom in the same way. It is easier for the less committed staff to hide and underperform. His feeling is that the death of the office has been much oversold.

So what conclusions have I drawn from all of this? Well it seems that people want to enjoy themselves. There clearly will be a lot of collateral damage from the pandemic, but the best and strongest venues, pubs and restaurants such as  Ronnies, The Rake, Est India etc will survive. The tubes and trains are still deathly quiet, but this will change as we start to filter back to the offices.

I had worried that the carnage would be far worse.  No one should pretend things are great and the music sector has had one hell of a kicking, but everything I've seen tells me that we will recover and we will recover faster than most people expect. It is pretty clear to me that work patterns for many will change, but I am hopeful that this will be a good thing rather than a bad thing. Londons transport systems have always been geared around a huge swell in the rush hour.

I suspect that this will not be quite the same in future, however I suspect that in a couple of years, there will be as much demand for public transport as there is now. Locally it seems that the roads are busier than ever. More people seem to be walking and cycling.

The one thing no one can currently predict is what will happen to London's tourist industry. With the paranoia of covid variants, I suspect this may be the last sector to recover. I personally would like to see the international community require full vaccination and temperature checks before foreign travel for the foreseeable future. This is the best way to suppress corss border transmission of  disease. For all those screaming that this is an imposition on their human rights, look what we've been through? As of yesterday, 43 million people in the UK have had at least one dose of vaccine. Some have been vaccinated over six months ago. If there were serious and dangerous long term side effects, we'd be starting to see them by now. I am all for upholding people's freedoms and rights, but when people make decisions not based on scientific fact and reality, then they should not be able to put the rest of us at risk. Whatever your views of the pandemic, it started in the UK because of cross border travel. If the govt can stop that, it can keep us safe, once we get to grips with the virus.

It certainly appears that the vaccine works. The death rate is lower than any time since last August. Of course this lags the infection rate by 3-4 weeks, but it clear that we are in a better place than in December when the last wave kicked in. In short, London isn't as broken as I feared