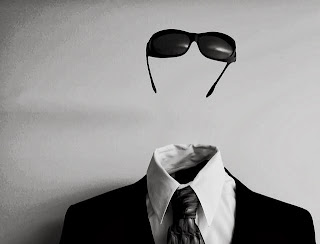 Thursday is the day we do our local news round up. Today I am using the opportunity to talk about our local blog scene.

If you are viewing this blog on the web version. rather than the mobile version, you will see some quite interesting information in the right hand side bar. The first is that you will see that the most read blog in the last 30 days is the blog we published on Tuesday detailing plans for a power station on a green belt site in Mill Hill. This blog has had thousands of views and as a result over 35 people have objected to the proposals, which means that the plans must go before the planning committee rather than simply being rubber stamped by planning officers employed by Capita. That means that local people will have a chance to have their say and hold the council to account. When I first found the proposal on Sunday, there were zero objections and none of the neighbours were even aware of the proposal.

You will also see a link to some articles by some of our favourite bloggers. I would draw your attention to the blog by Mr Reasonable, which details the overdevelopment of the Borough, which is one of the driving forces for the new power station. If you build more flats, more energy is needed. John Dix has spent the last ten years holding the council to account and doing his very best to ensure that there is a degree of scrutiny, which sadly is lacking from our local councillors. One of the best examples of John's work is his recent blog detailing how spending on Agency staffing is out of control in Barnet.

Another active blogger who regularly holds Barnet Council to account is Mr Mustard, AKA Derek Dishman. Derek specialises in parking issues. His recent blog about enforcement of pavement parking in Pullen Road, in Barnet is fascinating. It shows how the council is enforcing parking policies in and unfair and discriminatory fashion, designed to make money but not address the real problems. Derek has helped hundreds of local residents with appeals against parking fines and has an over 90% success rate in getting people their money back. All he asks for in return, is that if the appeal is successful a donation is made to a local charity.

A big ally in this process is the local Facebook pages for the various areas around Barnet. Perhaps the largest of these is the I'm a Borough of Barnet Bod, that has over 9,000 followers. There are some other great sites, such as Inside Mill Hill, Mill Hill Families, Colindale Voice  and Cricklewood is Brilliant. These kindly allow postings of items of local interest that means a far wider audience is reached.

There is still a local paper. The Barnet Times is still published and can be picked up at local libraries and there is also a dispenser in Station Road Mill Hill, by the entrance to the Bus station. It also publishes on line, but sadly is a shadow of its former self, without the resources to provide in depth coverage of the Borough. It is now entirely funded by advertising, much of which is from large national companies and property developers.

The only way that we, as residents of the London Borough of Barnet, will maintain the good things in our Borough and ensure that rich and greedy vested interests, who have deep pockets and PR departments are kept at bay is to work together to make our voices heard. Some local organisations are happy to take large amounts of cash from developers, in return for favourable coverage and positive spin. They generally do not publicise the fact that these large amounts of cash play a big factor in the editorial stance. The Barnet Eye fully accepts that in a Capitalist society, bloggers and tweeters should be able to profit from their actions, but this should be transparent, honest and open. The Barnet Eye uses the Google adwords platform to generate income. This is used to subsidise local businesses, mostly the Mill Hill Tandoori, where I take Mrs T out for the odd slap up meal with the proceeds as a thank you for putting up with me when I write these blogs. For the record, the Adwords payment is usually somewhere between £60-£200 per year and just about covers my broadband. costs. The actual ads you see are not selected by me, but generated by the Google application.

I would caution everyone to be wary of people who are not open and transparent about cash they receive in return for online content. The Barnet Eye has never published 'paid for' content. That is not what local blogs are about. We believe that micro sites such as this are all about local information. You may or may not agree with how I describe myself in my Twitter profile, but at least it is honest and you know who I am and what I stand for- A Guardian Top London Blogger http://guardian.co.uk/uk/2010/feb/15… Harmless old duffer, who writes blogs for therapy! Things Barnet, music, football, the False Dots

Email ThisBlogThis!Share to TwitterShare to FacebookShare to Pinterest
Click on Labels for related posts: The Thursday local News Roundup