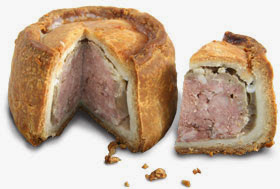 ** Updated 18/8/2020 **
It appears that little Johnny and his Grandpa won't be having this conversation after all. Common sense has eventually prevailed. Sadly though we have the worst crisis that the world has seen since the second world war and it has coincided with the most incompetent government. Lord help us all.
*******
Little Johnny "Grandad, Happy birthday, now you are 70 are you going to be retiring?"

Grandad "I'd love to son, but I can't afford to retire just yet"

Little Johnny "Why? David at my school's Grandad has just had his 70'th Birthday and he's retiring!"

Grandad "I know him from the Cricket Club. Nice chap, yes he's done well for himself"

Little Johnny "But he's not like you Grandpa, he can't mend cars and do DIY!, how come he can retire?"

Grandad "Well he was lucky. I was talking to him about it a couple of weeks ago. His Mummy and Daddy paid for him to go to a very good school. My Mummy and Daddy sent me to our local school. Back in 2020 there was a nasty disease and all of the A level exams, that they used to decide who went to University were cancelled. I'd worked very hard, but because I just went to an ordinary school, the government lowered all of my Grades by 2 marks. I'd been projected to get an A and two B's that would have got me into a University course, but the government changed that into a C and two D's. That meant I lost my place. I thought about resitting the exams, but decided to get a job in Garage to get some money, as there was a big recession after the plague and there wasn't much money around. I just got stuck doing that. Davids Grandpa went to a good school, so he was given the grades he was predicted. That meant that he got his University place and got a good job. He earned lots of money and got a good pension from the company"

Grandad "No it doesn't does it, but when you get to my age, you learn that life is not fair and Governments look after their own. The Conservative government of 2020 was made up of people who all went to very posh public schools, so when they gave the grades out, they made sure that the people who voted for them were looked after. People like us, who aren't so well off always get left behind. It is a hard lesson to learn son, but you just have to make the best of it and remember they are not on your side".