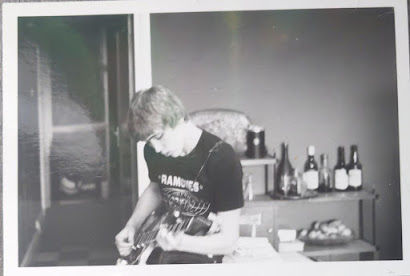 Today is my 58th Birthday. It is the first time since I've been writing the Barnet Eye that my birthday has fallen on a Saturday, so I thought I'd give you all the chance to make my day and buy me a present!

I actively discourage my wife and kids from buying me expensive presents, as I sort of have what I want, but they still get me nice things, and put thought into it. I was pleasantly surprised that Clare bought me a couple of books, one by Patti Smith and another by Viv Albertine. She chose well!

I know readers of this blog are both very tasteful and very knowledgeable. I also know that your generosity is unbounded, so I thought I'd share my ultimate birthday present list with you. Now I don't expect anyone to buy me these (although if you win the lottery tonight, please feel free), but I do hope that at some point I can realise these dreams. 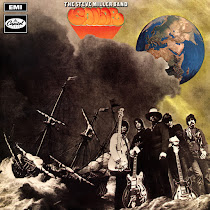 I've always had a thing for this guitar, ever since I saw the cover of Sailor by The Steve Miller band. Boz Scaggs is holding one, looking impossibly cool. I love the camera angle which makes the guitar look huge.

I have a Fender Coronado II which was the Fender take on it, which is currently being restored. My sister bought it off a bloke in Florida who used to be associate with the Grateful Dead. It is a lovely guitar to write songs on, but not a 355, never quite had six grand to spare for the one I really want. But I will have it one day! I promise you

I'm not a petrol head. It may surprise you to know that the very first car I owned was a blue E-Type Jag convertible. It was bought for me by my older brothers when I was 2 years old. It was my pride and joy, but it was the Fred Flintstone special, powered by my feet! It was a pedal car. I don't like the convertible ones, I like the ones with a cabin, always struck me as the nearest thing to flying a plane on the ground. I don't think there has ever been a prettier car. I don't think I ever will own it, I'd need a mansion with a garage and that ain't going to happen.

3.  An A&M Copy of God Save The Queen by The Sex Pistols

A&M signed the Sex Pistols, pressed up a batch of copies of God Save The Queen, then dropped the band and destroyed most of the copies. For us ageing punks, it is the Holy Grail.

Being so valuable, I'd probably only play it once, but I'd love to have a copy.

Making this list, I was trying to think of who I'd most like to see that I haven't seen already and the name that sprang out was Boz Scaggs. He's cancelled all of his gigs, I was hoping to see him next month, as we had tickets for a holiday in the USA, but that has all gone by the by. Here's his dates for next year, if you are feeling generous, the flight tickets would be good as well!

5. A decent Jacuzzi for the garden.

Until lockdown, I used to go to the gym three times a week. I'd do my work out, then have a sauna and a jacuzzi and just chill out. I've not had one since March, the club have not reopened them. If I ever get any serious money, I will put one in the back garden. It is my idea of bliss. I love the idea of sipping champagne in the Jacuzzi in the snow, even though I dislike champagne.

About 20 years ago,  a friend of mine had his stag day at Glorious Goodwood and it was glorious. It is the most gorgeous racetrack of all. I'd love to have a day there with my close friends and family. It is an amazing day out. So if you can arrange a day out when it reopens, that would be marvellous. Sadly they've not even set a date for next year at the moment

Up until now, I suspect that my list has been a bit pricey for most of my mates. Get out and buy a lottery ticket you skinflints, if you win we can party!!! But if you lose, these next three should be in your price range. What I really fancy is a pint with a few mates for my birthday, at The Rake in Borough Market. It is probably my favourite place to have a pint in Central London.

8. A pound of Chorizo Sausages from Boucherie Gerard.

If you get me these, I'll spark up the barbie and we can drink beer and eat sausages. What better way to spend your birthday?

9. A tub of whelks in vinegar.

I love whelks, Clare hates them, nowhere around here seems to do them properly. I know you can buy them in Waitrose, but they should be bought from a dodgy geezer in a retired Ice Cream van and sampled walking down the road. A bit of pepper doesn't go amiss.

I try and get up to see City as often as I can, but I've never been able to justify buying a season ticket. Now if one of my marvellously generous friends bought me one, then I'd have the excuse!

If you're one of my friends, you know what you have to do! ( I suspect I'll get more Whelks than Gibson 355's but hey ho!)