Will we ever get Step Free access at Mill Hill Broadway Station? 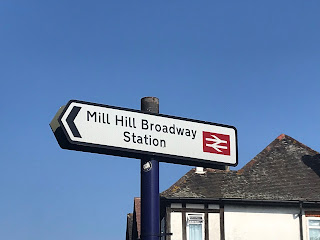 Our local MP Matthew Offord has recently posted that we will see step free access at Mill Hill Broadway by 2024 'at the latest'. He asked a question in Parialment in September and was told

We are committed to improving rail access for all disabled passengers, as set out in the recent rail reform White Paper.

Mill Hill Broadway is already part of the Access for All programme and the project is currently in development with work due to complete by 2024 at the latest.

"Since then, work has continued apace and confirmation was given at the recent meeting that the project is on schedule and preliminary surveying will be taking place in the next few weeks. Matthew said: "Given my experience of working with Network Rail in the past, I am keen to ensure that feasibility studies and value for money reviews are undertaken on every aspect of the project. This takes time but is necessary to ensure the taxpayer receives the best possible outcome. As the project is part of the 'Access for All' programme it will occur, but like all big projects, it will take time."

This sounds wonderful, however last week, the head of Network Rail Peter Hendry told The Times that he was having to make deep cuts to the Network Rail budget. The headline is "If we don't cut costs, they'll sack me". An article in the well respected Rail magazine in December quoted one source as saying

One train operator told RAIL: “We all get the fact that demand is low… and will stay low. We recognise that we have reached a point where it is difficult for us to take more than we need as an industry. We are competing for funding against schools, the NHS, and so on.

“The concern for us is the scale of what we are being asked to do. This is very definitely a Treasury ‘ask’. It is not being driven by the Department for Transport.

A Department for Transport spokesman said: “As taxpayers would expect, we have asked operators to provide credible and sustainable business plans which ensure taxpayer money is used efficiently, to deliver exceptional services, promote recovery to reset the balance in financial support and ensure the railway has a bright future.”

The one positive thing is that the work is funded by the Department of Transport rather than directly from Network Rail, although we believe that the Chancellor is also applying pressure to this department to make cuts. What we urgently need from Mr Offord is pressure on the government to give a commitment that these cost cutting pressures will not lead to a 'postponement' of works until things improve.

What has long been a bugbear of ours is that Mill Hill Broadway does in fact have step free access already. This was installed around 2008. The only problem is that it is only on platform 4, where trains do not normally stop and the gate is padlocked.

Did you know that Mill Hill Broadway station on the @TLRailUK line has had step free access for several years? The only problem is that this is on platform 4 where trains don’t stop and there is a locked gate and no step free access to other platforms. 1/2 pic.twitter.com/vjt2BeCa66

A simple lift and footbridge would solve the issue and mean that locals could gain access via Bunns Lane Car Park. The more tricky issue of a lift from the Bus Station could be addressed seperately. We've been campaigning for this for over a decade. Sadly no one is interested.

One industry insider told me that he thought projects such as the step free access for Mill Hill would have a 50/50 chance of happening in the current climate. As the surveying has yet to start, sadly work has not progressed to a point where there is a huge impact of ceasing work.