How London won the Cold War 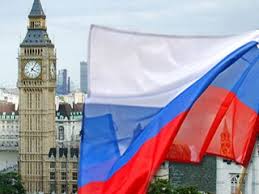 Cast your mind back to 1991. That was the year in which the USSR disintegrated. Can you remember what London was like then? One big difference was the lack of Russians (or other Eastern Europeans).  Until 1988, I don't think I'd ever met a Russian. My wife, at the time had just finished a degree in Russian Studies at Manchester University. She'd spent three months living in Minsk studying at the language college there. We decided to visit some of her friends, who were still living in Minsk and studying at the college. Our itinery included Moscow, Leningrad (as it was then) and Minsk. I also made a rather naughty trip to Vilnius, without paperwork or visa, to see what that was like. That involved a lengthy train journey, where I had to pretend to be a Belorussian drunk. it is quite amazing how policemen and officials everywhere leave you alone if you stink of beer and are visibly deranged. There was a rather amusing incident on the way back, where a woman who was a KGB official spent half an hour chatting to my companion, telling him just how much she despised Belorussian drunks, he said she kept saying "He is so drunk he doesn't even know we are talking about him". Before I went to Russia, Id always imagined it to be a well ordered society. I'd been always been fascinated with the Russian Space program and had imagined that the society was perhaps somewhat better than the the one I'd expereinced in London. I imagined that there was less wealth, but also more equality. I had a rude awakening. What I witnessed was a depressing society, with little equality. You needed a party card to access the few shops with goods. The populace knew it was all a complete joke, but were sensibly cautious of stating this. In Lithunaia, I met nationalists who had a different vision. I predicted to all of my friends on my return that the USSR would fall withing five years and that the Baltic republics would be independent.

How things have changed. Orthodox Europe now estimates that there are 300,000 Russian speaking people in London.  Perhaps the highest profile of all of these is Roman Abramovich, owner of Chelsea FC.  Abramovich transformed Chelsea from the cinderella club of London, into the most successful of the new millenium. Has any other city seen such as a massive change as a result of the end of the Cold War? Clearly Berlin was reunited, but that surely was simply a return to the natural state of the city. The removal of the barrier simply allowed the city to resume its normal evolution. In London, the demographics of the city have completely changed. Some of the side effects of this have been hugely beneficial (and we are not just talking about for Chelsea fans). With this influx of Russians has come huge wealth. For decades, Londons infrastructure was crumbling. I remember the excitement of the opening of the Victoria line in 1968.  At the time, it seemed like London was the place to be. We were told that the trains were automatic and the driver was just there to keep an eye on the doors. After that, stagnation. The next major improvement to Londons public transport infrastructure was the opening of the Thameslink tunnel at Snow Hill in London in 1988. This seemed typical of London infrastructure project of the time. A half mile of track was simply reopened allowing Southern Region to link to London Midland region of British Rail. It was a hotch potch. The trains had to switch power source at Farringdon as the two halfs of the network are incompatible. The same with the Jubilee line. It was simply a bolt on to an old, knackered bit of infrastructure. There was no political will and no cash for making our city better.

Then the wall came down and the borders opened. All of a sudden London became the destination of choice for Eastern Europe. The population started to swell. The strategy of long term decay was no longer viable. When Thameslink was opened in 1988, it was meant to be the first stage of a massive expansion. This simply didn't happen. The project was rechristened Thameslink 2000, supposedly referring to when the project would be completed. This will finally be done in 2017.

With all of these new residents, areas such as Docklands started to take off. Property prices started to rise. For many Russians, London became a safe place to salt away your "hard earned" cash (unless your surname is Litvenenko). Typically when you win a war, you take the spoils. It seems that when the cold war finished, London was the real winner. Russian Companies set up London operations, and Russian citizens brought their cash. Russia is an incredibly wealthy country. It is the largest country on the planet and it has the most valuable natural resources.  Much of the weath generated by this has ended up in the City. With all of this cash sloshing around, London is changing. All of the stalled infrastructure projects are kicking off. Crossrail will follow hot on the heels of Thameslink. The Northern Line will be extended to service the huge developments on the site of the former Battersea Power station (another huge infrastructure project stalled for years). Heathrow will get another runway (despite the furious objections).

London looks less and less like the rest of the UK. You can eat any cuisine you like. You can learn any language. You can visit prostitutes from any country. You can buy any drug. The Americans like to think that Ronald Reagan and the USA won the cold war, they didn't, Global Capitalism did and the capital of Global Capitalism is London, and as in any war, to the victor, the spoils.
Of course if you are not someone who benefits from Global Capitalism, if you are an ordinary Londoner, the spoils of war may have rather passed you by.

Email ThisBlogThis!Share to TwitterShare to FacebookShare to Pinterest
Click on Labels for related posts: London, Russians in London, The cold war