Environment Monday - Top five tips for the next council to turn trash into cash - A guest blog by Dr. Rembrandt Koppelaar

The upcoming £20 million a year bill to burn Barnet’s rubbish: top five tips for the next council to turn trash into cash. 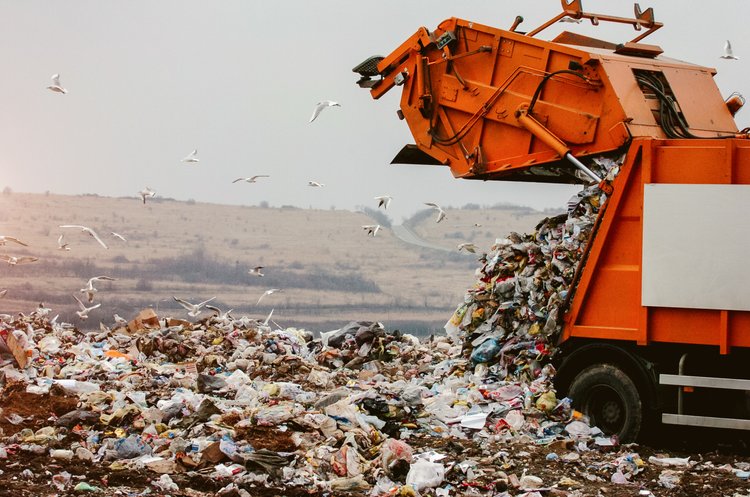 Barnet council today is spending £8 million every year to burn its rubbish to ash. This is done in a controlled environment in an incinerator, which works in the same way as a coal power plant (except that it burns rubbish instead of coal). Barnet council doesn’t do that itself; it pays the North London Waste Authority (NLWA) to incinerate its rubbish.1 If that sounds like a lot, you may want to know that it is expected to double to £16 million annually in five years’ time based on NLWA forecasts.2 The reason is that Barnet council made limited progress on improving recycling in the last ten years which is still around 30%-35% similar as in 2009/10…3, and as a result is planning to continue burning the majority its rubbish for many decades to come. To this end the council agreed in December of last year together with the six other north London councils to rebuild of the Edmonton incinerator in Enfield, at a price tag of £755 million, and thus costs to burn rubbish will increase.4

The bill to burn Barnet’s rubbish will likely rise even more. DEFRA, the government ministry for environment, food and rural affairs, just proposed in a consultation to close an environmental loophole by 2025 for incinerators. To make incinerator operators pay for the CO2 emissions released when burning plastics under the UK carbon emissions trading scheme. At the current carbon emissions price of £75 a tonne, the environmental cost to burn an estimated 20,000 tonnes of plastics in Barnet’s rubbish would add £4 million, leading to a total bill of around £20 million.

It shouldn’t be accepted that we keep throwing money at burning our rubbish. And it is not, at least nationally. The UK government is putting serious measures in place in the next five years to reach 65% recycling in England by 2035, and is even upping the ante by effectively proposing a 75% recycling target for 2042.5 We will see bans of more single-use plastic items, and the required collection for recycling of basically all plastics. Mandatory food waste collections for both businesses and households. Upfront deposits when you purchase plastic and metal bottles and cans, that you get back when you return your bottles to the supermarket. Requirements for council’s to separately collect in different bins dry recycling items like paper & card, glass, metals and plastics. Payments to local authorities from brand owners for recycling and disposal of packaging and like also textiles, which will mean north London will get tens of million pounds per year in new revenues. And that is only about half of the full list of changes.

Why not seize the opportunity locally? Barnet council can turn the page with the changes that are coming, and do a lot to supercharge recycling, which also creates local jobs and can turn waste into recycling income. The elected council leaders following the May 5 election, together with Barnet’s in-house recycling team, can make it a priority to work hard on cutting the bill to burn Barnet’s rubbish, and instead sell Barnet’s waste as sorted recycling materials. To help the council on this journey myself and a group of north London resident volunteers have come together to push alternatives that can make a difference.  Barnet eye readers can support these efforts by doing our survey about their rubbish, recycling and incineration services at - https://www.letstalkrubbish.london/. The results will be presented before the May election, and afterwards we will continue by putting new ideas forward to the new council leaders and councillors, to put them on the political map.

To give a sneak preview, here are the top 5 tips for Barnet council to look into:

1)      About a third of our rubbish is food waste. A no brainer would be to reintroduce the food waste collection service that was ‘temporarily suspended’ in 2018. Especially as Barnet will be legally required to do so as per the conservative government’s announcement last year under new legislation.

2)      We can also take food waste directly out of the rubbish with the latest technology, and instead break it down using bacteria into biogas and fertiliser, removing the need for incineration. The company Anaergia already does this commercially for food waste in California (see video here and here). The company is building a facility to take food waste out of rubbish at Deeside on the English-Welsh border. Barnet and the other councils in north London could develop a similar facility.

3)      Today we don’t recycle any flexible soft plastics, neither any hard plastics not used for packaging, such as plastic toys or plant pots or household items. These are incinerated even if you put them in the recycling bag. Because of this 15% of what is burnt are plastics. At the same time industry is rapidly making it possible to recycle all plastics. On the back of this change the UK government just announced that basically all plastics need to be collected for recycling by 2027. Barnet can make it easy for residents, by introducing a single bin or bag to collect all plastics for recycling when the time is right (e.g. as of 2025 when a new contract with Biffa needs to be made, the company that sorts Barnet’s recycling and that is also building plastics recycling facilities).

4)      A lot of people in north London put their clothes and small textiles either in the rubbish bag at home or in the recycling bag, in the hope that it will get recycled. As a result, 5% of what is burnt are clothes and textiles. A main reason is the lack of available options and communication on what to do with clothing. Barnet has only around 10 clothing banks for 400,000 people and the only other option are charity shops (which will be closed in the evening). In contrast, Waltham Forest has 70 and clothes are also collected from home.  Note that the UK government will

5)      Barnet has a reuse and recycle centre at Summers Lane (a former skip or dump). Here residents can bring electronic devices, mattresses, various household items, rubble, wood, plasterboard, scrap metal, engine oil, batteries, and paint. Only 3% of these items are reused in north London, and very few recycled, and as a result 10% of what is burnt is bulky waste and miscellaneous stuff. Much more can be done to give companies and charities access to these items, to with some cleaning and refurbishment efforts be turned into as good as new goods. The world leading example of this is the ReTuna upcycling mall in sweden where dozens of shops have access to items brought by residents to their reuse and recycle centre to sell them for reuse (see BBC video). Also new technology can be brought in for cleaning and refurbishment. For example, in Liverpool an UltraClean machine line developed by FRC group deep cleans 8 used mattresses per hour for reuse. Investing in such a process line in Barnet with FRC group, which is a charity dedicated to eradicate furniture poverty, would create 5-10 new jobs, and provides revenues from selling good as new mattresses.

This is only a short-list of solution that we’ll be launching in a lot more detail following the May 5 elections. Most of these changes will require initial investments, yet they also provide benefits in terms of jobs and income. Recycled plastic prices are at an all time high, underpinned by the UK plastics packaging tax of 200 pound per tonne. If Barnet were to properly collect all of its plastics the current market value potential is upwards of £4 million per year, and this would be several fold higher if north London would have its own plastics recycling facility. The time is ripe to turn thrash into cash.

1.       Barnet council pays the NLWA around £12 million each year which also includes the management of the reuse and recycling centre, payments for general operations and for the sorting of its recycling. After subtracting all these costs, the total amount Barnet pays for rubbish incineration is around 8 million. More details available here in the Budget and Levy 2021/22 report from the North London Waste Authority.

2.       Based on the North London Heat and Power Project Energy Recovery Procurement report from the NLWA from 16 December 2021 available here. The total costs Barnet will pay to the NLWA in five years’ time are expected at £20 million a year as per Annex B (see page 79 of the PDF), of which around £16 million will go to rubbish incineration.

4.       The procurement value of £755 million is estimated from the figures in the North London Heat and Power Project Energy Recovery Procurement report from the NLWA from 16 December 2021 available here.

5.       DEFRA is proposing a target to reduce residual waste (rubbish) in kilograms per capita by 50% by 2042 in its latest consultation as part of the Environment Act targets, which requires a recycling rate around 75%.

Guest blogs are alway welcome at The Barnet Eye