A man has been arrested by Barnet Police after an alleged assault on the owner of Cafe Buzz, Helen Michael, in North Finchley this afternoon. There were several witnesses being interviewed at Cafe Buzz this evening. Helen Michael showed the Barnet Eye bruising to her arm following the incident.

It appears that the incident occurred after Helen Michael, owner of Cafe Buzz attempted to photograph a car which may have been parked illegally. The picture below was taken as the police were interviewing witnesses. 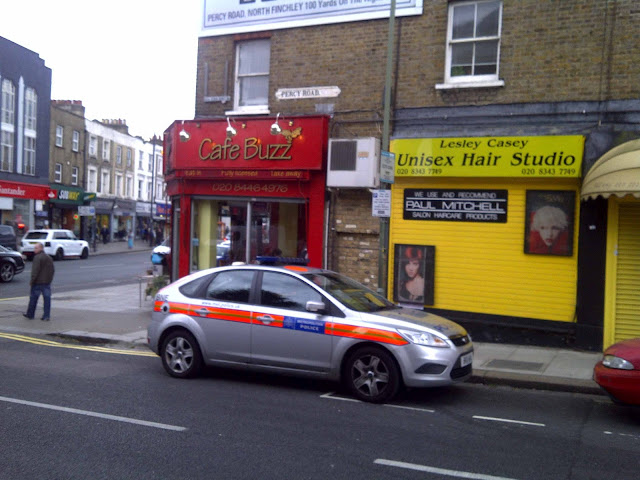