So as we continue on our trip around the Borough, looking for items of interest, we take a little trip down memory lane to Golders Green. Golders Green is famous for many things, not least the former Golders Green Hippodrome,  I had hoped to find some video footage of Jimi Hendrix seminal gig there in the mid 1960's, sadly I couldn't. What I did find was this fascinating video of Ernest Bevins funeral at Golders Green cemetary in 1951.
For those of you who don't know too much about Ernest Bevin, after Winston Churchill, he is probably the man who did most to help the Allies defeat the NAZI's. Bevin was the minister for Labour in the wartime coalition, drafted in by Churchill as a Trades Union Leader who deeply opposed pacifism and NAZI politics. Bevin organised the British workforce and despite the UK having a far smaller population than the Germany, British wartime production far outstripped that of Germany. This was achieved by ruthlessly forcing everyone who could work into employment. 48,000 conscripted servicemen were diverted into working in the mines, being dubbed Bevin Boys. After the war, Bevin took a leading role in the Labour Government of the day, playing a very important role in the founding of NATO.


It is interesting to see the crowds lining the streets. Can you imagine such a reception for any of the current cabinet or the cabinet of the Cameron/ Blair/ Brown/ Johnson/Truss/ Sunak era?

And for our charity, as we are in Golders Green, we look at The Finchley, Golders Green and Hendon District Branch of the RSPCA. They do great work and run a clinic for the pets of people on Benefits, where charges are heavily subsidised. Here's what they say about themselves. This is a great charity, so please consider giving some support. 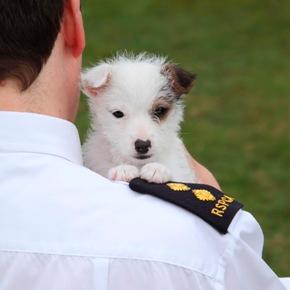 We are one of the many small branches supporting RSPCA campaigns.
We cover Finchley, Hendon, Golders Green, Edgware and the surrounding area in North London
Our aim is to improve animal welfare, to promote responsible pet ownership and support pet owners who are unable to afford private veterinary fees. We offer low cost veterinary treatment for their sick and injured pets. We have recently changed our eligibilty criteria. Read more about our animal clinic.
As a separately registered charity we are primarily responsible for raising our own funds. Take a look at Support us and Volunteer if you would like to get involved.
We have opened our first charity shop in Finchley. Through fundraising we hope to expand the services offered at our small animal surgery and save more abandoned pets.