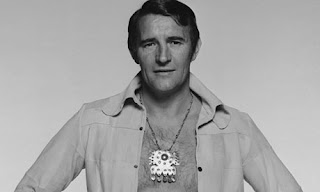 It has been a truly dreadful week. On Monday I had a stomach upset and had to stay within running distance of our plumbing facilities. On Wednesday my laptop hard drive blew up, resulting in no work getting done on the computer for two days. How much worse could things possibly get?

Today I heard that Malcolm Allison passed away. Now some readers of the Barnet Eye may not have heard of Mr Allison. He was the greatest English football coach ever. He worked with Joe Mercer at Manchester City  from 1966 and took over the management in 1970. I started supporting City aged 6, in 1968, the season Mercer and Allison lead them to win the League. The following year the FA cup followed. In 1970 City won the League cup and the Cup Winners Cup. During that period, there were some mighty characters and some great teams. Manchester United under Busby, Liverpool under Shankly, Leeds under Revie, and Brian Clough at Derby & Nottingham Forest. For their period working together Mercer/Allison were the best.

Big Mal was a larger than life character. Fedora Hat, Cigar, Sheepskin coat. At Crystal Palace, he was famously photo'd in the baths with porn star Fiona Richmond. These were the things we all remember, but his legacy was far greater. He revolutionised attitudes to training, fitness and tactics. He was always great for an interview or a quote. In short, he was a footballing Icon. I checked the BBC message board and the stature of the man is shown by the comments of supporters of other clubs (even United) paying tribute. They are all gone now. We have a new generation, but for me at least, the late 1960's were the Golden era of British football. We were World Cup Winners. Celtic Won the European Cup in 67, United won it in 1968, Newcastle won the Fairs Cup in 1969 and City won the Cup winners cup in 1970. In those days there was no "big four". If you lost in Europe, you got knocked out. Teams like Derby could win the league, purely by appointing a genius as manager.

Shortly after City beat Gornick Zarbes to win the Cup Winners Cup, England lost a world cup quarter final to West Germany 3-2 after being 2-0 up in Mexico. That was my first real world cup. That was when I lost my football virginity. I'm sure supporters of United, Arsenal, Chelsea and Liverpool would disagree, but that was the golden age for me.

I pray to God that somewhere out there, we have a new Cloughie. Even more than that though I'd love a new Mercer and a new Malcolm Allison. If Roberto Mancini wins the Premiership for City, don't get me wrong, I'll dance naked on the steps of Barnet town hall with joy, but if we win it by appointing a genius and someone to keep him in check, by getting the best out of our existing resources, think how much sweeter that would be.

It is hard to describe how I felt about Malcolm Allison and what he did for City with Mercer. I met Joe Mercer as a boy at the Football Hall of Fame in 1969. My Dad arranged it as a treat. I had tea with him, Billy Wright and one of the Beverly Sisters. It is a treasured memory. I just wish I'd been for a drink with Malcolm Allison a few years later. That would have really been the icing on the cake.

It is often said "We won't see the likes of him again". In the case of Big Mal, it is undoubtedly true.

Tonight I will drink a bottle of very fine wine in his honour.