BNP candidate Stephen Curry called my Father a coward on a BNP message board. One of his fellow travellers suggested that I need to supply his "service number" so they could "check him out" before they considered an apology. If the BNP gave a stuff about our armed forces they would have removed the comment and slung Curry out. They are a complete total disgrace. Well, just so they have no more snivel room, I took the trouble to download and save part of my fathers active service record from the Australian National Archive. I've provided a link if you want to see the whole file - click on view digital file - pages 33/34 and 43 are the ones reproduced here. One details the how he was shot down over Bucharest, captured and escaped and had returned to his squadron. The other is his flying record detailing his operational flying record. Whilst I personally couldn't give a S**T what a twat like Curry thinks of anything, the fact that he has the gall to insult a man such as my Father and that the BNP think it's fine, on the specific issue of his service record, is something which I believe should be brought to the attention of anyone voting for this man or his party.  Just in case you were wondering what Curry said - "it wouldn't suprise me if he is telling porkys more than likely banged up like Jack Straws father who was a coward and wouldn't fight for the Country."

Well you have the evidence below. What do you think? Does F/O L.F Tichborne sound like a coward to you? What do you think of Stephen Curry, an Official BNP Candidate, who made the remark  (You can click on these documents for a more readable image) :- 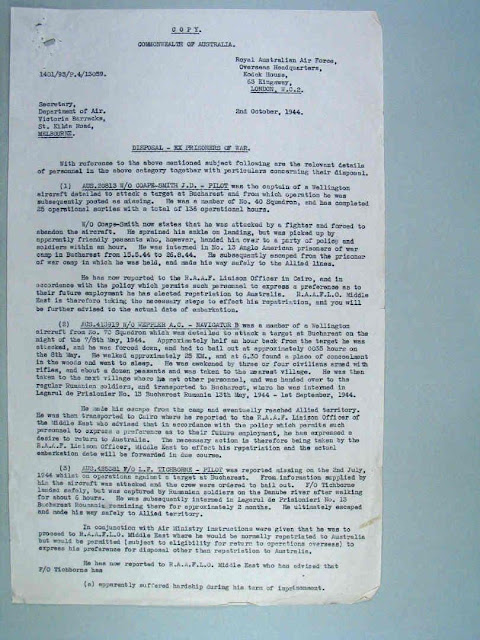 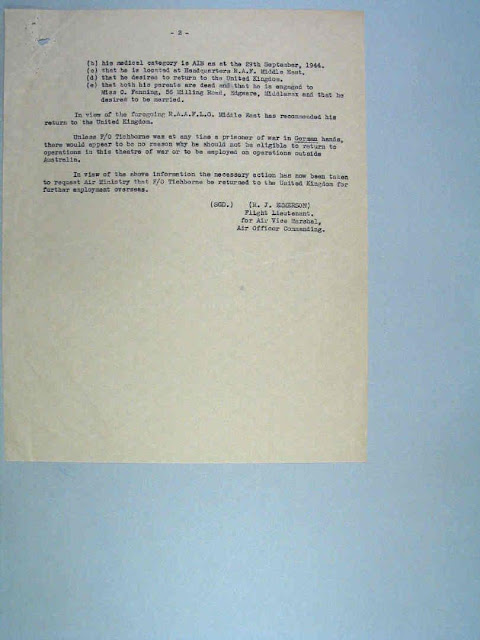 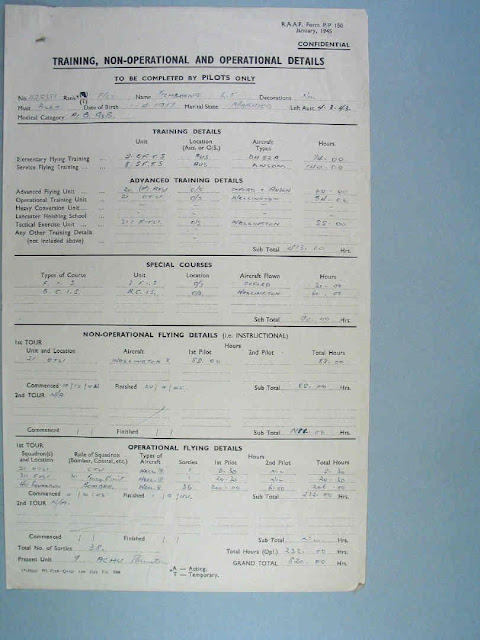